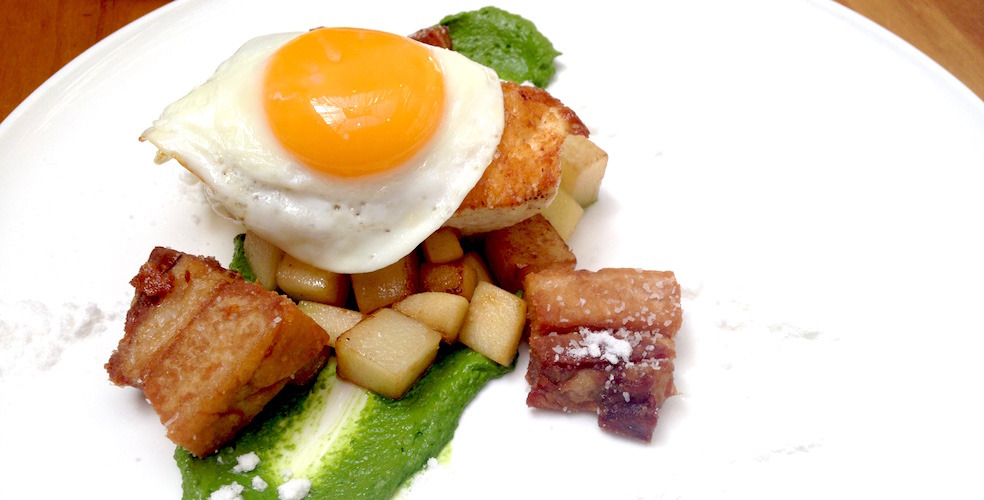 We’re taking a tasty tour of Vancouver’s many brunches to create The Ultimate Vancouver Brunch Guide. This week we’re relishing an oceans-centric brunch at YEW seafood + bar inside the Four Seasons Hotel.

Served Saturday and Sunday from 11:30 a.m. to 2:30 p.m., YEW’s brunch gives diners the chance to order some of the restaurant’s longstanding favourites, like chowder, alongside lighter and smaller dishes like yogurt and granola. 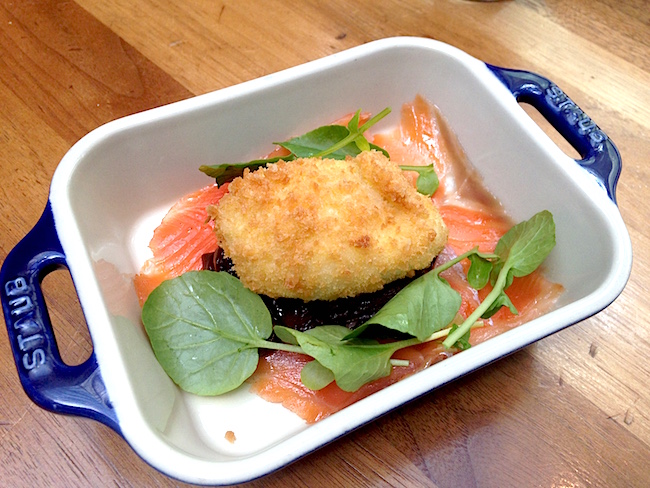 Starter plates can also be the overture to a more extended meal of two to three courses, and include tantalizing options like YEW French Toast made with thick-cut brioche or House-Smoked Salmon served with a “crispy-fried” egg–a glorious golden orb encased in crunchy batter that pairs perfectly with the rich fish. 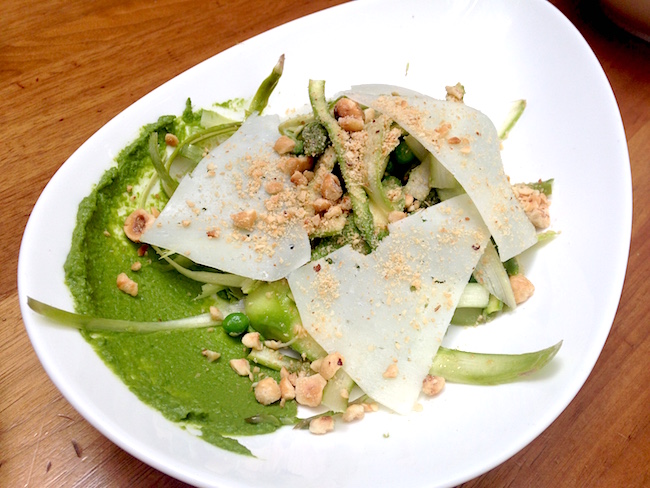 Since YEW is also known as one of Vancouver’s epicure-centres for celebrating seasonal, local produce at its flavour peak, keep an eye out for fresh, vibrant, timely dishes like their Asparagus Salad with Green Pea Salsa Verde and Manchego Cheese. 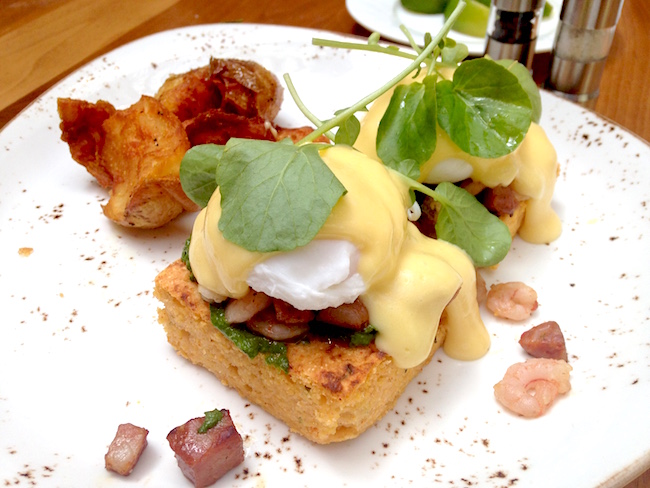 When it comes to the main (dish) event, YEW’s brunch entrees run a tantalizing gamut from the traditional to the very unexpected. Diners seeking the comfort of an omelet, Bennys, or frittata will easily have their cravings met. However, for more unique brunch plates, YEW shines with offerings like the Hidden Egg, which plays on visual and textural surprises, tucking an unctuous poached egg amidst several iterations of cauliflower preparations, summer truffle, and parmesan; don’t worry, you’ll easily find the egg, and enjoy scraping its sunny yolk into the myriad of white bites on the plate. 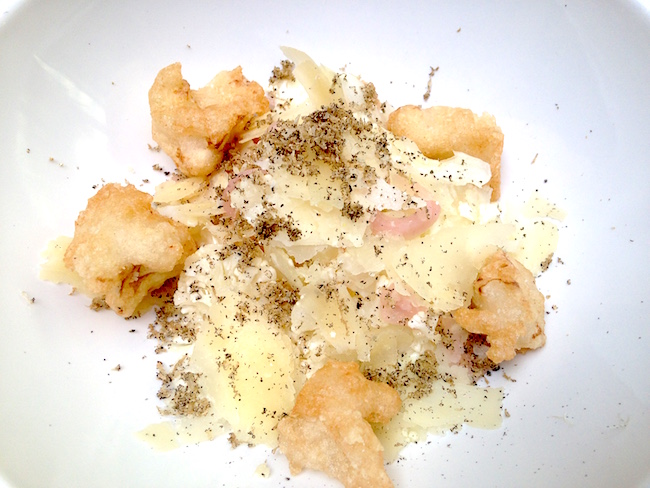 Another pleasant surprise is their Golden Potato Gnocchi, served with cashew cream, ricotta cheese, mushrooms, quinoa and hemp heart crumble, and a fried egg. Gnocchi, as it turns out, is a perfect pillowy foil for the nutty crunch of this healthy crumble, the richness of mushroom, and, of course, the perfectly fried egg. 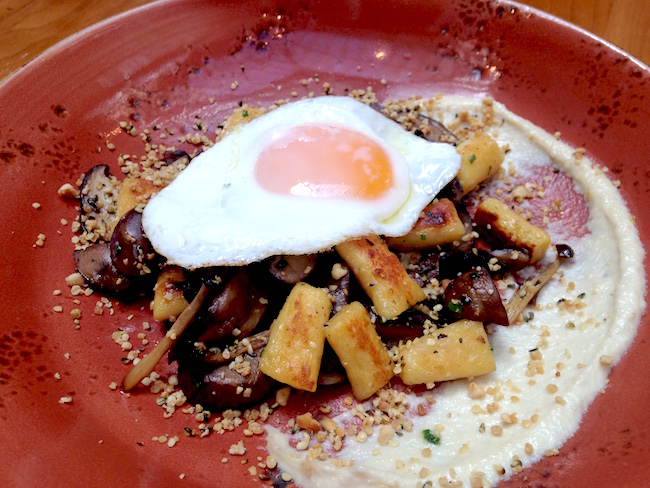 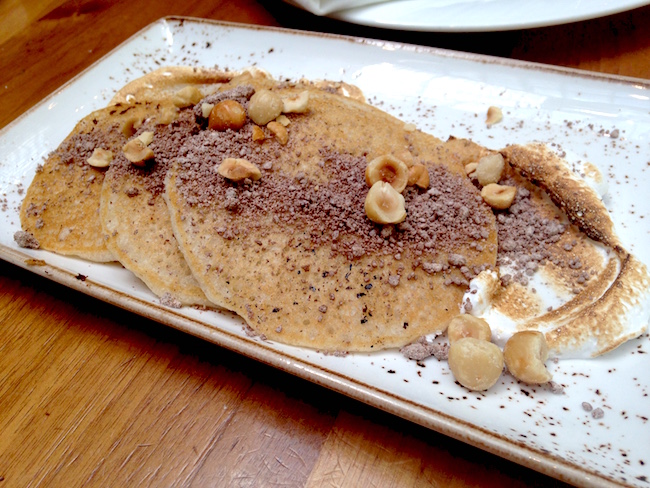 Diners keeping gluten-free will appreciate their fluffy Cloud 9 pancakes with a playful sprinkling of Nutella powder, and will find plenty of items that fit their dietary bill, as will vegans and vegetarians. 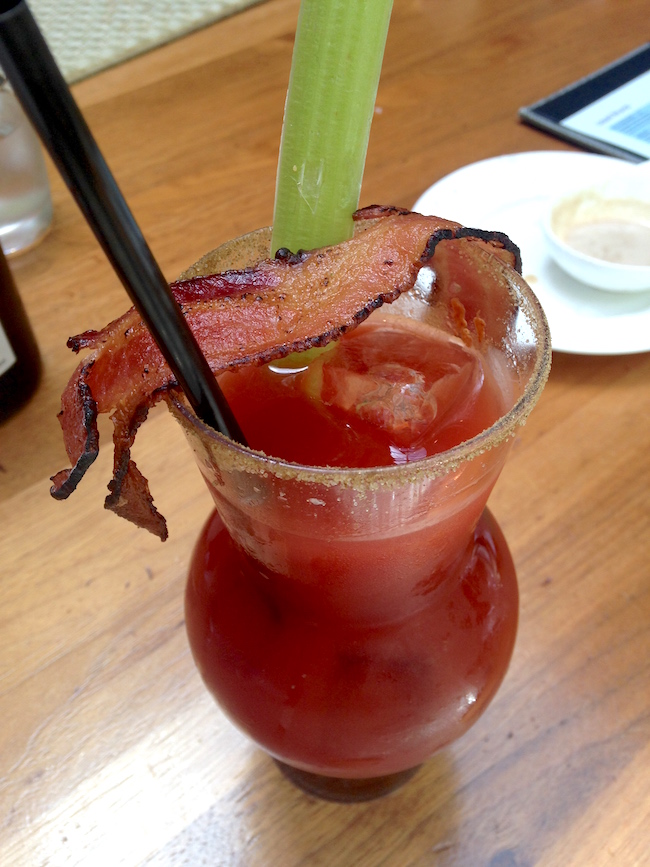 The cocktails at YEW are always dazzling (something like the Icy Pancakes from their Oceans drinks menu is a perfect fit for day drinking) and their Caesar comes with a porky perk: bacon! They’re also pouring Mimosas, and have their excellent wine list from which to choose the ideal brunchtime sips. Speaking of wine, if you’re brunching on Sunday, diners can take advantage of Wine Down Sundays, when every single bottle of wine is available for 50 per cent off–a pretty amazing deal.

If you dare to save room for a sweet finish there are plenty of choices, including pastries and treats that showcase the best of seasonal fruit–right now its fresh B.C. blueberries in all their glory. There’s a rich, velvety German Quark Cheesecake with Blueberry Compote and a zippy Lemon Ice Cream, or you can pick from a tempting array of ice cream and sorbet flavours for some sweet scoops. And if you’re willing to ask, they just might make you some of their melt-in-your-mouth and light as air mini donuts with Earl Grey creme anglaise dipping cream. 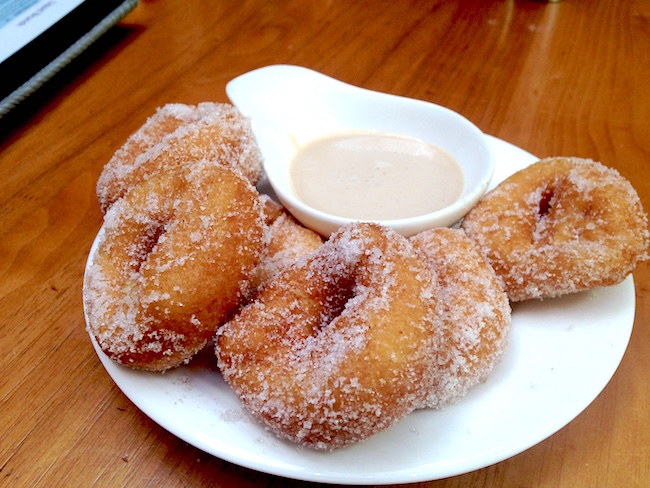 YEW may not be on everyone’s radar come weekend mornings, since it often harkens to weekday power lunches or a well-heeled repose for Vancouver’s visitors, but it can be a treat for locals to relax and enjoy the Four Seasons’ elevated hospitality and YEW’s delectable food during their weekend brunch.