YEW seafood + bar at the Four Seasons launched their globally-inspired and ocean-themed drinks menu earlier this year, and now they are adding to their fleet of international cocktail options. On Monday, October 5, a set of five new drinks by acclaimed bartender Lauren Mote will debut during “reverse happy hour.”

Created to honour five of the Four Seasons’ oceanside properties around the globe, the drinks use premium spirits and exciting ingredients, and each represent a kind of taste experience to suit a diversity of drinkers’ preferences.

On the lighter end of the spectrum, the Papyagayo Daiquiri (inspired by the Costa in the Central Pacific Ocean) is a play on a Caipirinha, and features Flor de Cana four-year-old white rum, lime, lime leaf, lemongrass, and Nanto oolong tea. The drink is light and refreshing, not too sweet, and a perfect cool-down kind of cocktail for easy sipping.

Also on the lighter side of things is the Mahé Royale is a nod to the Seychelles in the Indian Ocean, as well as the familiar bubbles-based French 75. here, Pierre Ferrand 1840 Cognac adds rich, amber notes to the bubbles, brightened by the citrus of lemon juice, and the addition of galangal and fenugreek for a bit more jazz. 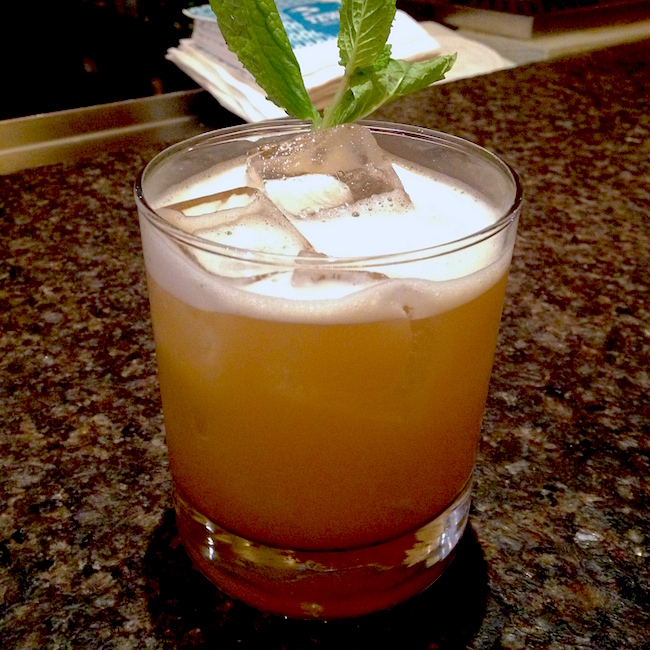 Lovers of tropical, more tiki bar-style sips will want to try the Matira Beach Punch. Drawing inspiration from the Kiliki Cooler Cocktail and its signature fruit and tart notes, a mix of Flor de Cana seven-year-old white rum, pineapple, kalamansi, coconut and Red Fynbos Rooibos tea, and plum and rootbeer bitters is the perfect getaway drink. A crowd-pleaser among those lucky enough to have had a preview taste, this cocktail can almost transport you to a hammock by the turquoise waters of Bora Bora.

Those who like their drinks to include a bit of a kick will get a kick out of the Joe Vs. Paricutin. Named in honour of a Mexican volcano (and, with a nod to a classic Tom Hanks-Meg Ryan flick), this hot little number is based on the unique flavour profile of Ocho Blanco Tequila paired with lime, hibiscus flowers, ginger beer, and Shanghai Rhubarb bitters. Zing!

Lastly, for the more cerebral tropical cocktail lover, the spirit-forward Valley Isle Sour calls on the lesser-celebrate tastes of Maui. It’s a complex drink–kind of a fun tastebud puzzler–that offers the palate much to consider…and enjoy. It’s got Citadelle Gin (a French gin with numerous botanicals), Campari, Green Chartreuse, Lillet (see what we mean about “spirit-forward”?), lime, elderberry and raisin cordial, and Clingstone Peach bitters.

“Reverse” happy hour at YEW starts at 8 p.m., which gives those who are working, shopping, dining, sightseeing, or meeting in the area an option for great drinks and light bites outside of the scope of a full-on dinner or bar service. The “Four Seasons Tropical Collection” is only available at the bar, and is on offer alongside special new bar bites created by YEW’s stellar chef, Ned Bell.