How many more times is this going to happen?

On the evening of Thanksgiving Monday, a taxi was seen precariously “parked” on the same problem set of stairs just outside Irving K. Barber Learning Centre at the University of British Columbia.

UBC student Shikha Walia witnessed the incident just after 5 p.m. She told Vancity Buzz that the taxi driver hit his head on the steering wheel hard upon the front bumper’s impact with the pavement.

The taxi driver took the matter into his own hands by pushing the vehicle down the stairs and onto the East Mall.

However, the car was severely damaged from the impact. “He said he didn’t know there was a flight of stairs ahead,” said Walia.

This is the third incident since Sunday, October 5 when a Mercedes SUV got caught on the staircase. Another incident occurred on Saturday, October 11 involving a Volkswagen, and a tow truck was promptly called to free the vehicle from the stair incline.

The area that all three vehicles traveled through is a pedestrian-only zone, however, the area lacks proper signage and barriers such as bollards to prevent unauthorized vehicles from entering. 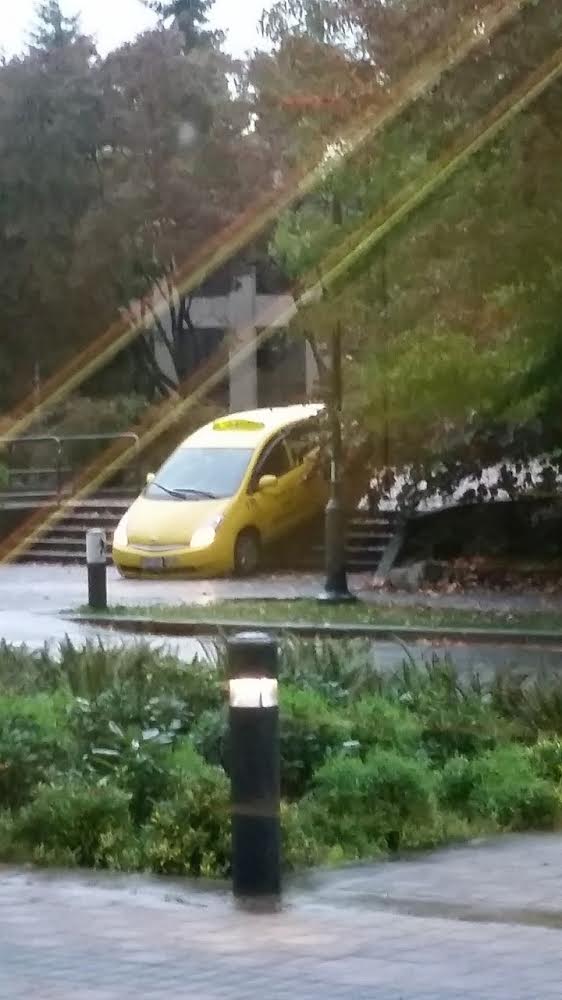 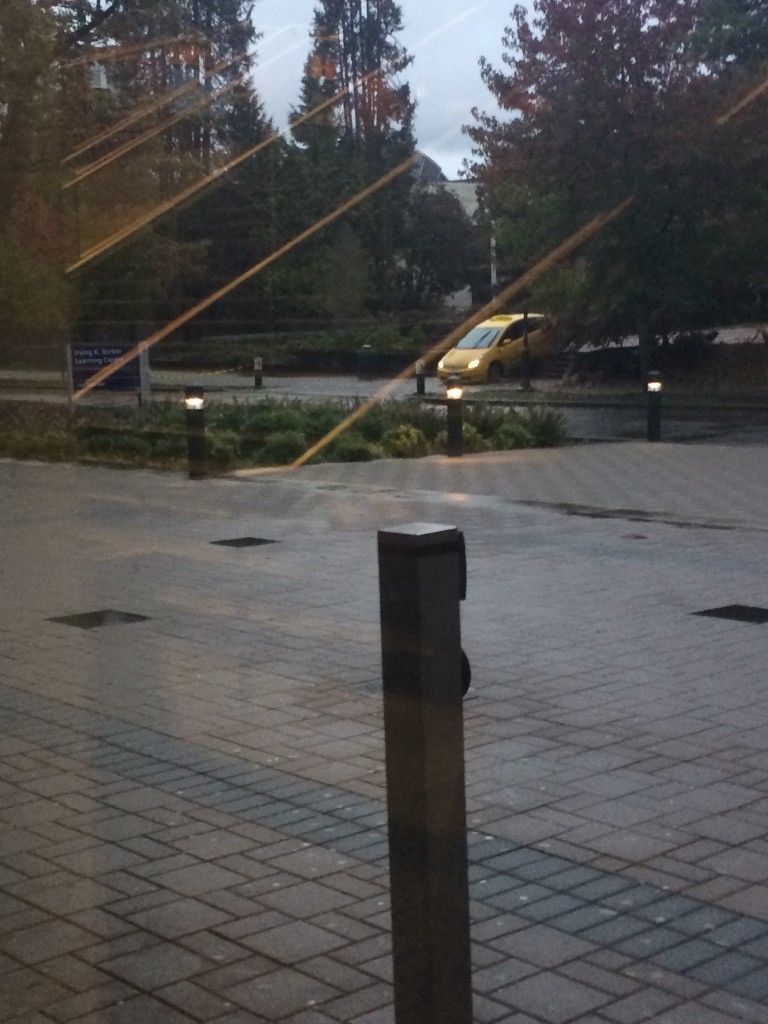