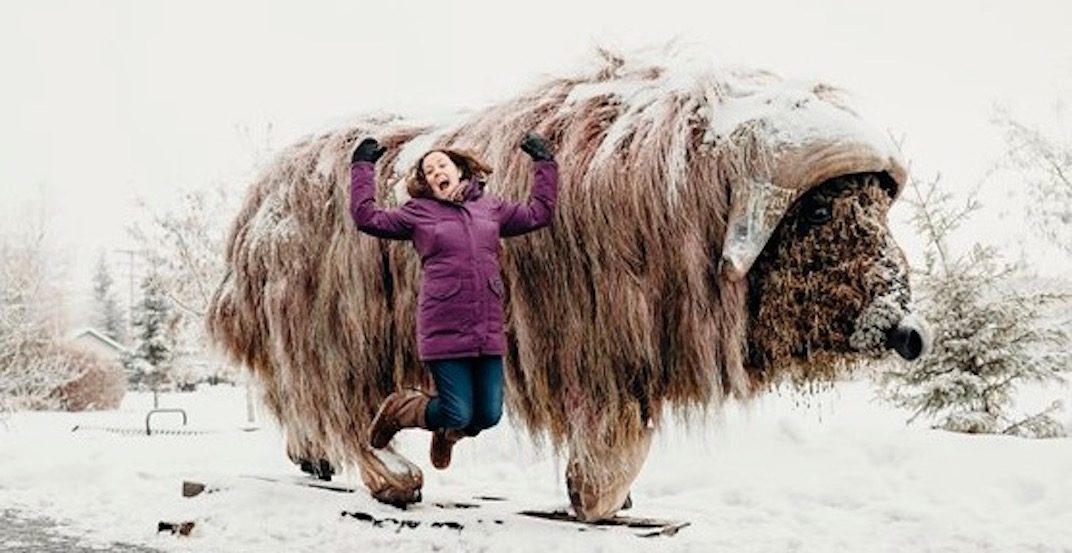 A new sculpture of a lifelike muskox in Yellowknife has been given a hilarious name.

The Arctic hoofed mammal, located in the city’s Somba K’e Civic Plaza in front of the City Hall steps, will now be known as Elon Muskox, aptly named after tech billionaire and Tesla CEO Elon Musk.

This name was officially chosen from 300 submissions, part of a contest to name the piece, which was donated to the city.

Prior to taking its position in front of City Hall, Elon Muskox represented the Northwest Territories as part of an exhibition displaying a variety of mosaïcultures artworks. This medium of art is described as combining sculpture, paint, and horticulture.

Locals and visitors can view the muskox in the plaza until a permanent location is found.

When you take a photo not knowing that one day they will be famous! #ElonMuskox #Yellowknife pic.twitter.com/tQJjNaHH8m