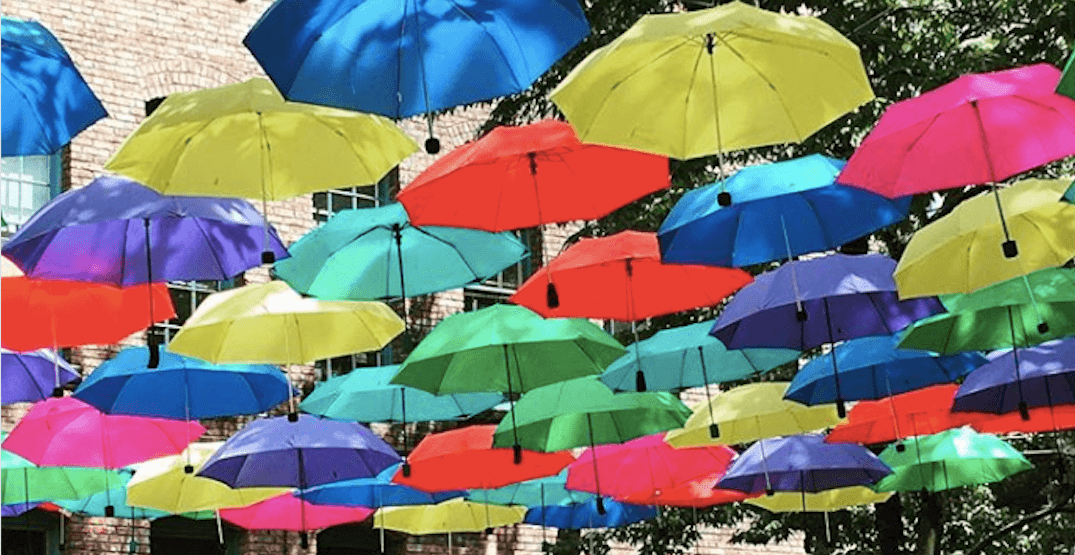 After being installed back in the spring and appearing on numerous Instagram feeds ever since, those colourful umbrellas hanging in the air at Bill Curtis Square, next to Yaletown-Roundhouse SkyTrain station are set to come down soon.

The Yaletown BIA tweeted this week that those hoping to check out all the pretty colours for themselves have exactly one week left to do so.

We hope you all enjoyed #Underbrella at Bill Curtis Square! Unfortunately, this is the last week you can enjoy it. But here is the good news: we are already working hard on our next display! We would also love to hear about your ideas. What do you want to see next? pic.twitter.com/8iSvWH6ASt

While the Yaletown BIA says that it’s already “working hard” on its next display, it has not released any further details at this point as to what exactly that is.

So in the meantime, if you’re looking for an excuse to get out of the house despite the rain in the forecast, this might be the perfect opportunity to do so.

Hey, the umbrellas are already there for you, right?