Craving an authentic Montreal smoked meat sammy? Look no further than PHAT in Yaletown! Made the traditional way, it’s about an inch of thinly shaved smoked meat, piled between two slices of marble rye, (Seinfeld?). You get your choice of mild or hot mustard but other than that, it’s pretty no frills. 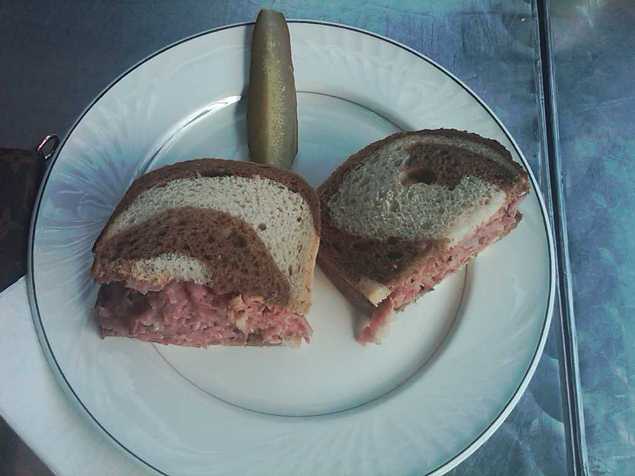 They know what they are doing so just take it as it comes. Most of the other sandwiches here come with coleslaw but not this smoked meat baby. It’s simply a pile of meat and a pickle. Still not sure how thick the meat is? 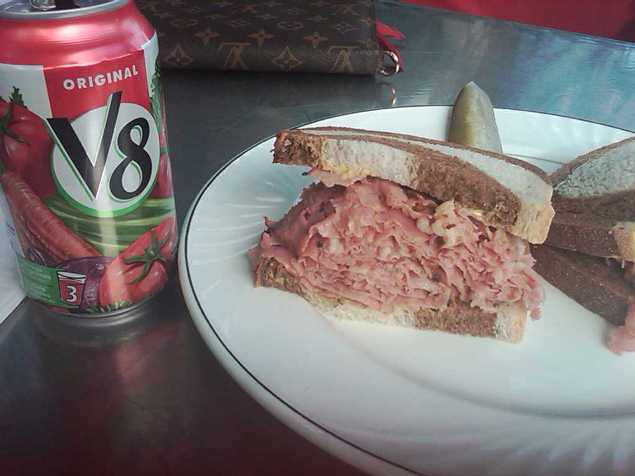 Compare it to my V8! It is a lot of meat, but I managed to finish it. The bread wasn’t toasted but the soft bread and thinly sliced smoked meat were a perfect combination. The hot mustard is pretty hot, but they don’t smear it on too thick so it’s a good kick to the sandwich. 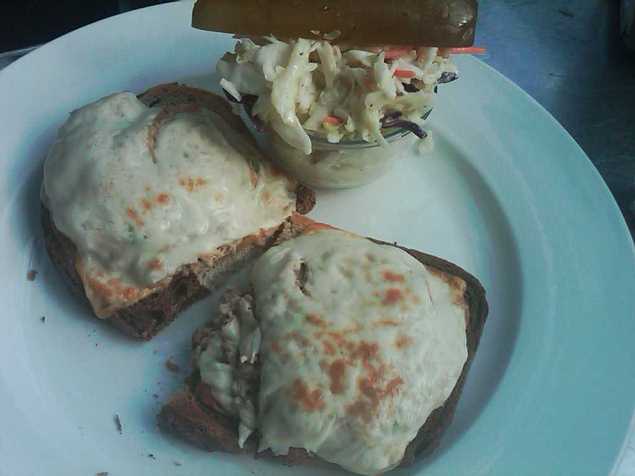 My mom had the Tuna Melt and it’s served with a small cup of coleslaw and a giant pickle. Normally made with a bagel, they made it rye at my mom’s request. They use two cheeses here. They start off with cheddar, add some tuna on top, and then smother it all with mozzarella. Once the whole thing melts, the aged cheddar’s flavour comes through, with the added gooey goodness of the mozzarella. Brilliant! 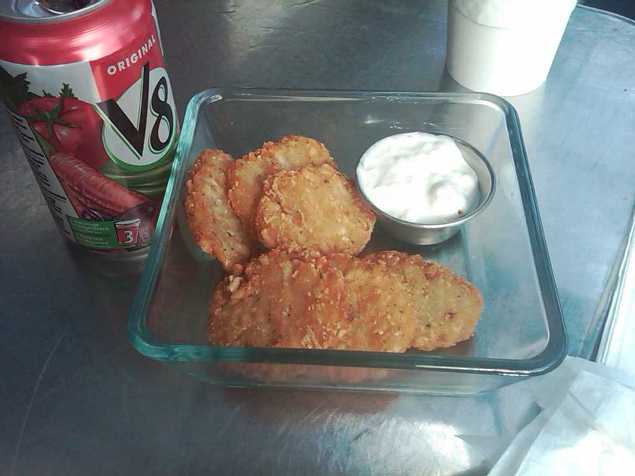 They also have latkes! Seeing as we had ordered two sandwiches already, we just got a side order. It is served with a side of sour cream that you can smear on top, but I went without. These arrived piping hot, weren’t too oily and with a good crunchy exterior and a soft chewy inside.
Last year, they opened PHAT”TER”, a sports bar and family friendly restaurant next door featuring 50″ TVs. Menu item there include nachos, roasted BBQ chicken and ribs. I’ll be visiting soon to sample! They also have an iPhone app so that provides you with their menu, daily specials and special offers. You can also order your meal ahead of time, too!