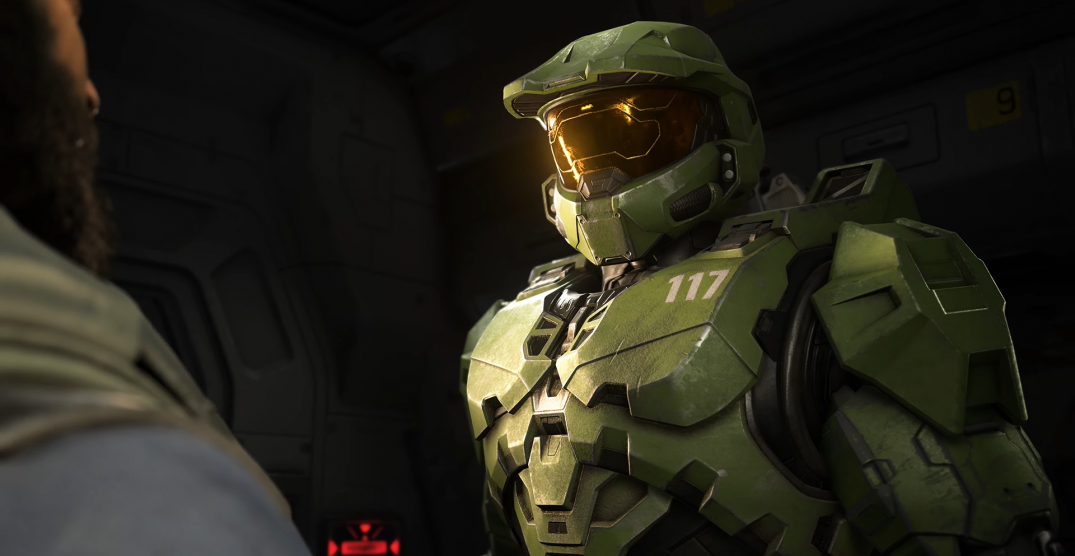 Today, Xbox and Microsoft lifted the lid on their upcoming games slated to release on Xbox Series X this holiday season. Most importantly, we got our first look at the largest Xbox-exclusive franchise in history: Halo.

With a bit of time put in between the large PlayStation 5 reveal event, it was finally time for Microsoft to match Sony and give their fans a mountain of things to look forward to.

From first-party studios making some of the most prolific sequels to historic franchises to surprise announcements, here are all of the games revealed or shown during the Xbox Games Showcase.

With 10 minutes of actual gameplay — believed to be the demo portion that is soon to arrive on Xbox consoles and PC — we finally got a first look at Halo: Infinite, and it looks stunning. The sounds and the movement all bring major Halo: Combat Evolved vibes, sending shivers down the spines of all long-time Halo fans.

This cinematic world-premiere trailer had us all fooled. With the creepy intro to a mystery character and a rabid screaming zombie deer, it’s unclear as to whether the serious tone of the trailer was the part that tripped everyone up, or that no one saw another State of Decay coming.

Many wondered why Xbox hadn’t been highlighting the next Forza (Xbox exclusive) title, leading up to the launch of the next-gen console. Now, we know that’s because there isn’t much to show yet. Turn10 Studios gave us a glimpse today, with a brief teaser.

From Rare, this strange and obscure game is still unclear. Even with this new trailer. Something about the connection players will have with the creators of this world, and the help that they can provide the players. Otherwise, not a whole lot is known.

The next title in the pinnacle library of story-based choose-your-own-adventure-type games from DontNod Entertainment, Tell Me Why takes players on a whole new journey with new characters and a new setting.

Ori and the Will of the Wisps

Xbox also announced that their flagship side-scrolling Metroidvania game Ori and the Will of the Wisps will be optimized for the Xbox Series X this holiday season.

The first of two planned additions to the core story of The Outer Worlds, Obsidian’s latest sci-fi RPG (a la Fallout). This goofy take on a perilous story continues to impress fans of classing shooter-based role-playing games from Obsidian.

Part Fortnite‘s survival mode, part Honey, I Shrunk the Kids, this new party game from Obsidian allows players to craft and survive in a real-world scenario in which you and your pals have been shrunk and must now face tiny adversities as larger-than-life obstacles.

The world premiere of Obsidian’s newest large fantasy RPG. The first in the Obsidian and Microsoft relationship, this first-person game gave us major amped-up Elder Scrolls vibes in the brief look.

Intriguingly beautiful art style shows off this story-driven game in a world premiere that gave players a small tease of the story and characters without actually showing off much.

An indie darling that dazzled gamers with story and visuals — the follow-up to Senua’s Sacrifice looks to amplify the heavy-hitting themes of the first game, with updates to the franchise’s class-leading graphics. Today, developers Ninja Theory revealed a developer diary video.

Double Fine’s crowning glory, Psychonauts is due to get their long-awaited sequel in the coming months, and we got another look at the behind-the-scenes creation of the game and a small chunk of gameplay.

Bringing the Bungie mega-franchise to the Xbox Games Pass, which includes all of the game’s DLCs, all as part of the Xbox subscription service, including next-gen optimizations.

The beloved PC franchise is making its true console debut with Xbox’s next-gen system, bringing tense survival and gun-fight gameplay to the Series X this winter.

This reveal trailer came as a surprise and showed us very little. The jury is still out on whether or not Darktide will be a game to look forward to.

An update is coming to the critically acclaimed Tetris Effect, including optimized next-gen single-player gameplay and a new multi-player mode that was teased but not detailed.

The Gunk is a neat third-person action-adventure game set in a sprawling beautiful world plagued by mysterious gunk.

A terrifying adventure game in which you play as a medium. Thanks to the power of Xbox Series X, The Medium touts two dimensions of the same world, rendered simultaneously as players navigate this scary story.

Phantasy Star Online 2: New Genesis will be coming in 2021. Offering players limitless adventure and unparalleled character customization. The game has been redesigned as a best-in-class online action RPG experience.

An insanely popular game in Asian markets, Crossfire is finally landing in the west, with updated graphics and new gameplay.

A teaser for the upcoming Fable reboot finally cements the rumours that have been circling the internet for what has felt like years. They didn’t show much, other than that the developers are leaning into the franchise’s humour.

Featuring all of the games announced, shown, or revealed during the Xbox Games Showcase, this nice little hyped-up wrap of today’s stream is more than enough to get gamers vibrating in excitement.