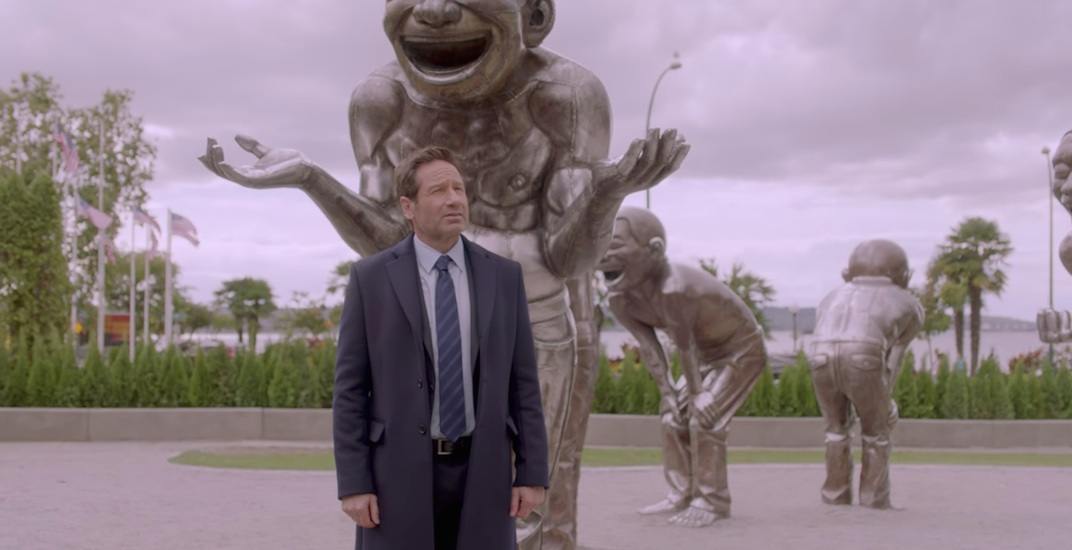 The setting of these scenes sure look familiar.

20th Century Fox Television has released the first trailer of the much-anticipated upcoming 11th season of The X-Files, which continues from the six-episode revival season cliffhanger.

Filmed in Vancouver, it stars David Duchovny and Gillian Anderson returning to their roles as FBI agents Fox Mulder and Dana Scully.

The trailer begins with the final scene of the last season finale shot from Vancouver’s Georgia and Dunsmuir viaducts, and ends with Mulder standing next to the A-maze-ing Laughter statues in English Bay.

This upcoming season appears to be packed with action, and it centres on Mulder and Scully’s continued search for their lost son William.

Season 11 consists of 10 episodes and premieres in January 2018.