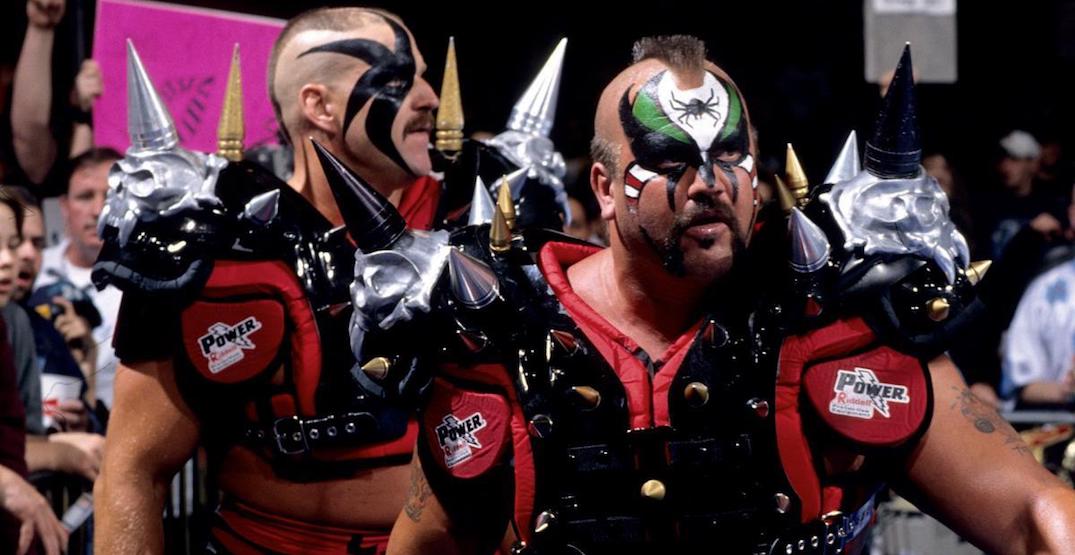 The WWE has announced that “Road Warrior Animal,” whose real name was Joe Laurinaitis, has died at the age of 60.

“Animal” was one half of a popular tag team that rose to fame in the 1990s known as the “Legion of Doom” in the WWE. Along with his tag team partner, “Hawk,” the duo was known for wearing face paint and arriving to the ring in metal-spiked shoulder pads.

Animal and Hawk were also known as the “Road Warriors” and competed in multiple pro wrestling circuits, including WCW. They were inducted into the WWE Hall of Fame in 2011.

RIP Animal,love you my brother, I know you and Hawk have a lot of unfinished business to take care of! God speed and blessings to your beautiful family,one love4Life. HH

I Am More Than Saddened To Hear Of The Loss Of My Good Friend And GREAT Opponent Joe Laurinaitis Of The Legendary Road Warriors. They Were Iconic! The Road Warriors And The Four Horsemen Drew More Money And Had More Fun And Entertained Fans Worldwide At The Highest Level. RIP 🙏🏻 pic.twitter.com/eiZ2udqGNm

Unfortunately, Animal’s death is just the latest in a long line of pro wrestlers who have died at a young age. Animal’s tag team partner, Hawk, whose real name was Michael Hegstrand, has also passed away, dying of a heart attack in 2003 at the age of 46.