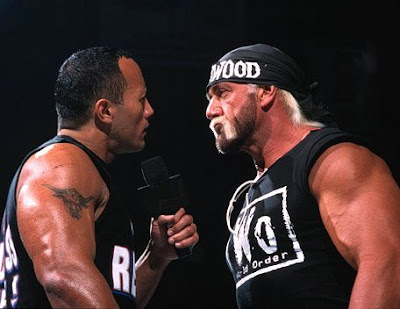 After hosting a very successful event attracting the business and wealthy elite from all over the world, Vancouver wants to host another major event. An event that perhaps has a somewhat different crowd, think more mullets. Yes folks I’m talking about WrestleMania. Now I remember as a kid and teen (the N.W.O. days were amazing) watching it religiously. However, since then I haven’t followed the WWE. Is it still even popular?
According to one of our intrepid writers Money J Skeets the people are still in love with wrestling, or perhaps he is simply feeling nostalgic with WrestleMania just around the corner. He even has some funny promos in store for you so be on the look out, or not.

It is said that it will pump approximately $50 million into the local economy and with a new roof on BC Place this may be the showcase event for it. The bid committee is thinking 2013 or 2014. Here is the press release from the WrestleMania Vancouver Bid Committee:

In January 2010, the WrestleMania Vancouver Bid Committee was formed to work with local venues, businesses and organizations to bring the World Wrestling Entertainment (WWE) WrestleMania event to Vancouver.

WrestleMania weekend is made up of charitable events, a Hall of Fame induction, a pay-per-view event and a live cable broadcast. The weekend has the potential to bring in nearly $50 million into our local economy while once again showcasing our amazing city and province to the world.

Committee Chairman, Dave Teixeira, has secured the support of the Vancouver Athletic Commission (VAC) who wrote a letter to the WWE which in part reads:

Over the years Vancouver has been host to many world-class events with one glaring exception, WrestleMania. It is now with great pride and privilege that the Vancouver Athletic Commission is prepared to assist the WrestleMania Vancouver Bid Committee in hopes of bringing this prestigious event to Vancouver the home of the 2010 Olympic and Paralympic Winter Games. Should you choose to bring WrestleMania to Vancouver we will be ready to process your event.

Let’s see how this plays out. More likely than not, Vancouver will be able to land it as WrestleMania hasn’t graced this part of Canada yet.