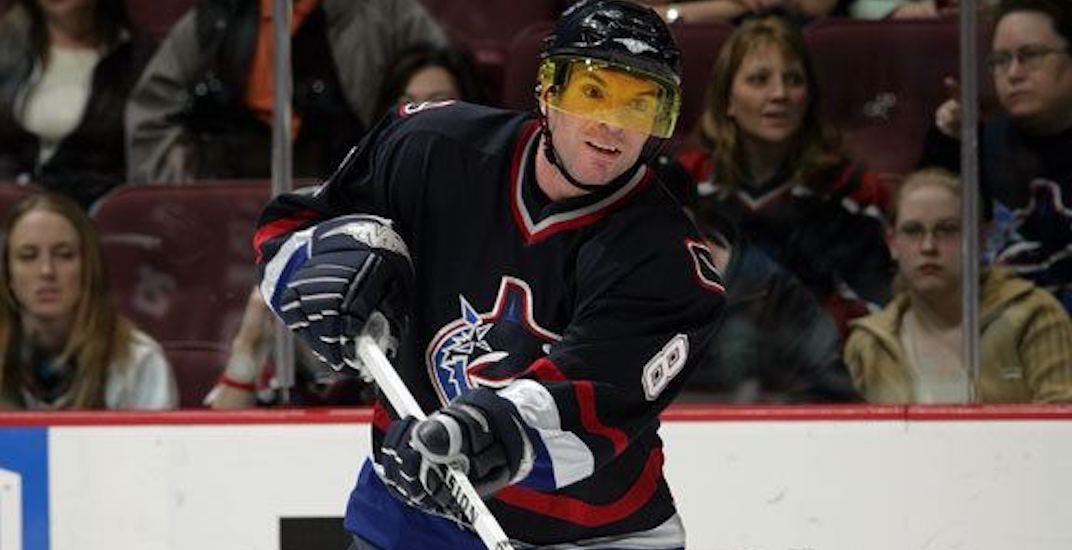 In fairness, there’s no loss on here that was as monumental as Cam Neely for Barry Pederson.

I would argue that the Canucks trade deadline wins were greater than their losses. As you can see below, there’s not a ton separating the worst trades here, forcing me to cheat a bit with the number one pick on this list.

The moral of the story of these trades shouldn’t be new…trading draft picks for old guys usually doesn’t work out.

After helping the Canucks to the Stanley Cup Finals in 1994, Murray Craven sat out the beginning of the shortened 1994-95 season over a contract dispute.

Just under a month before the deadline, the Canucks shipped Craven to the Chicago Blackhawks for Christian Ruutu. Ruutu played 25 unnoteworthy games for Vancouver, and he was out of the NHL by the next season.

Craven went on to have a few more good years in the NHL. However, he did help the Chicago Blackhawks sweep the Canucks in the 1995 Conference Semifinals. Ouch.

Jim Benning made some trades that were criticized before working out (see: Thomas Vanek for Tyler Motte). This trade was the opposite of that.

Fans were generally interested to see what the former 13th overall selection would bring to the Canucks. Despite some moderate success, Sven Baertschi has now spent two years as an AHL forward making more than $3 million per season.

Meanwhile, Calgary selected defenceman Rasmus Andersson with the pick acquired in this trade. He’s currently a right-shot, top-four defenceman for the Flames.

A diminutive, talented forward who had some moderate success with the Florida Panthers, Jesse Belanger struggled in his short time as a Canuck. He played a combined 12 regular season and playoff games for Vancouver, and he was largely a healthy scratch during the 1996 playoffs.

The Panthers went on to select Oleg Kvasha with the Canucks pick. Kvasha was a talented middle-six forward who went on to play nearly 500 NHL games. Belanger played only 36 more NHL games in three different cities after he was released by the Canucks following the 1995-96 season.

February 26, 2007: Canucks acquire Bryan Smolinski from the Chicago Blackhawks in exchange for a second-round pick

This is something you probably wouldn’t see in today’s NHL… a second-round pick traded for a 35-year-old.

That’s what Dave Nonis did during an underwhelming 2007 trade deadline. Smolinski made marginal contributions in the 2007 playoffs. However, judging by the Canucks draft choices early on in 2007 draft, perhaps they were better without picks anyways.

6. Disgruntled prospect goes for nothing

This one is tough to judge, since R.J. Umberger was never going to play for the Canucks. However, Martin Ruchinsky struggled, playing 20 underwhelming playoff and regular season games with the Canucks.

Umberger went on to play 779 NHL games, although none of them were with the Canucks or the Rangers.

Brent Sopel’s return to Vancouver in this trade was underwhelming, and it was best remembered for the cracker incident.

He was marginalized in a third-pairing role, had no points in 11 playoff games, and signed as a free agent with the Blackhawks the following season. Sopel would find a good home there, winning the Stanley Cup in 2010.

Meanwhile, the Kings went on to draft Wayne Simmonds with the second-rounder from this deal.

With Manny Malhotra never returning to form after his gruesome eye injury, general manager Mike Gillis was eager to find a comparable player for the bottom six.

That led Gillis to acquire 34-year-old Samuel Pahlsson from the Anaheim Ducks. Although Pahlsson was a valuable bottom-six centre with the Ducks when they won the Cup in 2007, he was far past his prime by the time he joined the Canucks in 2012.

Vancouver was Pahlsson’s last NHL stop, and finished his career in Sweden after the 2011-12 campaign.

While fourth-round picks are basically dart throws, Columbus hit on one of those picks from the Canucks, drafting winger Josh Anderson at 95th overall.

February 26, 2008: Canucks acquire Matt Pettinger from the Capitals in exchange for Matt Cooke

Matt Cooke might have been generally regarded as a dirty player, but that doesn’t excuse the Canucks for losing this trade.

In fairness, Cooke was in the midst of a down season with the Canucks in 2007-08. He was on an expiring contract, and since Nonis apparently wasn’t going to re-sign him, he dealt him for another struggling player in Matt Pettinger.

Pettinger largely struggled with the Canucks, and he bounced around between the AHL and NHL for the rest of his career. Cooke, on the other hand, played in nearly 500 more NHL games between Washington, Pittsburgh and Minnesota, winning the Stanley Cup with Pittsburgh in 2008.

April 2, 2013: Canucks acquire Derek Roy from Dallas for Kevin Connauton and a second round pick

We’re getting into the Canucks Hall of Fame for failed deadline pick-ups here.

Derek Roy was brought in to bolster the offence in 2013, which was motivated by Ryan Kesler battling injuries. However, Roy was never the same player himself after suffering a torn quad tendon in 2010-11. He struggled in Vancouver and was a non-factor as the Canucks got swept by the lower-seed San Jose Sharks in 2013.

Kevin Connauton has played over 300 NHL games as a serviceable depth defenceman.

There isn’t one deadline deal that stands out as the worst, but Dave Nonis’s work at the 2006 trade deadline has to be considered an absolute bust.

Wenrich was especially abysmal, but the three defenceman posted a combined two assists (both Carney’s) in 46 games, and finished as a -21 plus-minus. Weinrich and Brown were out of the NHL completely after the 2005-06 season.

Noronen was also a bust, let in 10 goals on 77 shots in four appearances. He was also traded straight up for the second round which Buffalo used to draft goaltender Jhonas Enroth.

All in all, the Canucks gave up four draft picks for four players who were more of a liability than anything else. They went 6-9-3 after the deadline, and missed the playoffs by three points.

As a whole, this has to be considered the worst trade deadline in Canucks history.