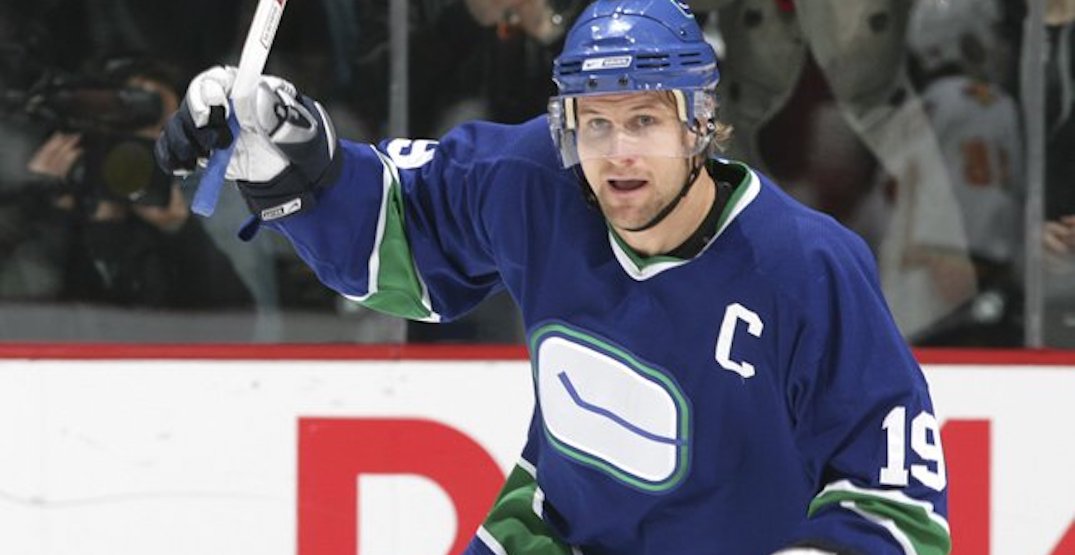 Let’s preface by saying that this trade deadline is likely going to be a silent one for the Vancouver Canucks.

As COVID-19 continues to rip through the team, it’s hard to see general manager Jim Benning being able to do much ahead of the April 12 deadline.

With the Canucks embroiled in a nightmare scenario, some levity and positivity seems needed. That’s why I’ve put together this list of the best trade deadline deals in Canucks history.

From minor wins to absolute blockbusters, here are the 10 best trade deadline deals in Canucks history.

One of the biggest travesties during Pavel Bure’s time in Vancouver was that he never played with an elite centreman.

Arguably, one of the best centremen that Bure played with was veteran Murray Craven. While Robert Kron had some modest NHL success following this trade, he never surpassed 55 points in a season, the total which Craven posted during the 1993-94 season with the Canucks.

Add in the fact that the Canucks drafted 829-game NHL veteran Scott Walker (who they lost in the 1998 expansion draft to Nashville), and this trade ends up as a clear win.

This was a shrewd pick-up by Pat Quinn during his first trade deadline with the Canucks. After trading for Kirk McLean earlier in the year, Quinn then peddled enforcer Craig Coxe for Brian Bradley.

Bradley was a productive player in Vancouver for parts of four seasons. Coxe played seven games for the Flames, and actually returned to the Canucks after being claimed off waivers in 1989.

Marginalized by the appearance of Larry Murphy, the single-season record holder for points from a rookie defenceman, defenceman Doug Halward saw his production decrease dramatically with the LA Kings in 1980-81.

General manager Jake Milford picked up Halward for a measly fifth-round pick. Halward spent seven seasons in Vancouver, posting a career-high 19 goals and 52 points back in 1982-83.

Burly defenceman Erik Gudbranson was nothing more than an expensive liability during his three seasons with the Canucks. The fact that Benning was able to trade him for the most consistent winger of Bo Horvat’s career was a clear win for Vancouver.

March 2, 2014 unofficially signalled the end of the Roberto Luongo era in Vancouver.

After months of trade rumors, John Torotella’s decision to bench Luongo in favour of Eddie Lack in the Heritage Classic expedited the goaltender’s trade from Vancouver.

In a tough situation, Gillis has to be applauded for grabbing Jacob Markstrom and useful bottom-six forward Shawn Matthias in the deal. Yes, we will never forget the Matthias hat trick.

The 2011 deadline deals for both Chris Higgins and Maxim Lapierre were both well regarded, but there’s two reasons why this was the only deal that made the list.

Firstly, Higgins was a more valuable player. He became a staple of Vancouver’s middle-six for the next five seasons after the trade.

Spoiler alert, but Quinn utilized trade deadlines in the 1990s to build the ’94 team.

That began in 1990, where Quinn used a second-round draft pick acquired earlier in the day from St. Louis and used it to trade for defenceman Jyrki Lumme.

Lumme ended up winning the “Babe Pratt Award” for the Canucks best defenceman four times during his career in Vancouver.

An awkward and drawn-out contract dispute with Petr Nedved led to one of the best deadline deals in Canucks history.

In 1994, the Blues signed Nedved, who was a restricted free agent. Because of this, an arbitrator awarded the Canucks a second-round pick, along with Craig Janney.

With both the Blues and the Canucks reportedly unsatisfied with what transpired, the Canucks quickly traded Janney back to the St. Louis Blues for three pieces that helped them in the ’94 Cup run.

Brown registered 15 points in 24 games in the ’94 playoffs. Hedican was a staple on the Canucks blue line for parts of six seasons, and Lafayette played the best hockey of his career (post aside) in the following postseason.

In this trade, the Canucks acquired two talented BC boys in Geoff Courtnall and Cliff Ronning from the St. Louis Blues, along with tough customer Sergio Momesso and depth defenceman Robert Dirk.

Looking back, it’s hard to see how Quinn extracted so much value in this deal. In terms of production, Dirk was comparable to Garth Butcher, and Momesso was comparable to Dan Quinn. Courtnall and Ronning ended up being the two best players in the deal by far, and they both played roles for the Canucks during the 1994 run.

To this day, it’s hard to fathom how these two players were traded for each other.

Alex Stojanov, despite being a seventh overall pick, had one assist in 58 games during the 1995-96 season.

Markus Naslund, on the other hand, began the 1995-96 season with 36 points in 29 games. However, his production slowed later in the season and he regularly became a healthy scratch.

Quinn capitalized on Pittsburgh’s impatience, trading for a player that posted 756 points in 884 games with the Canucks. Stojanov, on the other hand, registered seven points in 107 career NHL games in an injury-riddled career.