The design, a 35-storey tower made of wood, is a joint collaboration between Green and French architectural firm DVVD, with collaborations from REI France – a company that specializes in wood construction.

According to the team, the use of wood products for such a development lowers the carbon footprint to an equivalence of keeping 2,207 cars off the road for a year or operating a home for 982 years.

But the proposal’s innovations are much more than just its unique superstructure. The project would be a mixed-use development with market and social housing, a student hotel, urban agriculture, a bus station, e-car hub and other amenities.

Dubbed “Baobub,” the building is an entry into the City of Paris’ Réinventer Paris competition to develop 23 city sites into creative urban uses. The winners will be permitted to purchase or rent the sites to deliver their projects, which double as urban experiments.

The building spans over a site on the Boulevard Peripherique, a ring road expressway in the city. If the design is chosen, proponents hope the project will not only be a global model for sustainable projects but also a gateway into the French capital.

“Just as Gustave Eiffel shattered our conception of what was possible a century and a half ago, this project can push the envelope of wood innovation with France in the forefront,” said Green in a statement. “The Pershing Site is the perfect moment for Paris to embrace the next era of architecture.”

Green has been an advocate for a greater use in wood in development projects, claiming not only do such designs reduce carbon emissions but it is also safer than steel. Charred wooden surfaces protect structural wood underneath whereas steel structures are weakest at the points of where it supports a post. For such designs, laminated lumber beams would be glued under high pressure conditions.

In 2012, Green pushed a vision to build a 30-storey wooden in tower in Vancouver. The following year, he also delivered a TED Conference talk on building skyscrapers out of wood. More recently, the University of British Columbia began examining the feasibility of constructing a wooden student housing complex as tall as 18 storeys.

Paris’ municipal government’s urban design competition is part of its strategy to “reinvent” itself, particularly in areas of housing, density, desegregation and environmental health.

“Réinventer Paris showcases the exceptional leadership of the City of Paris and its commitment to fostering sustainable urban solutions that prioritize the needs of future generations,” said Paul Jarquin, President of REI France, in a statement. “Paris is the ideal place to reinvent and demonstrate truly ecological development, and to ensure the youth of Paris have an opportunity to live, thrive and connect to their city.”

Earlier this spring, Paris enacted temporary emergency measures to combat record levels of smog. For a 24 hour period beginning on March 23, the only vehicles allowed on the road were clean cars, vehicles with uneven number license plates or vehicles with over three people. 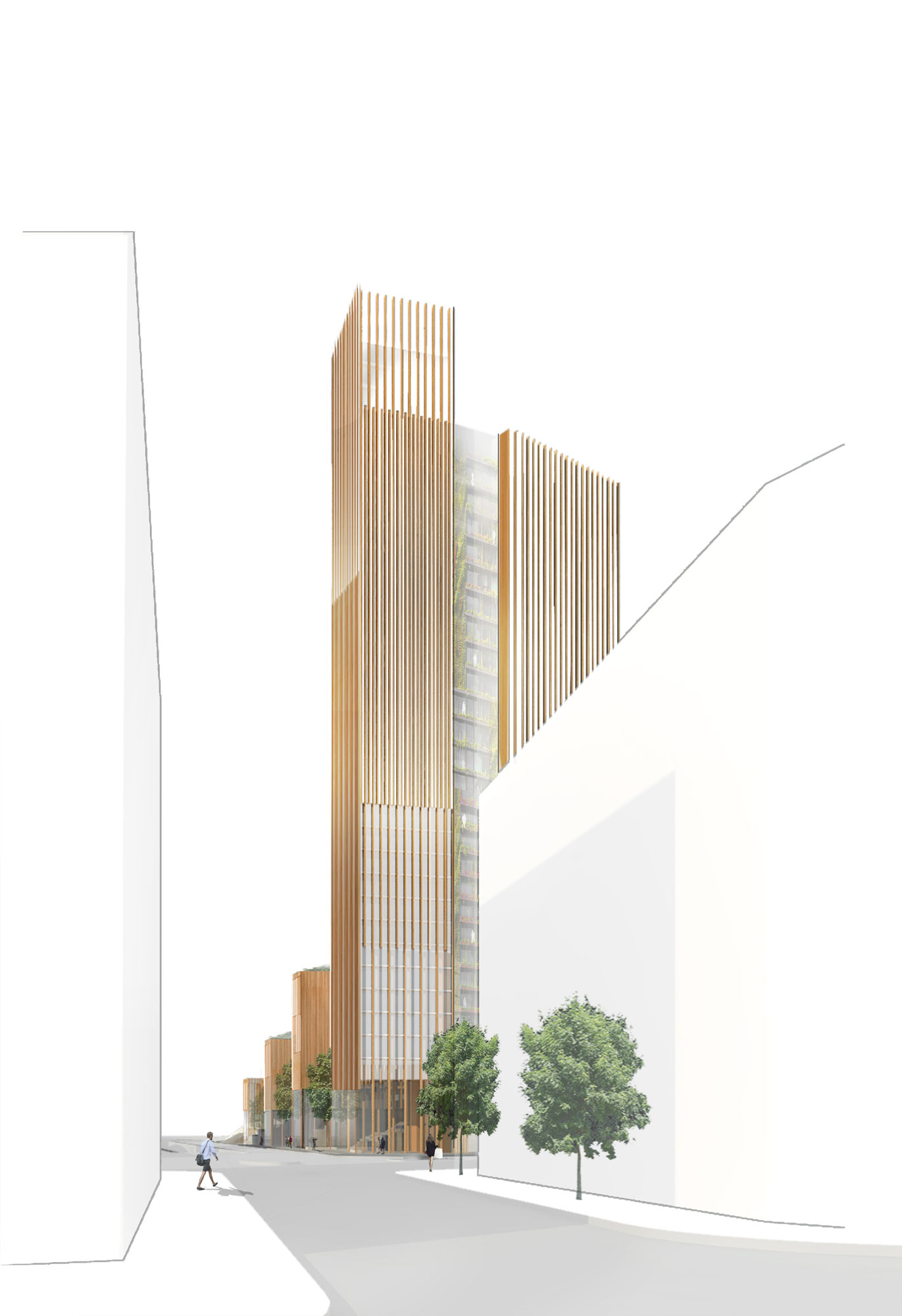 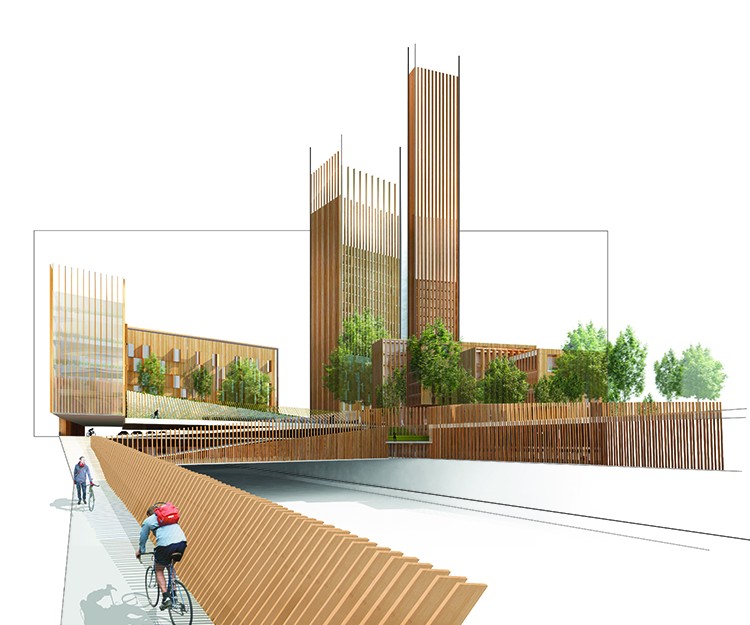 TED Conference – Michael Green: Why we should build wooden skyscrapers