Mayor Gregor Robertson has made it part of his mandate for Vancouver to be the greenest city in the world by 2020 and secure the city’s reputation as a hub for green enterprise.

However, according to a ranking by Human Data, Vancouver still has a very long way to go in order to reach this goal, especially when it comes how Vancouverites choose to get around the city.

The report compiled data on 30 global cities and ranked them on five specific categories including time spent cycling, walking and driving cars.

With Mayor Robertson’s push to make Vancouver a cycle friendly city, one would imagine that it would receive a high standing in that specific category. However, according to the report, Vancouver is ranked 18th,  as the data shows that residents spend only 10 per cent of their time cycling around the city. Amsterdam came in first, with residents spending close to 40 per cent of their time using their bikes as a mode of transportation.

In terms of being a walking friendly city, Vancouver also scored quite low, ranking in 19th place. Washington, Berlin and Tokyo are respectively listed in the top three.  They all surpassed the 40 per cent mark in relation to the time locals spent walking in these cities.

When it comes to the percentage of time Vancouverites spend moving around in their cars or public transport, Vancouver ranked in 11th place, with close to 60 per cent of residents’ time being spent in a car, bus or train.

This ranking does not go into specifics in terms of what mode of transportation residents are choosing to use the most. However, the 2011 National Household Survey indicated that 70.8 per cent of Metro Vancouver residents use their car, truck or van to get around the city.

Mayor Robertson’s goal of Vancouver being the greenest city in the world is heavily focused on businesses making environmentally friendly investments as well as green building policies in order to establish to a ‘green economy.’ But evidently, more needs to be done in order to get Vancouverites out of their cars and using different methods of transport that are environmentally conscious. 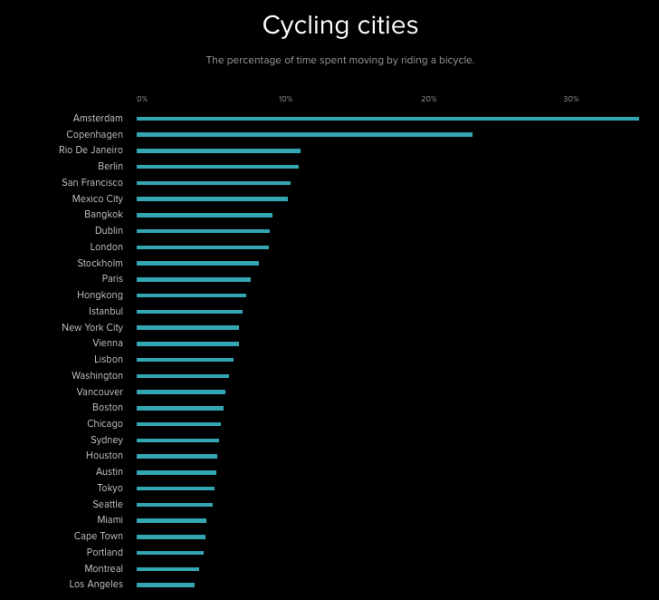 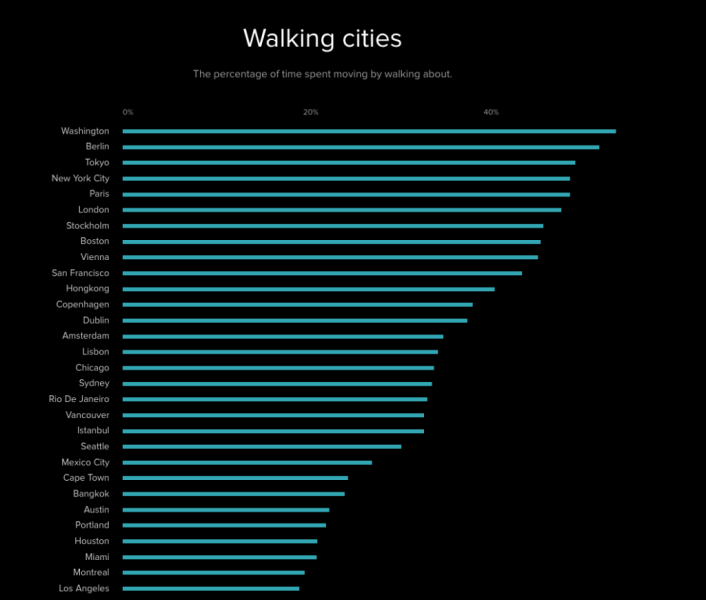 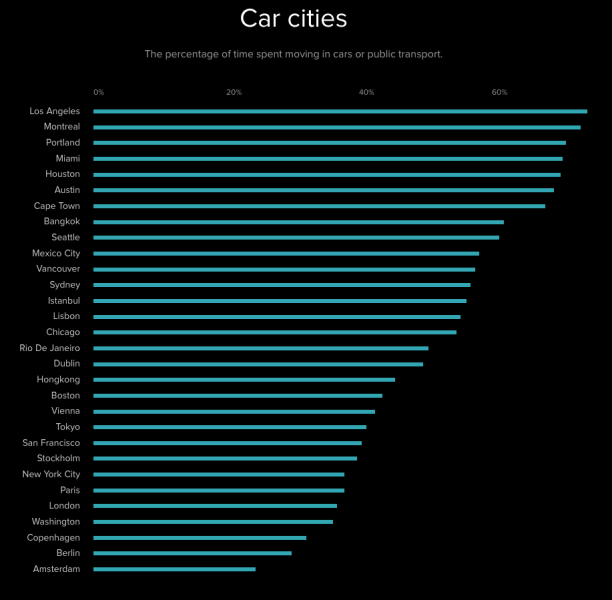