Nearly 20,000 students skipped school on Wednesday to attend a classroom of a different kind. WE Day is an educational event that celebrates those who are making a difference locally and globally, all while reiterating the value of giving back through inspirational speakers and performances.

The school of thought wasn’t officially in session until 9 a.m., but by 6:30 a.m. groups of young people were already waiting outside the doors of Rogers Arena waiting to get into this year’s WE Day event.

According to some WE Day volunteers, they were a bit concerned over the lack of celebrity presence at the event compared to previous years. However, after speaking with students standing in the morning chill waiting for the doors to open, it was clear that celebrities weren’t their top priority. For many, it was more about the energy in the building, interacting with like-minded youth, and the overall incentive to make the world a better place – together. The celebrity appearances, hosts, and musical guests were simply a complement to an already inspiring day. 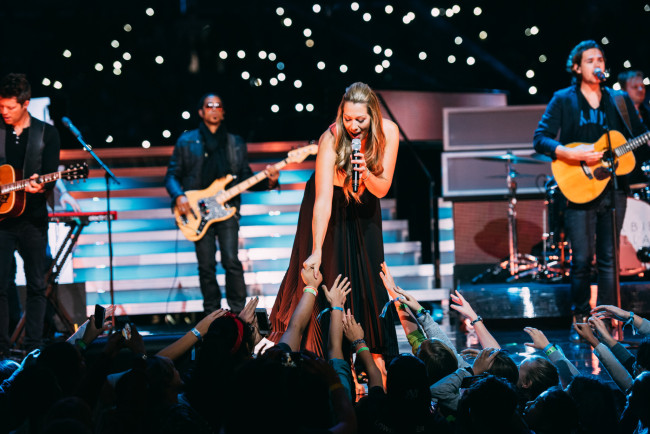 Even more incredible, all 20,000 in the stadium had to earn their way in. Tickets to the event cannot be bought, instead, youth are challenged throughout the year to take action towards bettering their communities. WE Day recognizes and rewards those efforts with admittance. 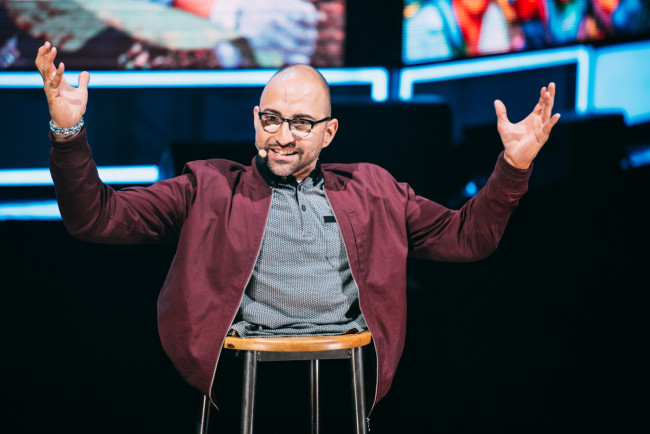 When Spencer West opened the show, a motivational speaker who has attended 51 WE Day’s across the country, he acknowledged that almost everyone in the building had a phone. No, they were not asked to turn them off – after all, that wouldn’t be embracing the power this new generation has harnessed. Instead, youth were encouraged to use their device to connect to others with the hashtag #WeDay. 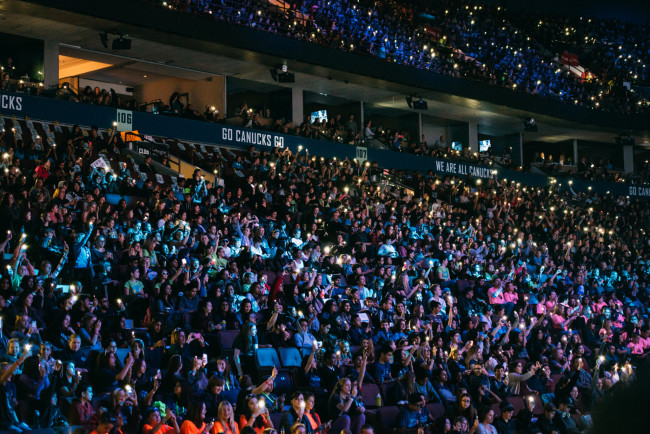 When Abbotsford-based band Hedley took the stage, lead singer Jacob Hoggard once again invited the crowd to use technology for good and become part of RBC’s newest initiative with the hashtag #ChangeAgents, that encourages youth to turn their dreams into actions.

While lighters used to be held up in the air to signify unity, the stadium lit up with the glow of phones – a sign of the times, and one that holds far more power than a flame. 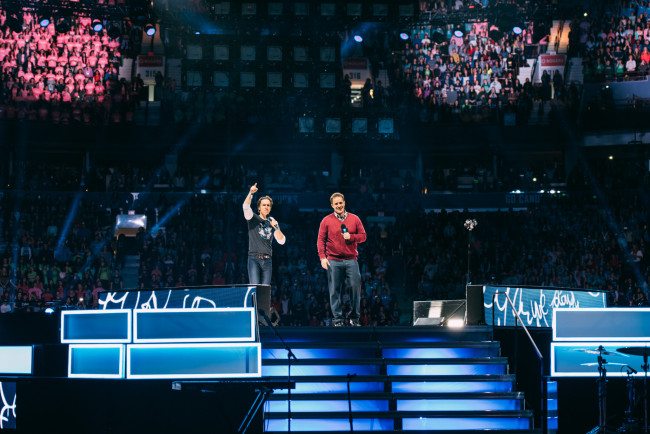 For Craig Kielburger and his brother Marc, they never imagined that their passion project – Free the Children – would spur a global movement. As one of the largest charitable causes in the world, WE Day has attracted many notable figures to the main stage. From celebrities like Selena Gomez (host of WE Day 2014) to social activists like Marlee Matlin and Malala Yousafzai, many have shared their message on the importance of leadership to provoke positive change and a renewed perspective. 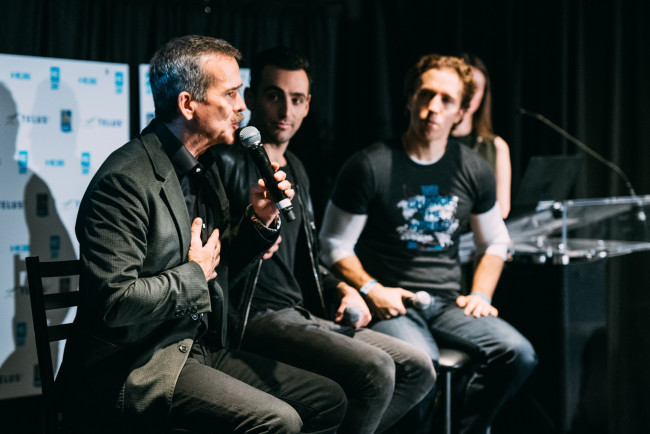 Speaking of perspective, astronaut Chris Hadfield has seen Earth from an angle most of us can only dream about. Hadfield, who was the first Canadian to walk in space, was one of the main attractions at this year’s event; and spoke with VancityBuzz about the importance of youth who want to make earth a better place.

“If you want to think globally, it’s very difficult if you never leave your hometown. You don’t have the tools to truly understand a perspective that will allow you to make good global decisions. The world is rife with examples of local thinking being bad for the planet – it’s just natural,” said Hadfield.

“Exploration that allows us to see the world is the exploration that WE Day supports at an individual level,” he added. “Exploration starts with learning to walk and then learning where in your neighborhood you can apply yourself. I think the two are completely connected, it is just the fuelling of the curious mind, giving it information to make good decisions and seeing how that can best effect the quality of life for as many people as possible.”

More photos from WE Day: 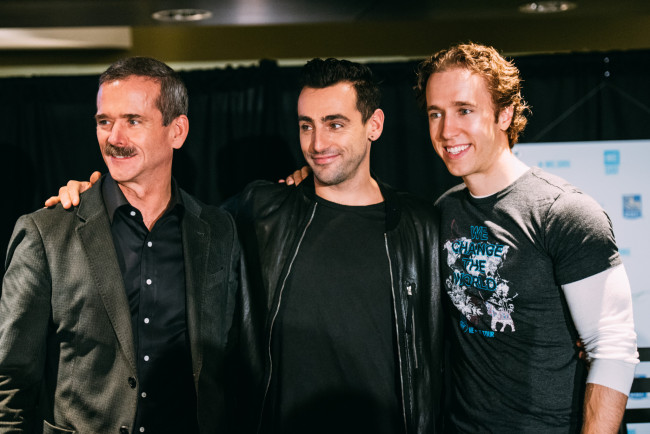 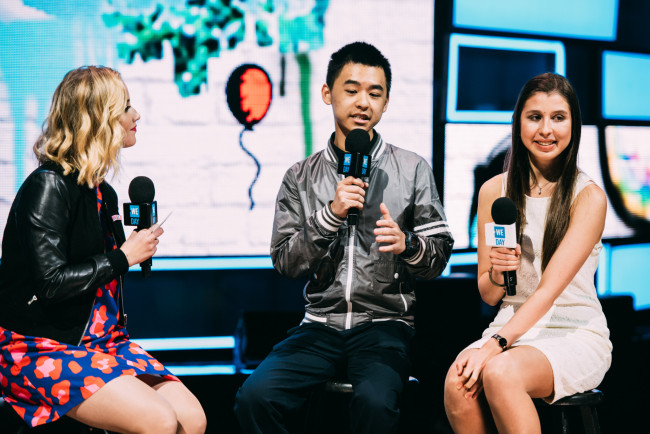 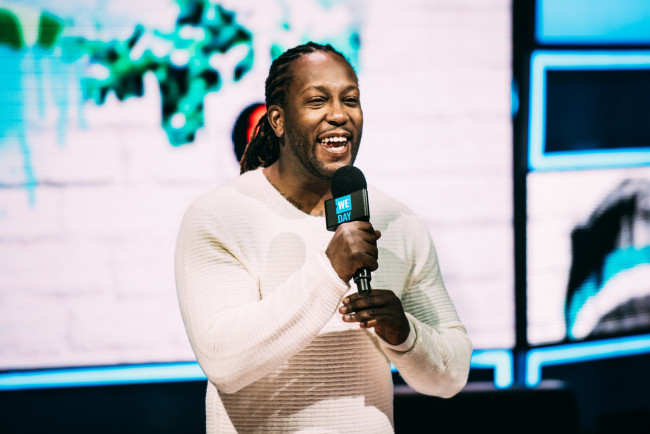 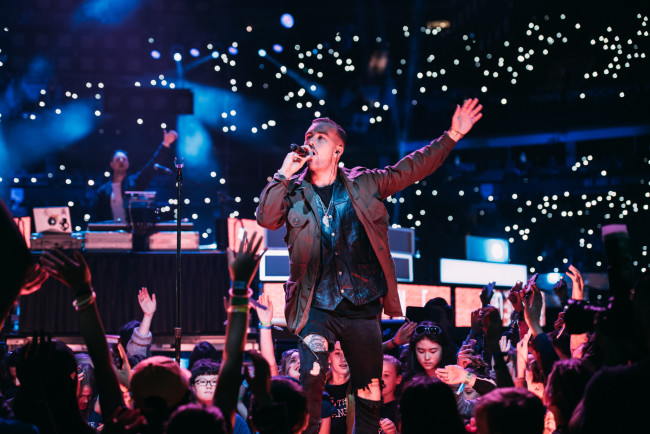 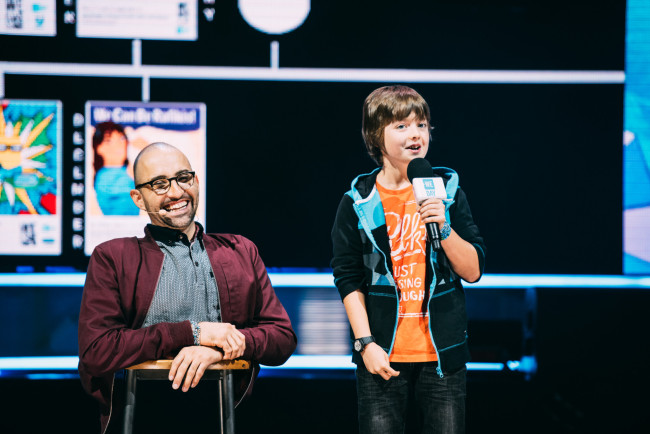