At least 27 people have been killed by gunmen who raided a hotel housing diplomats in Mali. The attack occurred on Friday at the Radisson Blu Hotel in Mali’s capital of Bamako. Gunmen raided the building and captured 170 guests, many of them foreign visitors. Al-Qaeda in the Islamic Maghreb and Al Mourabitoun (an Islamic militant group) have claimed responsibility for the attack.

Ireland’s first same-sex marriage has just taken place and it was joyous: https://t.co/JRBdmWk57H

On Monday, same sex marriage was officially legalized in the Republic of Ireland. Over 62 per cent of voters said “yes” to legalizing same-sex marriage in a nation-wide referendum in May 2015. Same-sex couples who have wed overseas will now be officially recognized as married by the Irish government. Couples involved in civil partnerships will also be able to wed. 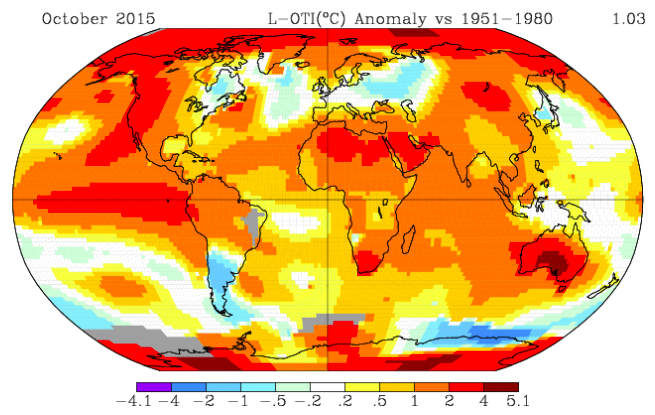 The Japan Meteorological Agency (JMA) and NASA have announced that it was the Earth’s warmest October ever and 2015 is on track to be the hottest year in history. According according to NASA, October 2015 was 0.18 degrees Celsius higher than October 2014.

Three family members are the latest to be infected with the deadly Ebola disease in Liberia. On May 9, the nation was declared Ebola-free, but in June two people were infected and died from the disease. On September 3, the World Heath Organization announced that Liberia was Ebola-free again. The latest cases serve as a hurdle for the nation where over 4,800 people have died from the disease.

Fire at a mine in north-eastern China kills 21 people, state media report https://t.co/2mlYQmrPRQ

A fire at a coal mine in north-eastern China has left 21 dead, according to Chinese state media, Xinhua news agency. There were a total of 38 workers in the mine when the fire broke out, but 16 were able to evacuate. Rescue crews are still searching for one missing miner.

The Greek island of Lefkada was rocked with a 6.1 magnitude earthquake on Tuesday. The quake left two people dead and damaged roads and buildings. Landslides occurred across Lefkada, making it difficult for authorities to examine the destruction caused by the quake. Temblors were also felt on the nearby island of Kefalonia.

7. Ringleader of Paris attacks killed by police in raids

French authorities shot and killed Abdelhamid Abaaoud, the mastermind behind last week’s Paris attacks, after a seven-hour-raid in Paris suburb on Wednesday. Abaaoud’s 26-year-old female cousin and an unidentified third body were also found dead at the scene. “Two of the terrorists have died in the raid. There have been arrests. I can imagine the anguish which took hold of the residents of Saint-Denis in the early hours of the morning and I salute their calmness,” French President François Hollande said in a statement. Police have conducted over 739 raids and detained 90 people following last Friday’s terrorist attacks in Paris.

Belgium is on high alert as authorities warn of a possible “Paris style” terror attack. The capital city of Brussels was on partial lockdown on Saturday, and a large army presence was visible on the streets. Shops across the city were closed, the subway service was suspended, and residents were urged to stay home as the fear of a serious and imminent terror threat looms over the country after last week’s attacks in Paris. Authorities continue to look for Salah Abdesalam, a Belgium national, who is believed to be hiding in Brussels with an explosive device. Police raids have also been taking place in Belgium following last week’s Paris attacks.

Today, Belgian police detained 16 people in a series of anti-terror raids made in Brussels, however, Abdesalam was not one of them. 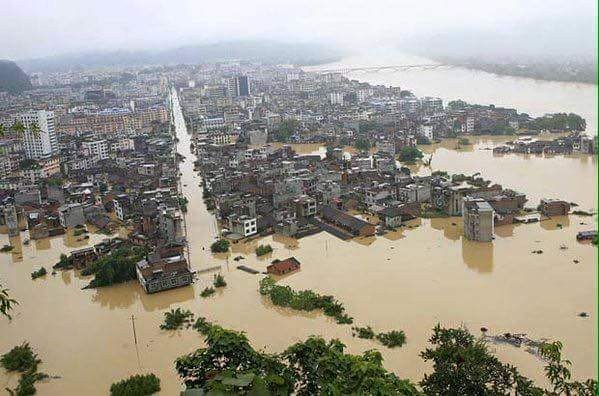 The south Indian state of Tamil Nadu has been hit with heavy rains and intense flooding killing at least 70 people. The state’s capital city of Chennai is experiencing the brunt of the flooding and 10,000 people have been evacuated from their homes. “No precautionary measures would have managed to prevent water logging and damages. In areas where flooding and damage have been caused, relief, rescue and repair works are being taken up on a war footing,” said J Jayalalitha, Tamil Nadu’s Chief Minister. Over 80,000 people living in northern Sri Lanka have also been impacted by the flooding.