This week Canadian Omar Khadr has been released on bail after spending 10 years detained in Guantanamo Bay; a shooting broke out at a Muhammad art exhibit in Texas; violence against women is making headlines in India after a mother was sexually assaulted on a moving bus; and global carbon dioxide levels have reached an all time high. 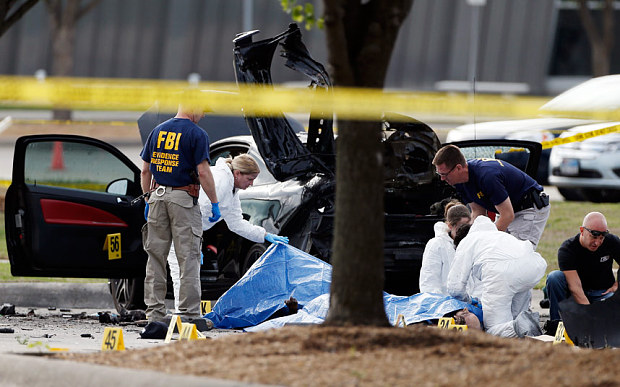 On Sunday, shooting broke out at an event in Texas where people gathered to draw the Prophet Muhammad. The event was organized by Pamela Geller of the American Freedom Defense Initiative, who described the Muhammad Art Exhibit and Cartoon Contest as an event promoting freedom of speech. At around 7 p.m., two males drove up to the building and began to shoot.

The gunmen were identified as Elton Simpson and Nadir Soofi who were roommates from Phoenix, Arizona. The two suspects were killed and an officer was also shot. The FBI confirmed that Elton Simpson was previously investigation for terrorism. The shooting is still under investigation by federal authorities. 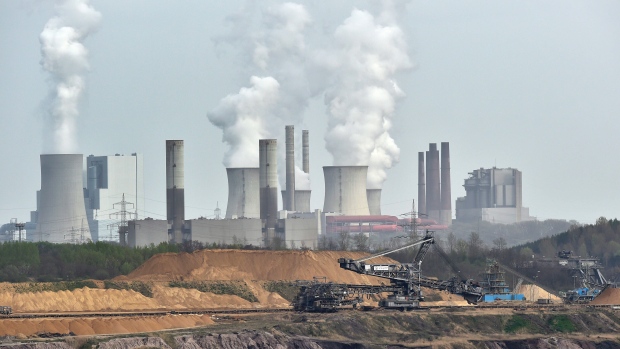 U.S. federal scientists have reported that global levels of carbon dioxide have passed an unsettling milestone. In March, the global monthly average for carbon dioxide reached 400.83 parts per million. These levels have not been seen in almost two million years. National Oceanic and Atmospheric Administration representative Pieter Tans said that this increase is “disturbing” because it is happening at an alarmingly fast rate compared to Earth’s natural and slow natural changes. 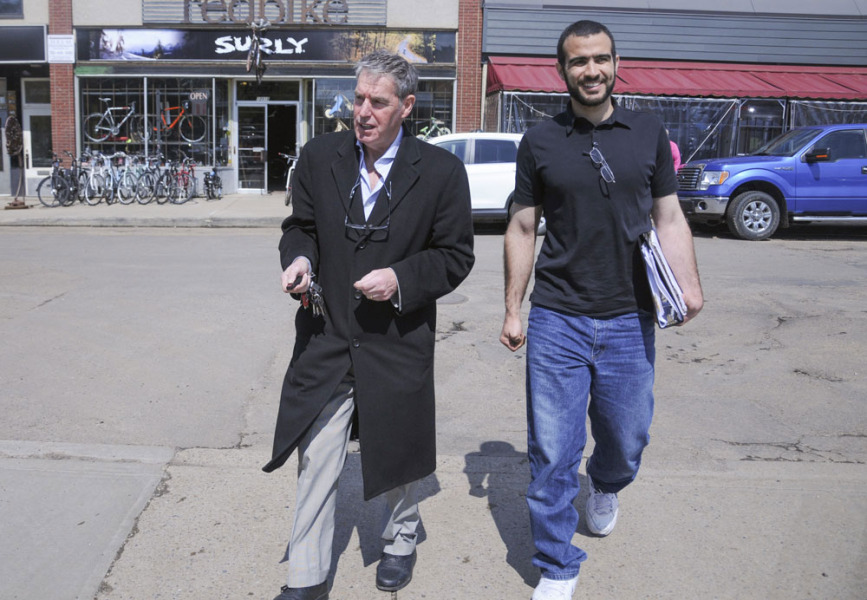 Former Canadian Guantanamo Bay inmate, Omar Khadr, has been granted bail. Alberta Court of Appeal judge Myra Bieby told Khadr that he was “free to go” despite the prosecution’s argument that the 28-year-old would cause harm to Canada’s diplomatic relationships and compromise the transfers of 300 other Canadian prisoners from foreign jails. Canadian-born Khadr was seized in Afghanistan when he was 15 and he was accused of throwing a grenade that killed U.S. Army Sgt. Christopher Speer in 2002.

Khadr spent 10 years in Guantanamo Bay. The U.S. military also gave him an eight year sentence for war-crime charges. In 2010 the Supreme Court of Canada ruled that Khadr’s rights were breached because intelligence agents interrogated him at Guantanamo Bay. “Freedom has been way better than I thought,” Khadr told reporters with a smile on his faced. 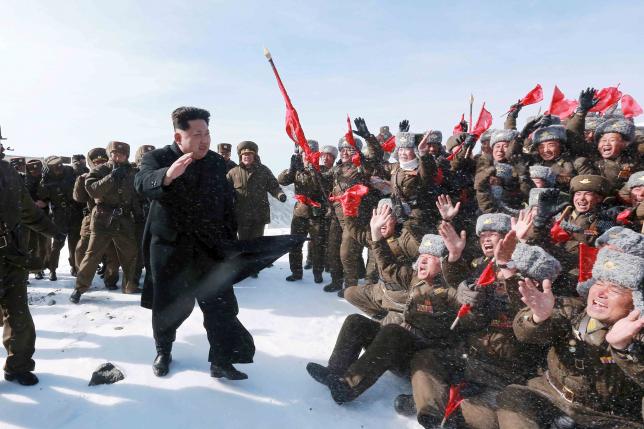 North Korea’s military has warned of “unannounced targeted strikes” against South Korea’s navy. North Korea is accusing the South of entering its territorial waters, which are located off the peninsula’s west coast. The announcement comes right in the middle of crab fishing season in the peninsula. “From this time on, there will be unannounced targeted strikes against puppet navy vessels that violate our military’s maritime border in the west coast hotspot waters,” North Korea’s KCNA news agency said. 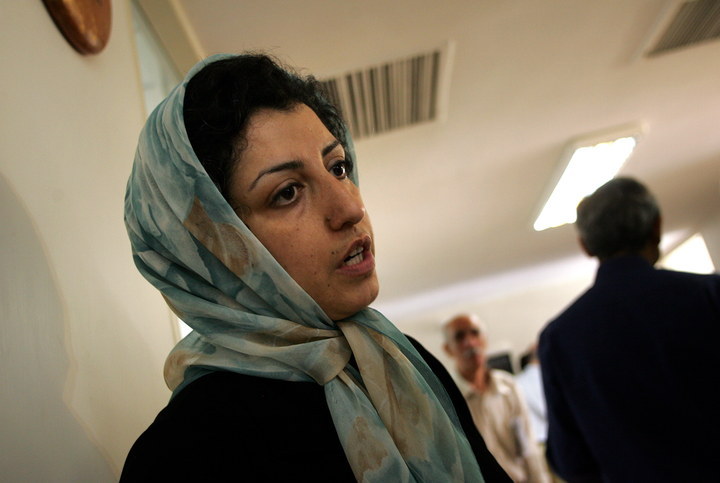 Iranian authorities arrested Narges Mohammadi, the deputy head of the Defenders of Human Rights Center (DHRC), on Tuesday. Mohammadi’s family and friends have no idea where she is or why she is being detained. “We don’t know where she is as of this morning, and we don’t know where the security forces have taken her,” a friend of Mohammadi’s said in an interview with the New York Times. In 2011, the activist was sentenced to 11 years in jail for spreading “propaganda against the state,” “assembly and collusion against national security,” and “establishing he anti-security and illegal ‘Step by Step to Stop Death Penalty’ group.”

6. Report reveals a record 38 million people have been displaced by conflicts around the world 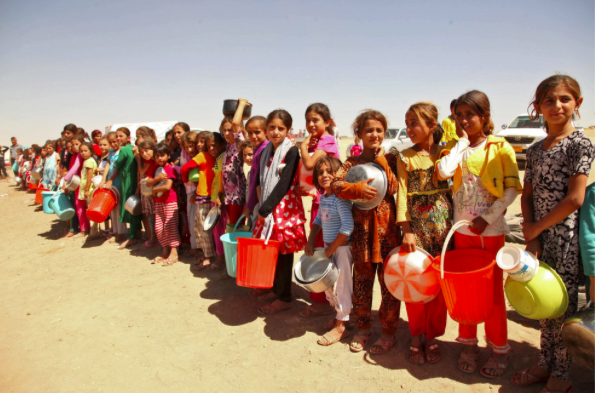 A report released by the Norwegian Refuge Council has revealed that a record 38 million people have been displaced around the world due to conflicts. The data from the report recorded international displacement until the end of 2014. Approximately 11 million people were displaced in 2011 and over half of these people were from Iraq, Syria, South Sudan and the Democratic Republic of Congo. Iraqi nationals were victims of the highest level of new displacement as at least 2.2 million citizens were forced from their homes after ISIS took over. Syria still has the highest number of internally displaced people as 40 per cent of the nation’s population (7.6 million people) have been force from their homes as conflict in the country continues.

7. Released Boko Haram hostages tell their stories of horror while being held in captivity 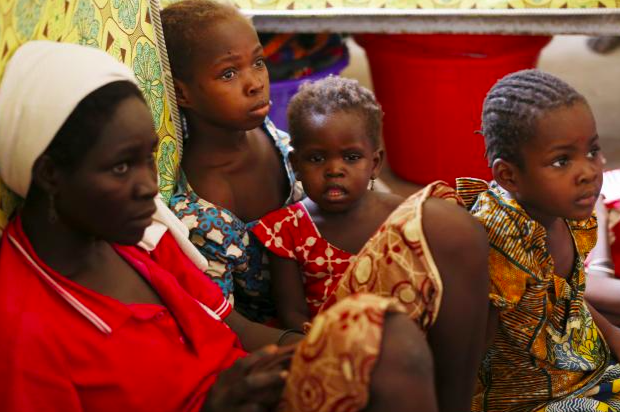 Released Boko Haram hostages have come forward this week to tell their stories of captivity. The 275 freed hostages are made up of 61 women and 214 children. They were kept at Boko Haram camps in the forest and were starved and beaten. “Boko Haram came and told us they were moving out and said that we should run away with them. But we said no. Then they started stoning us. I held my baby to my stomach and doubled over to protect her,” said one woman named Lami Musa. The survivors were taken to a refugee camp and many were awnr to hospital because they suffered serious injuries or were so deprived of food they needed an immediate intravenous drip. Nigerian officials say that the group is not part of the schoolgirls taken from the Chibok last year.

8. Indian teenager dies after she and her mother try to escape being sexually assaulted on a bus 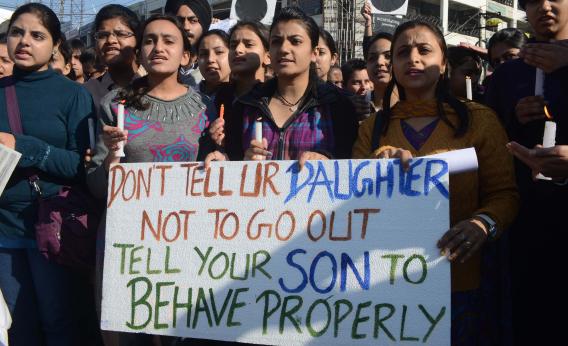 Four men have been arrested after a 14-year-old girl and her mother were pushed out of a moving bus trying to escape a sexual assault. The attack took place in the Indian state of Punjab, as the girl, her 10-year-old brother and their mother were on their way to the local Sikh temple. The bus had few passengers at the time when the assistant conductor began to sexually assault the mother. She complained to the driver but he refused to stop the bus.

The woman and her daughter were then forced off the moving bus, leaving the young boy behind. The teen later died in hospital. “No one helped,“ the mother told reporters. The bus which the incident took place is owned by Punjab chief minister Parkash Singh Badal. The case draws many similarities to the 2012 Delhi bus gang rape where a 23-year-old student was brutally beaten and raped by six men on a bus.

9. David Cameron re-elected as prime minister of the United Kingdom 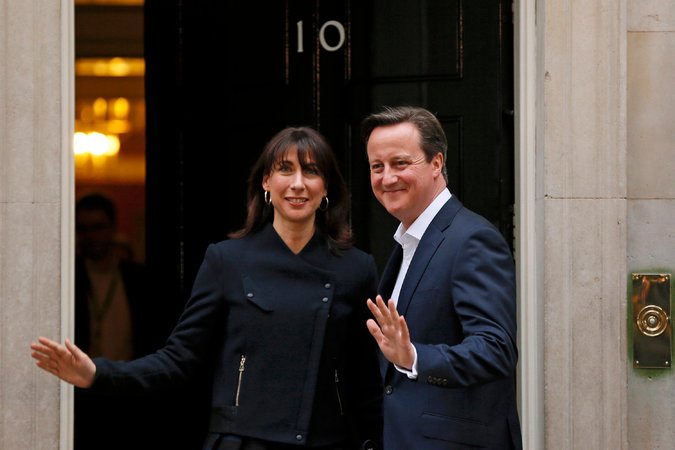 David Cameron is returning to Downing Street after being re-elected as the prime minister of the U.K. Cameron and his Conservative party won 331 seats in the election – enough for a majority in the Commons. Cameron’s rivals Ed Miliband, Nick Clegg and Nigel Farage have all stepped down after facing disappointment. The prime minister is now working to put together a new government as the Conservatives have not had a majority government since 1992. “In short, I want my party, and I hope a government I would like to lead, to reclaim a mantle that we should never have lost – the mantle of One Nation, One United Kingdom. That is how I will govern if I am fortunate enough to form a government in the coming days,” Cameron told reporters before his victory was announced.