This week, a cruise ship capsized in China leaving over 80 dead; temperatures soared to record levels in the United Arab Emirates; and Canada’s Truth and Reconciliation Commission released a report on the “cultural genocide” done to the nation’s aboriginal peoples. 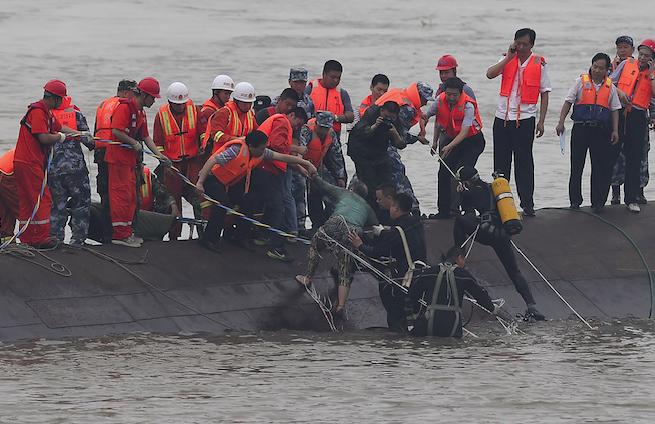 On Monday, a cruise ship carrying more than 450 people capsized in China’s Yangtze River. Poor weather and strong river currents have hampered rescue efforts as the death toll has climbed to 97 people. The majority of passengers on board were between the ages of 40 and 80. More than 50 boats and 3,000 people have been involved in search and rescue efforts. So far, 14 survivors have been recovered from the wreckage. “We will do everything we can to rescue everyone trapped in there, no matter they’re still alive or not, and we will treat them as our own families,” Chen Shoumin, a regional military commander, told reporters.

2. Study on chimps reveals how humans learned how to cook 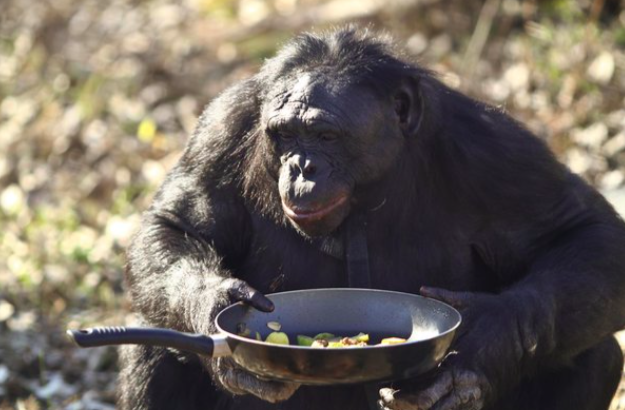 A recent study has concluded that chimps have many of the same intellectual capabilities required for cooking as humans do. The study found that chimps also prefer the taste of cooked food and they will hoard raw vegetables if they know they have the opportunity to cook them later on. “The logic is that if we see something in chimpanzees’ behaviour, our common ancestor may have possessed these traits as well. If our closest evolutionary relative possesses these skills, it suggests that once early humans were able to use and control fire they could also use it for cooking,” Felix Warneken, a psychologist at Harvard University explained.

3. Nearly one million love-locks removed from Paris bridge to prevent it from collapsing 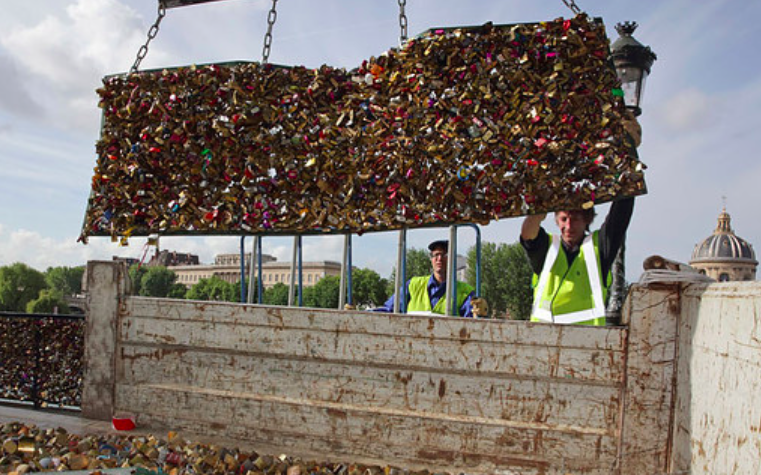 It has become a tradition for couples to leave padlocks on the Ponte des Arte in Paris as a symbol of their love for one another. The number of locks on the Ponte des Arte has grown to nearly one million and their weight has started to damage the structure of the bridge. On Monday, workmen from the city’s council removed all of the metal grilles of the bridge with locks on them. The grilles will be replaced with street art until new padlock proof panels are installed on the bridge. 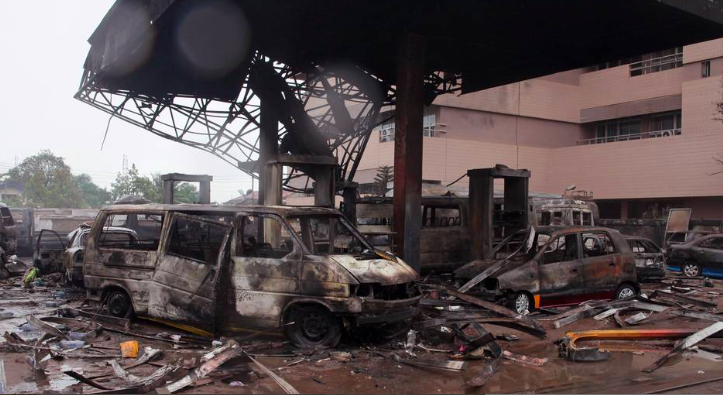 The search continues for bodies as a gas station fire in Ghana’s capital city of Accra has claimed the lives of 96 people. Citywide flooding caused the fire, as poor sewer systems could not the clear water from heavy rainfall. People gathered at the local gas station to seek shelter from the rain. The gas station ended up flooding, causing an explosion burning nearly 80 people to death immediately. Rescue crews are working around the clock to find missing bodies but the aftermath of the flooding has made recovery efforts difficult. 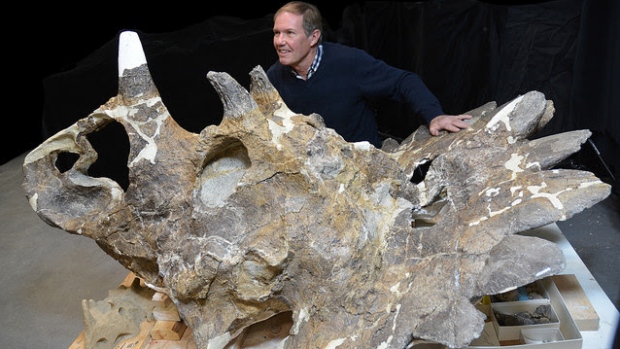 A newly discovered species of dinosaur has been unveiled at the Royal Tyrell Museum in Alberta. The dinosaur is being called “Hellboy” because the skull of the new species has striking similarities to the famous comic book and movie character. The 1.6 metre-long skull was found in Alberta’s Oldman River. Digging out the fossil took years because the rock it was entrapped in was very hard. “The Hellboy nickname is [also] because of all the problems with the excavation,” said Caleb Brown of the Royal Tyrrell Museum of Palaeontology. Hellboy is part of the Triceratops family and is a completely new species. 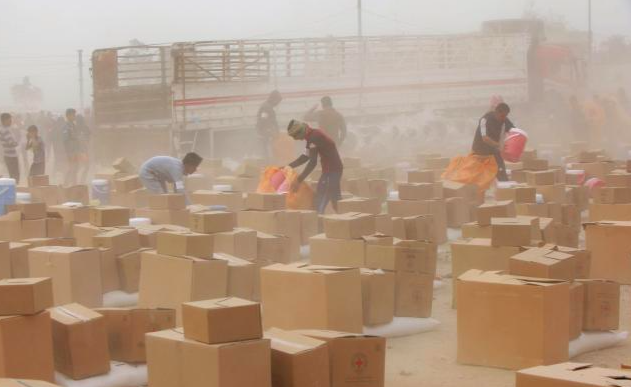 On Thursday, the U.N. launched an appeal for $500 million in aid for Iraq in attempts to relieve the humanitarian crisis resulting from the attacks by Islamic State militants. “In the months ahead the humanitarian situation is going to get worse… By the end of 2015, 10 million Iraqis are likely to need some form of life-saving assistance,” said Lisa Grande, the U.N. humanitarian coordinator for Iraq. The U.N. is asking donors for $497 million to use for shelter, food and water in order to help Iraqis impacted by the fighting between the nation’s forces and IS militants.

7. Heat wave spreads from Pakistan across the Middle East 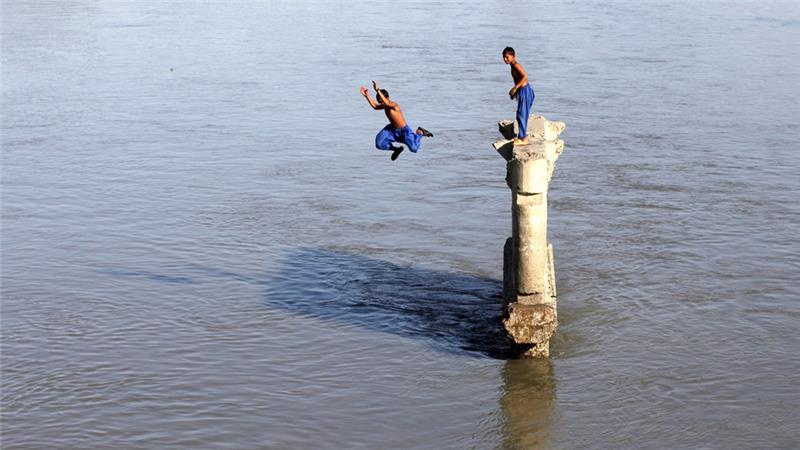 On Wednesday, the highest daytime temperature climbed to 50.5 degrees Celsius in Sweihan, Abu Dhabi. The United Arab Emirates has been hit by an intense heat wave, which began in India and then spread to Pakistan, where temperatures reached a daily high of 49 degrees Celsius. The heat is now blowing south and has reached Oman and the UAE where average temperatures have increased by nearly five degrees since the beginning of June. 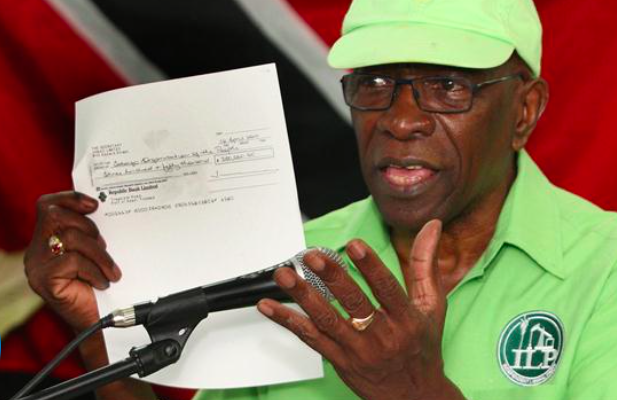 Former FIFA official Jack Warner has promised to reveal more information about corruption regarding the FIFA scandal. “I have kept quiet, fearing this day might come. I will do so no more,” Warner stated. The ex-official is one of 14 people named in the U.S. indictment accusing them of involvement with fraud and corruption in international soccer. In a televised address, Warner said that he could prove FIFA was involved with general elections in his homeland of Trinidad and Tobago. “I will no longer keep secrets for them who actively seek to destroy the country. The gloves are off,” Warner said. 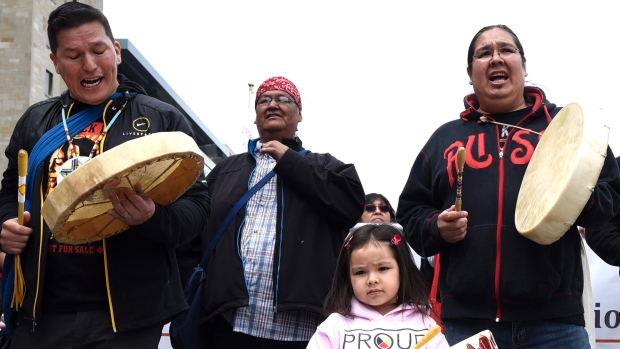