A deadly explosion in Tianjin, China, has killed 56 and left more than 720 injured. The explosion took place in a warehouse full of dangerous chemicals on Wednesday before midnight. The explosion was so powerful that it was equivalent to a magnitude 2.9 earthquake. Investigators have still not found what caused the blast and authorities are not revealing any information about the incident. Media and reporters have also been kept away from the site. Over 1,000 firefighters were sent to Tianjin to put out the blaze. Tianjin is the tenth largest port in the world by container volume and it is a large industrial zone that handles metal ore, coal, steel, cars and oil. 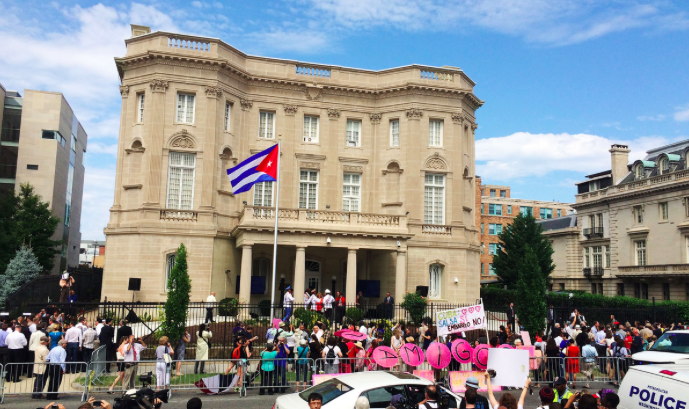 The U.S. embassy in Havana, Cuba, will be reopened today, more than 54 years after it was closed. This comes one month after Cuba reopened its embassy in Washington. U.S. Secretary of State John Kerry is in Havana and will attend a ceremony that will signify the rebuilding of friendship between the two nations. Kerry will become the first U.S. Secretary of State to visit Cuba in nearly 70 years. Last December, U.S. President Barack Obama and Cuban leader Raul Castro reached an agreement to rebuild and restore ties between the two nations. Although trade and travel relations between the two nations have eased, the U.S. Congress has not lifted the trade embargo that was implemented on Cuba in 1960. Cuba claims the embargo is damaging to its economy and full relations with the U.S. will be restored only once it has been lifted. 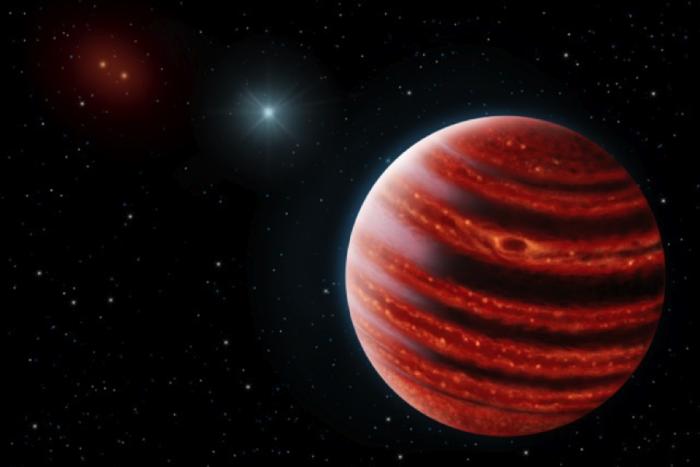 Astronomers have discovered a planet 100 light-years away that looks very similar to Jupiter. The Gemini Planet Imager (GPI) discovered the planet, known as 51 Eridani b and it is “the first young planet that probably looks like Jupiter did billions of years ago, making it currently our most important corner piece of the planet formation jigsaw puzzle,” according to Travis Barman, a professor of planetary sciences at the University of Arizona. The planet is about twice the mass of Jupiter and its temperature is estimated to be approximately 400 degrees Celsius– hot enough to melt lead.

“This is exactly the kind of planet we envisioned discovering when we designed GPI. We wanted to find planets when they’re young so we can figure out the formation process,” said James Graham, a University of California Berkeley professor of astronomy and GPI project scientist. 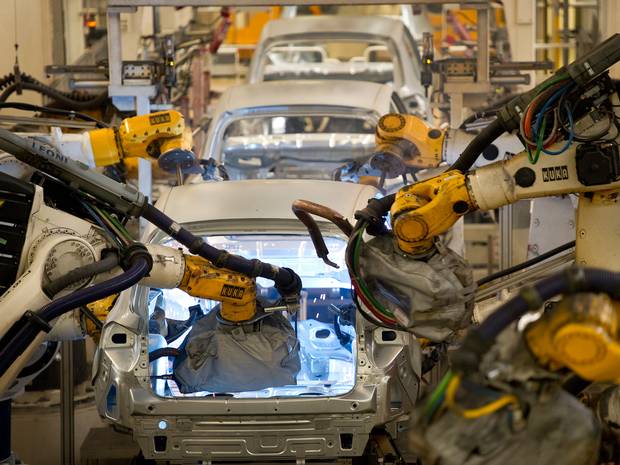 On Wednesday, a robot on an assembly line killed a man working at a car parts factory in India. Ramji Lal was working at SKH Metals factory when the robot suddenly attacked the 24-year-old, killing him on scene. “The robot is pre-programmed to weld metal sheets it lifts. One such sheet got dislodged and Lal reached from behind the machine to adjust it. This was when welding sticks attached to the pre-programmed device pierced Lal’s abdomen,” one of Lal’s colleagues told the Times of India. The incident comes just one week after a robot at a Volkswagen factory in Germany killed a 22-year-old worker. 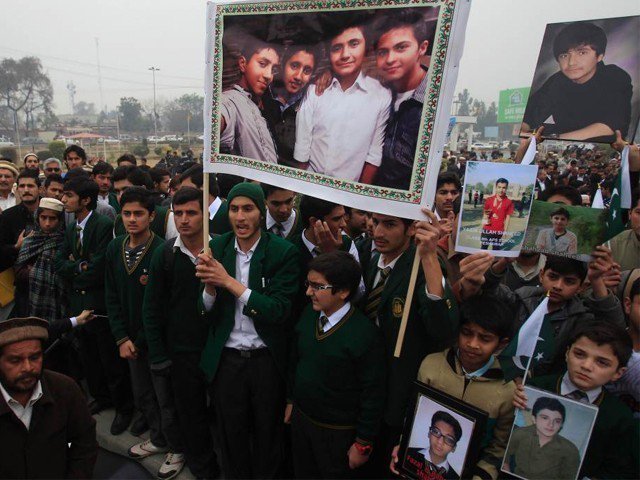 Six Taliban militants have been sentenced to death for their role in last December’s attack on a school in Peshawar, Pakistan. The attack claimed the lives of 140 people, most of them being young students. The accused were tried in a secret military court where they confessed to their crimes. “The convicts were given fair trial by following all the legal formalities and offering/providing them legal aid and defense councils,” said a statement issued by the military’s press wing. 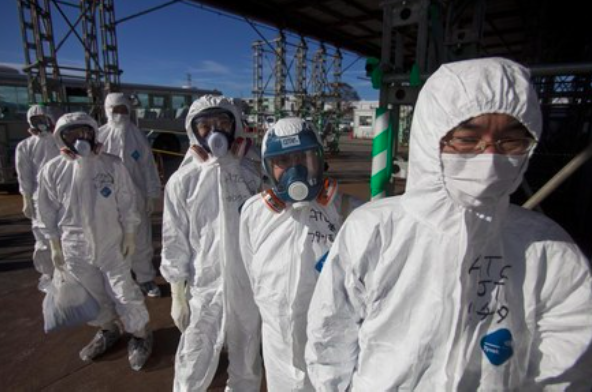 On Tuesday, Japan restarted its first nuclear reactor nearly four years after the Fukushima power plant disaster. In 2011, a powerful 9.0 magnitude earthquake and tsunami caused a meltdown at the nation’s Fukushima plant. Following the incident, all of the country’s nuclear power plants were shut down. However, after a series of intense safety measures and regulations, Kyushu Electric Power restarted the number one reactor at its Sendai plant. Prime Minister Abe reassured the nation about the strict safety measures in place. “I would like Kyushu Electric to put safety first and take utmost precautions for the restart,” he said in a statement. 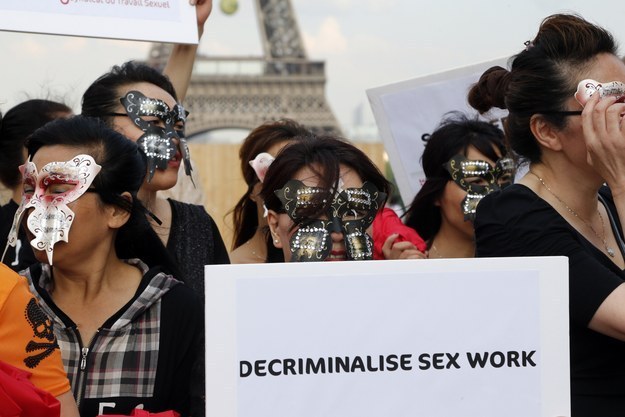 On Tuesday, Amnesty International voted to support the decriminalization for the buying and selling of sex. Amnesty, which is one the world’s largest global human rights organizations, made the decision after almost two years of consultations and deliberations. The organization argued that their vote to support decriminalization was the best possible way to protect the rights of sex workers. “We recognize that this critical human rights issue is hugely complex and that is why we have addressed this issue from the perspective of international human rights standards,” said Salil Shetty, the secretary general of Amnesty International. “We also consulted with our global movement to take on board different views from around the world.”

However, the vote came with backlash from women’s groups, former sex workers and celebrities. “We feel that Amnesty International are supporting the men who are killing our women and it’s a slap in the face,” said Bridget Perrier, a Canadian woman who was forced into sex work at only 12 years old. However, Amnesty stands by their decision stating that the vote will “defend sex workers’ human rights and lessen the risk of abuse and violations they face.”

8. Greek Authorities struggle to ease number of migrants on the popular vacation island of Kos 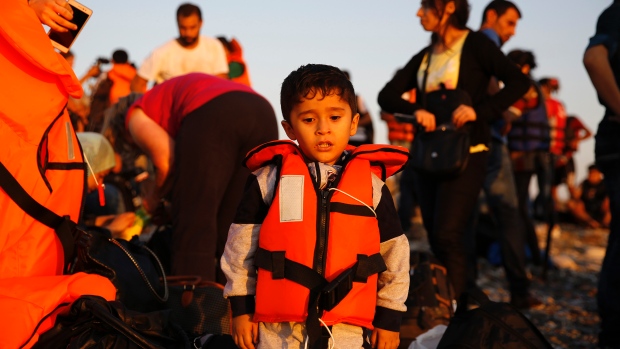 Geek authorities are struggling to handle the influx of Syrian migrants seeking refuge on the popular holiday island of Kos. Hundreds of migrants fleeing their war torn homeland have been arriving daily on full ships from Turkey. Greek police issued temporary travel papers to at least 1,000 migrants but many remain stranded on the island in miserable conditions, hoping that they too will be granted temporary permission to stay. According to Doctors Without Borders, more than 7,000 migrants arrived on Kos in July and approximately 124,000 refugees have arrived in Greece by sea just this year alone.

9. Dozens dead and at least 200 wounded in Baghdad market bombing 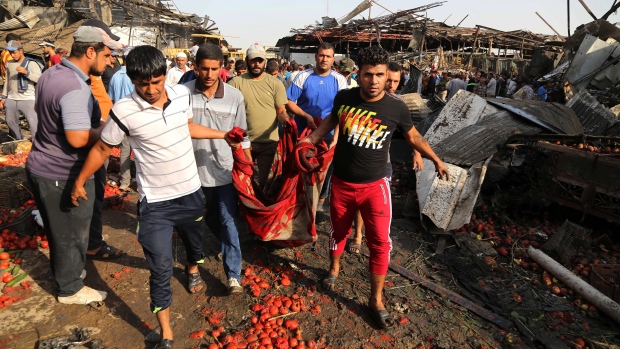 On Thursday, a truck bomb exploded at a popular Baghdad fruit-and-vegetable market leaving dozens dead and over 150 injured. The death toll is still not confirmed but Reuters has reported that 76 people were killed in the blast. ISIS has claimed responsibility for the bombing in the market that is located in the district of Sadr City. Police say ISIS militants put explosives in a refrigeration truck so it would fit in with other vehicles delivering supplies to the market. The attack is being called the deadliest single bombing Baghdad has seen in years.