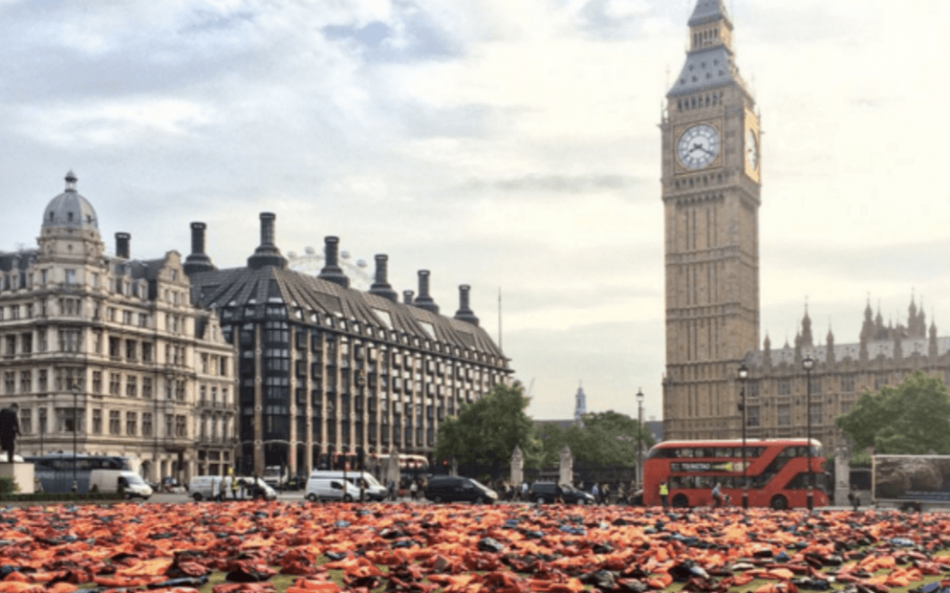 Here are 10 things that happened last week that you should know about (in no particular order):

Gunshots rang out inside the Macy’s store at Cascade Mall in Burlington, Washington State, just a 30 minute drive south of Bellingham, on Friday evening. Police spent hours checking the mall for the shooter and evacuating shoppers and staff who were in hiding. They were unable to locate the suspect during the search of the mall.

Earlier this evening, following an extensive manhunt that involved the FBI and Canadian authorities, police said a 20-year-old suspect had been arrested stateside.

The identities of the victims have not been identified, but police say they range from teenagers to seniors.

Ahmad Khan Rahami, 28, has been arrested in connection with last week’s bombings in Seaside Park, New Jersey, and  New York City. In Seaside Park, a bomb was planted in a garbage can and exploded before the Marine Corps charity run. Two more bombs were found nearby and one person was injured. The second blast occurred in Chelsea, New York, injuring 29 people. Police found a pressure cooker bomb close to the scene. On Monday, Rahami was taken into custody after a shootout with police in New Jersey.

A bombing in western Aleppo hit aid convoys during a delivery of diapers, medicine and food. pic.twitter.com/B6Zc8tXQej

Syrian government forces took over a rebel area north of Aleppo on Saturday. Reports indicate that at least 49 people have been killed as the area was bombarded with airstrikes. The British-based Syrian Observatory of Human Rights says the death toll is expected to rise as many of the wounded are in critical condition. According to the UN, at least two million people are without water in Aleppo, due to the airstrikes.

4. The ‘world’s loneliest polar bear’ might have a new home

Pizza made headlines in July after it was revealed the polar bear was living in deplorable conditions in a mall zoo located in Guangzhou, China. Now there are chances that Pizza will be relocated to the Yorkshire Wildlife Park in England. The park has a special habitat created for polar bears. “We would be delighted to see Pizza end up at Yorkshire Wildlife Park,” Animals Asia’s welfare director Dave Neale, told BBC.

5. Police shootings in US prompt protests

Two more police shooting deaths of black men in the US occurred this week, resulting in mass protests.

Terence Crutcher, 40  was shot and killed by police officer Betty Shelby in Tulsa, Ohio. Crutcher’s car was stalled on the highway, and he was unarmed when he was shot. Shelby was formally arrested on Friday but posted a $50,000 bond and was released 20 minutes afterwards.

Keith Lamont Scott, 43, was shot and killed by police in North Carolina. According to police, Scott had a firearm and he received multiple warnings to drop the gun. But witnesses say Scott was holding a book. In a cell phone video captured by Scott’s wife, Rakeyia, she can be seen telling police not to shoot because she says her husband has a Traumatic Brain Injury (TBI). The video does not make clear if Scott was armed or not. He was shot and killed by a black police officer with the Charlotte-Mecklenburg Police Department. Members of the public want police to release the dashboard camera footage. Protests have been taking place across North Carolina demanding justice for Scott. On the first night of protests, dozens of  people —including 16 police officers— were injured.

6. Eight firefighters die in Moscow after roof caves in

Eight firefighters in Russia are dead after the roof of a plastics warehouse in Moscow collapsed while they were trying to put out a fire on Thursday. According to Russia’s Emergencies Minister Vladimir Puchkov, the firefighters were on the roof trying to extinguish the fire in the warehouse when the roof came crashing down.

A fight between a passenger and bus driver in Istanbul, Turkey resulted in a major road accident. At least 11 people were injured on Friday when the passenger assaulted the driver with an umbrella, causing the bus to swerve to the other side of the road into oncoming traffic. The bus was badly damaged and three cars were hit.

Drones Are Writing Tickets For Traffic Police On Highways In China https://t.co/UGVPW7mAYx

Drones are patrolling traffic in China and handing out tickets to bad drivers. The drones were tested in Sichuan, in southern China and 30 violations were recorded on the first day. The drones fly 13 metres above ground and send information to police headquarters.

9. Thousands of life jackets laid out in London in tribute to refugees

Thousands of life jackets worn by refugees who made the journey across the Mediterranean to Europe have been laid out along the River Tha in London, England. About 2,500 vests were placed out on Monday, covering the grounds in front of Parliament Square. The display was organized by company Snappin’ Turtle Productions and refugee charities. The vests were worn by refugees who crossed the sea between Turkey and the Greek island of Chios.

Yahoo has admitted that a “state-sponsored” hacker stole access to half a billion Yahoo email accounts in 2014. The stolen data includes names, email addresses, telephone numbers, dates of birth and passwords. This breach is the largest ever recorded in terms of personal accounts accessed.