This has hardly been an easy week across the globe: from people being buried alive in landslides to explosions and high school shootings, the headlines still make us shudder. But with that also comes the vibrancy seen in passionate protests and a fervent desire to help ourselves – and it’s those slivers of positivity encourage us to read on.

A landslide caused by heavy monsoon rains in central Sri Lanka yesterday has killed three people and left 190 more missing after it hit a tea estate. Military personnel are digging through 30 feet of mud to uncover bodies. However, due to the weather conditions and the fact that the soil would have not have been able to create air pockets, the rescue operation is not optimistic about finding survivors. This would make it the nation’s worst natural disaster since the 2004 tsunami.

2. Planned taxes on internet use incite protests in Hungary

Close to a 100,000 protestors took to the streets of Budapest this week to protest the proposed taxes on internet use by Prime Minister Viktor Orban’s rightist government. A former member of Hungary’s Socialist Party, Balazs Gulyas, drew attention to the matter on his Facebook page, which inspired the protests. Gulyas argues that the tax limits access to information, to which the government has attempted to refute by claiming that it is only an extension of its taxes on telephones, due to the fact that a significant amount of communication has moved online.

Last Friday, Washington state high school student Jaylen Fryberg walked into Marysville-Pilchuck High School’s cafeteria and opened fire at a table where two of his cousins and three close friends were seated. Fryberg had texted the victims beforehand asking to meet him there. Two girls succumbed to their gun wounds in the head on Sunday and Monday, while two boys remain in critical condition and one more is now in stable condition. Fryberg’s motive remains unknown and under investigation. 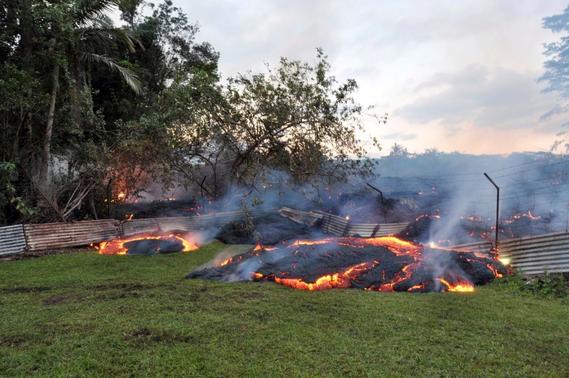 Lava flow from Hawaii’s Kilauea Volcano has threatened homes and business in the small town of Pahoa. Residents in its path have slowly left and emptied their houses and schools have closed as the lava has continued to advance at an average of nine to 14 metres every hour. With the lava’s temperature reaching up to 900 degrees Celsius and nearing the main town, residents remain anxious as they wait to see whether it’s path will narrow.

On Tuesday night, the Antares rocket in eastern Virginia carrying over 5,000 pounds of supplies and equipment for the International Space Station exploded upon liftoff. This would have been the third of eight cargo missions under a $1.9 billion contract – by hiring private companies, NASA has held the hope that it would help them reduce costs. After this explosion, however, there’s likely to be questioning into whether enough safety tests are being carried out for these rockets. 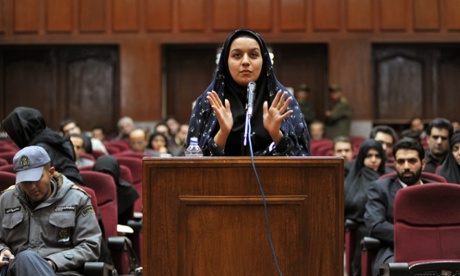 Despite an international appeal to save the life of 26-year old Reyhaneh Jabbari, she was hung on Saturday. She has spent five years on death row for the murder of surgeon Morteza Abolai Sarbandi, who was previously part of Iran’s Ministry of Intelligence and Security. According to Jabbari’s initial statements, he had attempted to sexually abuse her – which is when she stabbed him in self-defence. However, her hanging and mistreatment in prison have rained down criticism on Iran’s legal system and its prejudice against women. Previously, bodies from the UN to the EU were all in agreement that a retrial was necessary as her confession was believed to have been extracted under duress. 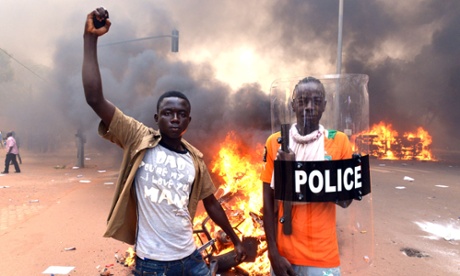 Burkina Faso’s President Blaise Compaore has refused to step down after ruling for three decades, despite the violent protests that have ensued in the past week. The parliamentary building was set ablaze to stop the vote that would have allowed Compaore to seek another term in office. After the parliament was dissolved, he announced that he would lead a transitional government instead, a move that protestors were still displeased with as it still means he does not intend to step down.

8. Egypt to demolish homes along the Gaza Strip 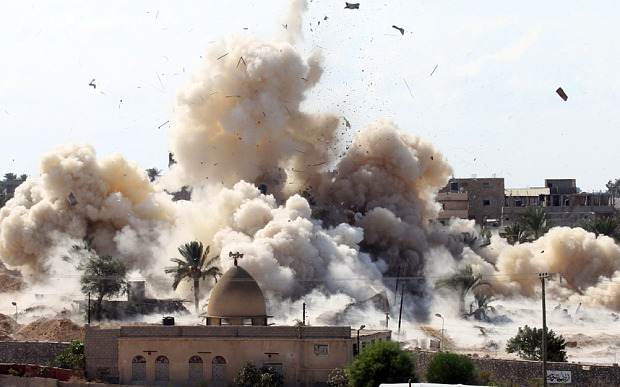 The Egyptian army has decided to create a buffer zone along their border with the Gaza Strip, and as such has ordered all residents in the area to evacuate. The buffer zone will be 500 metres wide along the border, and aims to weapons and trafficking between Egyptian and Palestine territory. This comes just four days after 31 soldiers were killed in the Sinai Peninsula by armed men and Egypt declared a state of emergency there.

9. Iraqi Kurds enter Syria to fight IS in Kobane 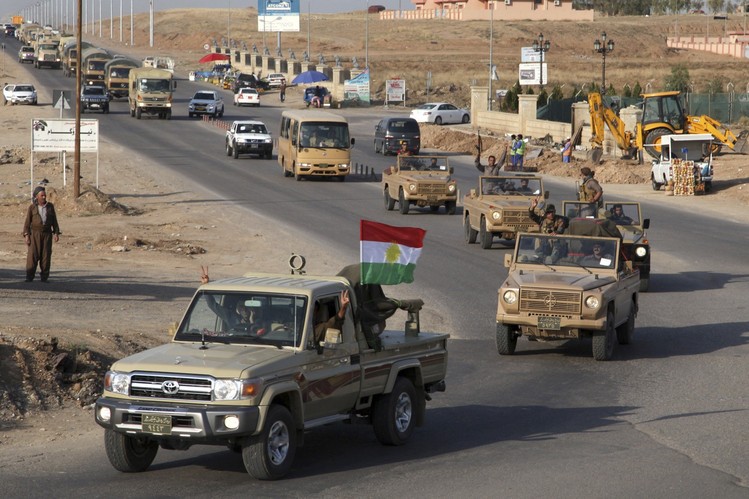 The first group of 10 Iraqi Kurdish peshmerga fighters entered Kobane yesterday to help push back IS fighters in a battle that has seen no rest in more than a month. 100 fighters have arrived in Turkey, and are preparing to battle in the days ahead. Despite the frequency of US-led airstrikes in the region, IS continues to intensify its attacks and Kurds are optimistic that the arrival of the Iraqi fighters will help change this. Google X’s research lab revealed on Tuesday morning a new project in the works that aims to push for early cancer detection. Their solution? A pill containing nanoparticles; such that they combine a magnetic material with antibodies or proteins that can attach to and detect other molecules inside the body. After being swallowed, a wearable device would be able to gather what the pill found using its magnetic cores and relay the data to the user. It can also be configured to send the information to their doctor, with the intent that it would lead to a better monitoring system.

11. African lion in danger of extinction

Specialists from the U.S Fish and Wildlife Service (USFWS) have proposed to list the African lion as threatened under the Endangered Species Act. Despite 70% of the species’ population still existing across Africa, the expected human population growth by 2050 in the continent is predicted to lead to habitat loss, prey availability and worsened human-lion conflicts.