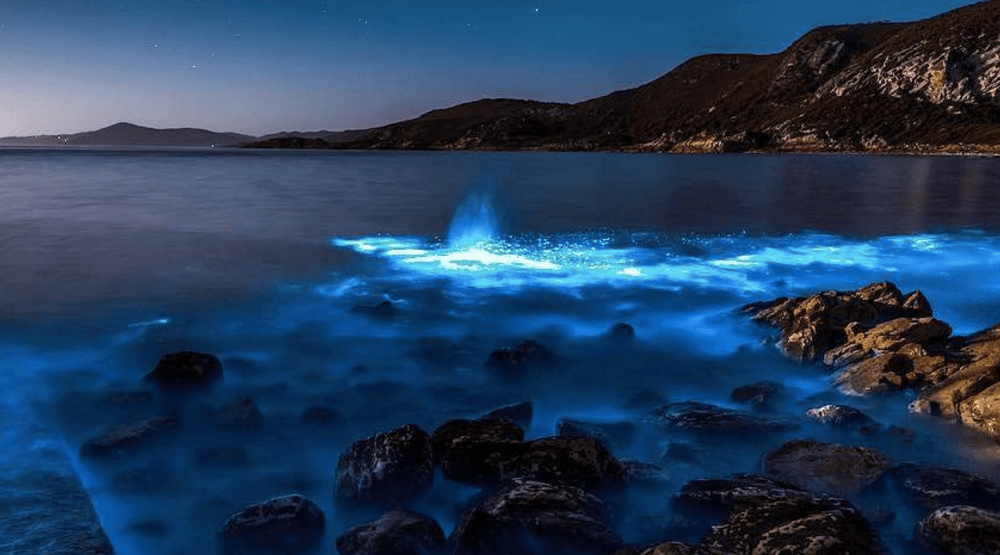 Tasmania’s Preservation Bay, where the sea has been glowing bright blue due to algae (@koskela_/Instagram)

Several people and a BBC news team suffered injuries after being on the scene when Italy’s Mount Eta erupted in Sicily. The combination of lava flow and steam caused a large explosion that spewed hot rocks. About eight people were injured and evacuated from the volcano by emergency crews. Etna is Europe’s most active volcano.

2. At least 4 injured at school shooting in France

At least 4 people were injured after a shooting at a high school in Grasse, France, on Thursday, March 16. According to France’s Education Minister Najat Vallaud-Belkacem, the attack was  “a crazy act by a fragile young man fascinated by firearms.” French officials say the 17-year-old attacker was inspired by mass shootings in the US. He entered the school armed with a rifle, two handguns and two grenades.

Intense fighting has erupted in Syria’s capital of Damascus as Syrian forces battle rebels in the eastern part of the city. The fighting began on Sunday, March 19, with bombings and suicide attacks. According to the Syrian Observatory for Human Rights,  government warplanes conducted more than 30 air strikes on rebels

Tasmania’s Preservation Bay is glowing with a blue hue due to waves shaking up algae cells. The algae, known Noctiluca Scintillans, flash with light to defend against potential predators.

5. Girl Guides of Canada end trips to US due to inclusivity concerns

For the foreseeable future, the Girl Guides of Canada will not be approving any travel to the United States, including both trips and any journey that requires a connecting flight through an American airport.

North Korea conducted a ground test of a new kind of high-thrust rocket engine. The country’s state media said that leader Kim Jong-un attended the rocket test on Sunday. Kim said the test was “a great event of historic significance for the country’s indigenous rocket industry.”

A Christian-pastor has discovered one of the world’s largest diamonds in Sierra Leone. The diamond, which weighs 706 carats, has not been valued yet. However, experts say it could be worth millions of dollars. The stone is currently being stored in the country’s central bank.

New drone regulations have been introduced by the Canadian government https://t.co/hD53dWHLKk pic.twitter.com/H1Osxq0gKe

The idea of a drone hitting an airplane and causing a “catastrophic event” is the kind of “nightmare scenario” that keeps Transportation Minister Marc Garneau awake at night.

Garneau made the remarks during a news conference at Toronto’s Billy Bishop Airport on Thursday, where he announced new restrictions and regulations regarding where drones can and can’t be operated.

“Up to now, we’ve had the dos and don’ts for recreational drone use, but they were only guidelines and there were no penalties for ignoring them,” Garneau said.

Under the Aeronautics Act, Garneau said, when there is a “significant risk to aviation” the Transportation Minister has the power to issue an interim order until new regulations can be enacted “and that’s what I have done today.”

Garneau issued an order “effective immediately” that prevents anyone from operating a recreational drone “higher that 90 metres, at night time, within 75 metres of buildings, vehicles, or people, or within 9 kilometres of any airport, heliport, seaplane base or airstrip where aircraft take off or land.”

9. Death toll rises in Peru due to flooding and mudslides

Heavy rains have caused overflowing rivers and intense flooding and mudslides in Peru. At least 72 people have died in the floods. Authorities say this is the worst flooding the country has seen in 30 years.