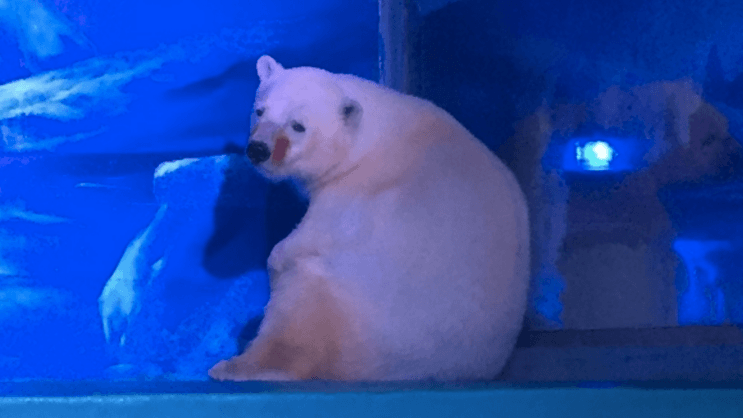 A failed military coup in Turkey has left at least 250 people dead and 1,440 wounded. Turkish President Recap Tayyip Erdogan says that the army was attempting to kill him. “They will pay a heavy price for this,” he warned.

Erdogan’s AK party has had an ongoing strained relationship with the army. The President says the coup is now over but the country remains on high alert as a three-month state of emergency has been declared.

The Republic National Convention took place this week in Cleveland, Ohio and a lot of interesting things happened.  Melania Trump gave a speech that was very similar to Michelle Obama’s address at the Democratic National Convention in 2008; Ted Cruz got booed off stage; Conservative radio host Laura Ingraham allegedly gave the Nazi salute; and Donald Trump accepted the nomination to be the official presidential candidate for the Republican party.

Charles Kinsey was shot in the leg by Maimi police on Monday evening. Kinsey, 47, was unarmed. He was accompanying a patient with autism from the group therapy home he works at.

Video footage shows the pair confronted by police. Kinsey gets on the ground with his hands up and can be heard asking his patient to put down his toy truck and get down on the ground too. Kinsey also begs the police not to shoot, and tries to tell them he is a caretaker.

They did not listen and shot three times, striking Kinsey in the leg. Kinsey said the shot “came like a shock.” He says he asked the police officer why he shot him, to which the officer replied, “I don’t know.”

Pakistani social media star Qandeel Baloch was killed by her brother, Waseem Ahmed Azeem, in what is being called an honour killing. Baloch was known as the “Kim Kardashian” of Pakistan and was a provocateur of the country’s conservative culture.

Azeem drugged and asphyxiated his 26-year-old sister. Baloch’s death has ignited public outcry as she represented a sense of empowerment for many women in Pakistan while breaking barriers with her unapologetic presence.

5. All Russian athletes could be banned from Rio de Janeiro 2016

Russian track and field athletes are banned from the 2016 Rio de Janeiro Olympic games. On Thursday, the Court for Arbitration of Sport rejected an appeal from 67 Russian athletes and the country’s Olympic committee. The International Association of Athletics Federation (IAAF) banned Russia from track and field events in November 2015 after the World Anti-Doping Agency (WADA) uncovered a state-sponsored doping scandal.

The International Olympic Committee and WADA are considering a blanket ban on all Russian athletes in next month’s Olympics after an independent report commissioned by WADA revealed that thousands of doping tests by Russia’s drug laboratory had been falsified by Russian government and intelligence officials. This includes switching samples at the doping laboratory during the 2014 Sochi Winter Games.

ISIS has claimed responsibility for an axe and knife attack on train passengers travelling through the city of Wurzburg in south Germany on Monday. According to BBC, four people from Hong Kong were seriously injured and 14 others were treated for shock. Officials killed the attacker, a teenage Afghan refugee, as he tried to escape the scene.

And then earlier today, at least nine people were killed when an 18-year-old gunman opened fire at a crowded Munich shopping centre and a nearby McDonald’s restaurant. Another 21 people were injured. The attacker killed himself shortly after the incident began.

Ghostbusters’ star Leslie Jones logged off  Twitter earlier this week after receiving racist and sexist messages on the social network.

“I leave Twitter tonight with tears and a very sad heart,” Jones Tweeted on Tuesday. “All this cause I did a movie. You can hate the movie but the sh*t I got today… wrong.”

Much of the hate was derived from Milo Yiannopoulos, a writer for conservative website Breitbart.com. Twitter banned Yiannopoulos for instigating the attacks. Fans of Jones were outraged and used the hashtag #LoveForLeslieJ to send support. Jones returned to Twitter on Thursday.

An aquarium located in a shopping mall in Guangzhou, China is under fire for keeping a lone polar bear captive in a small indoor concrete enclosure so visitors can take selfies with it. Over 377,000 people have signed a petition from Animals Asia calling for the closure of the Aquarium, which is also home to six beluga whales, five walrus calves, a wolf and arctic foxes.

9. At least 73 civilians killed in U.S. airstrike on Syria

Nearly 73 civilians were killed by US airstrikes on the city of Manbij, Syria on Tuesday. The US says that despite the civilian deaths, the airstrikes on Manbij (an ISIS stronghold) will continue. Anas Alabdah, president of the Syrian National Coalition, has called for an end to the airstrikes, which he believes will push residents “further into a spiral of despair and, more importantly, will prove to be a recruitment tool for terrorist organizations.”