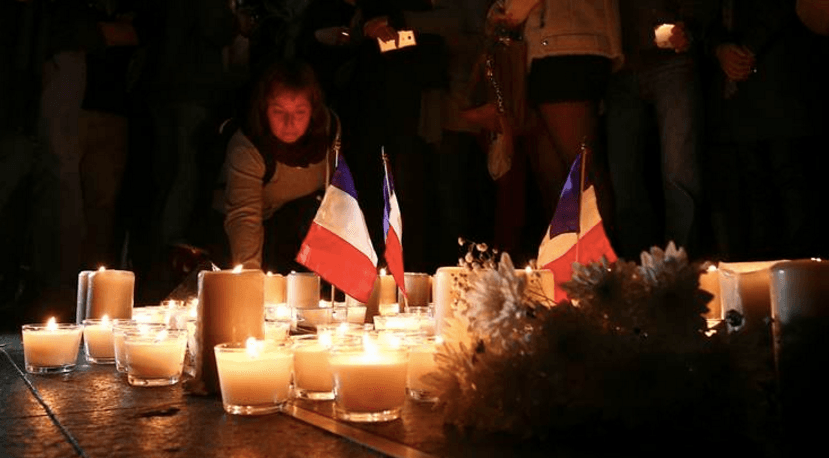 At least 84 are dead and 202 are wounded after an attacker drove a lorry truck into crowds of people celebrating Bastille Day in in Nice, France. The driver has been identified as 31-year-old Mohamed Lahouaiej Bouhlel. He was killed by police at the scene.

Authorities are still trying to determine if Bouhlel was working alone or with a group. Among the dead include 10 children and teenagers. France has declared three days of national mourning to pay respect to the victims of the attack.

2. At least 23 dead after two passenger trains collide in Italy

At least 23 people are dead and 52 are injured after two passenger trains collided head-on in Italy’s southeastern Puglia region on Tuesday. The trains were both travelling at 100-110 km/h on a single track when they crashed. Italy’s Prime Minister Matteo Renzi says there will be a full inquiry into who is responsible for the crash.

Vito Piccarreta, a station master, has come forward to say that he allowed one of the trains travel on the single track minutes before the accident. “I let the train go, I was the one who gave the signal,” Piccarreta told Italian media. Piccarreta says he is not the only one responsible for the accident. “I’m not the only one at fault, everyone is blaming me. But I’m a victim too,” he said

Former U.S. president George W. Bush raised some questions about his behaviour during the memorial service for the Dallas shooting victims.

It was a sad, solemn, occasion but Bush was seen bobbing up and down (or maybe dancing) while the choir sang. Bush was holding hands with his wife, Laura, and First Lady Michelle Obama, who gave him some side-eye and smiled awkwardly at his strange movements.

At least 123 police in Berlin, Germany were injured in clashes with protesters over building development in the eastern part of the city. About 3,500 protesters flooded the streets to demonstrate against gentrification and 1,300 police were sent to contain the crowds. At first, the protest was peaceful but soon after it turned into a riot.

Police sprayed tear gas at the demonstrators, shops were destroyed, and 86 people were arrested. Berlin police called it “the most aggressive and violent protest in the last five years.”

5. Dozens dead after unrest in Kashmir

At least 36 people have died following protests in Kashmir. The unrest began on Saturday after Indian authorities killed Burhan Wani. The 22-year-old was the leader of Kashmir’s dominant rebel group, Hizbul Mujahideen, which has been opposing Indian rule for over two decades.

Over 800 military and police personnel have been deployed in the region. Officials say that over 1,500 people have been injured during the last few days of political unrest. Both India and Pakistan have been fighting for rule over Kashmir for more than 60 years.

I am pleased to announce that I have chosen Governor Mike Pence as my Vice Presidential running mate. News conference tomorrow at 11:00 A.M.

Donald Trump has chosen Indiana Governor Mike Pence to be his vice-presidential running mate. The presumptive Republican nominee made the announcement on Friday.

Pence, who prides himself on being very socially conservative and Christian, has 12 years of legislative experience. It is expected that Trump will officially be announced as the Republican presidential nominee on Monday at the party’s convention in Cleveland, Ohio.

7. Thousands of Venezuelans cross border into Colombia to buy food and medicine

Over 35,000 Venezuelans rushed across the border to Colombia on Sunday to buy food and medicine. The basic supplies are not readily available in the country due to political instability and high inflation rates.

Last year, Venezuelan President President Nicolas Maduro closed the border to Colombia to combat smuggling of goods into the country.  The decision to reopen border entrances into Colombia was made after a group of nearly 500 Venezuelan women stormed over the border last week to purchase goods from the neighbouring country.

By now, most people have heard about the wildly popular ‘Pokemon Go’ mobile game, which has taken over the lives of many on a mission to “catch ‘em all.” The game’s popularity has added $30 billion to Nintendo’s value in one week, taking the company’s shares to a six-year high. The game has become a phenomenon and people can be seen playing it almost anywhere (even in places they probably shouldn’t be).

Britain has a new prime minister and her name is Theresa May. She has taken over David Cameron’s position after he announced his resignation on June 24, 2016, following Britain’s vote in favour to leave the European Union. May, 59, is the second female leader the country has seen, after the Margaret Thatcher.