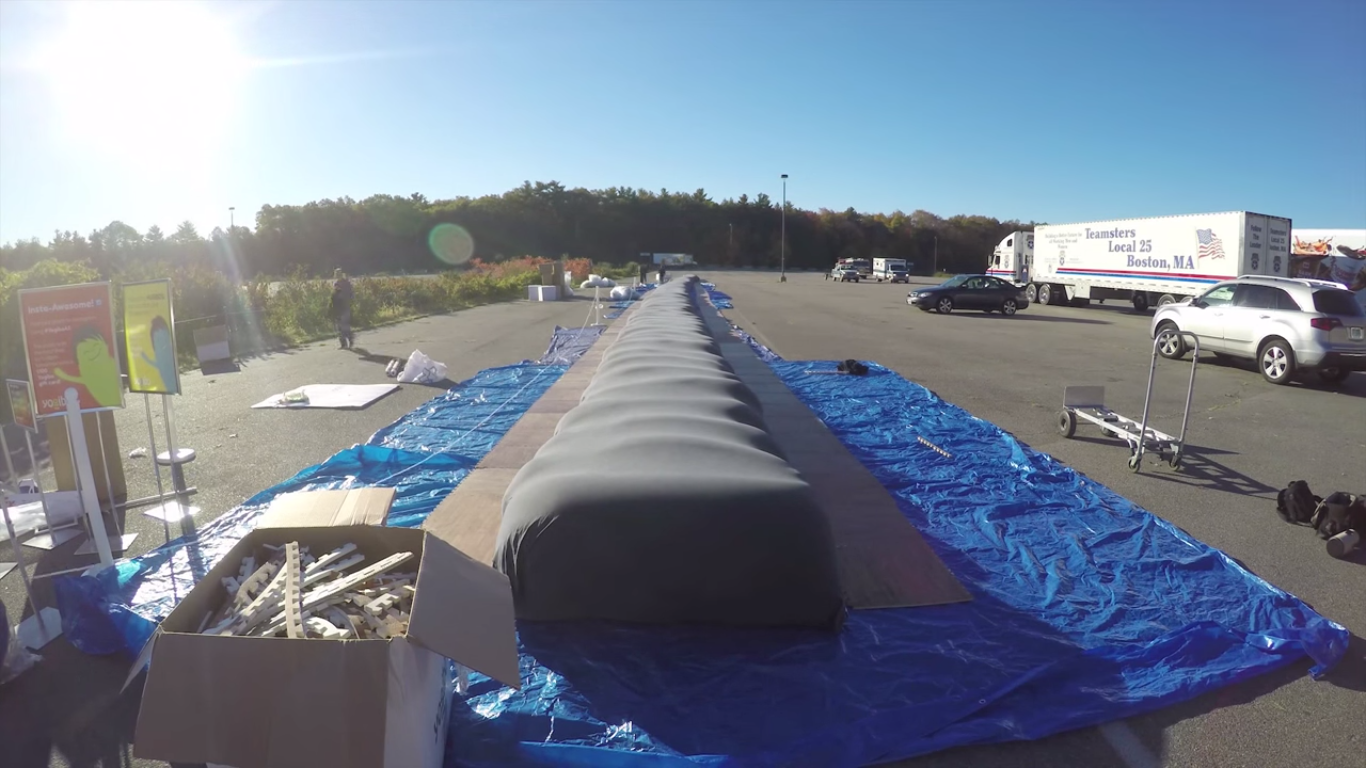 The world’s largest bean bag – sitting pretty at 210 feet long and weighing 1,700 pounds – is coming to Khatsahlano 2016 on July 9, taking up the intersection of West 4th Avenue and Trafalgar Street.

There’s no word as yet, however, on whether the intersection will transform into the world’s largest disgusting dorm room.

The world record holder was produced by Yogibo, a specialty bean bag chain operating primarily in Japan and the US. Its first Canadian store opened in Coquitlam Centre in November 2015.

Attendees can also take something called the “Yogibo Challenge” – for a donation to the Canucks Autism Network, you’ll have the opportunity to run the entire length of the beanbag, collecting as many Hugibo Mates (these guys) on the go as you can. If you win, you’ll be entered into a contest to win some non-specific prizes.

Here’s a timelapse of the bag being assembled:

Daily Hive Vancouver is a proud media sponsor of Khatsahlano 2016