While many people use Boxing Day to go out and buy the gifts they actually wanted at Christmas, a lot of people in Canada view this as the start of the World Junior Hockey Championship. This means big hits, bigger goal celebrations, and learning all the names of small towns across Canada where these kids grew up.

“Maple Bacon, Ontario is a real place? What?”

Yes, the proud tradition of watching kids carry Canada’s hopes and dreams on their backs started up again today, with Canada taking on the U.S.A. While in years past these teams have met up on New Year’s Eve (which have been the source of some of the best games in the tournament’s history), this year they faced each other right off the bat.

It also meant that two of the Canucks more prolific draft picks in Brock Boeser and Jake Virtanen would be matching up against each other.

So how did it go down? How did Jake and Brock do? Did they find a mutual acquaintance named “Body” to round out their group? Here is what went down, in a period by period recap:

And another one later in the period where US goalie Alex Nedeljkovic got a blocker on what looked like a sure goal from Coyotes prospect Brendan Perlini:

Perlini was so sure it was a goal he got caught celebrating what turned out to be a save, then had to drop his hands like nothing happened and skate back into the play.

“I was just stretching guys. My lats. My lats were cramping.” 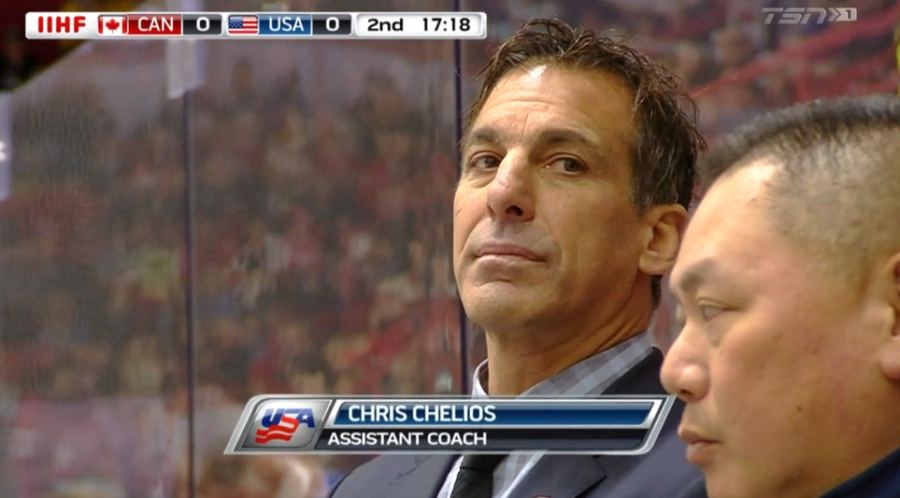 The best part of the goal was Chartier doing the double tap and putting the puck into the net “just in case”, before joining the celebration.

That is a goal Rollie Melanson will hate watching.

He just sort of slides along the ice, watching as the puck goes for icing, waiting for the cold embrace of death to free him from his hockey burdens.

He continued to take shots from poor angles. On one hand you like seeing a guy get lots of shots, but the criticism of Virtanen at the draft was his hockey IQ in regards to passing and utilizing his teammates. Today’s games did nothing to quell those thoughts, as throughout the game Virtanen seemed to be putting on a one man show.

It was a lot of racing down the ice (and to be fair, he does have good wheels) but nothing much would come from it. He would either lose the puck trying to beat one too many players, or he’d get a poor shot off or have his shot deflected.

When he did try passing the puck, it was often with poor results.

Virtanen didn’t even have the other side of his game going (the murderous hits) either, nor did he try and bring the puck to the net. On that last gif you can see Jake have a bit of a path to the net and he instead opts to go around the net.

Of course, this is just one game, so it’s best not to get carried away with things, but if you were to rate his play on this one game alone, it wasn’t that impressive.

@ShaneMalloy I described the play.

The ref assures Alex he thinks he will be up for a Golden Globe.

“I’m real sorry aboot this, eh, but I have to say the reffing, and I’m sorry to say this, but the reffing-”

Please note on that goal Brock Boeser setting up a screen. Sure, the screen was super far from the net, but it helped add to the chaos of the goal. Also a tip of that hat to the Canadian player trying to play goal on the shot, but gets beat glove side.

Dylan Strome had himself the kind of game Canucks fans wish Virtanen had. All game long he was bull rushing the puck to the net, and getting into the dangerous areas of the ice. Strome ended up being chosen as the player of the game for Canada. 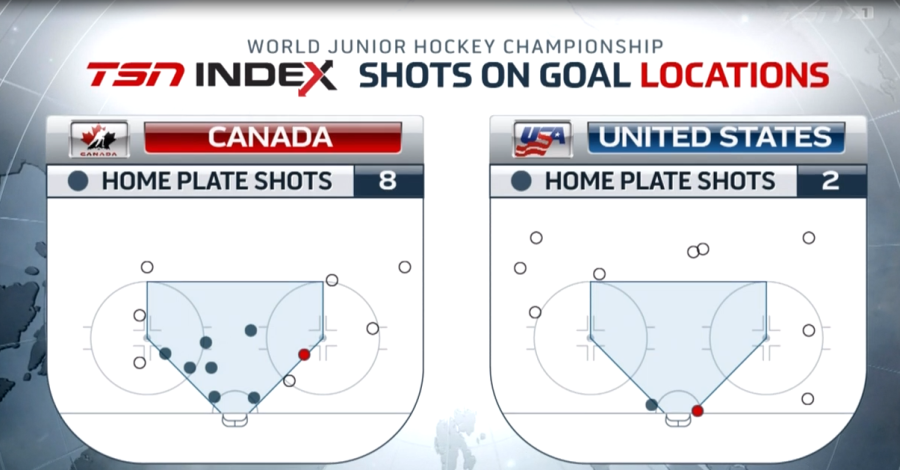 This highlights the best and worst of Virtanen. You can see how exciting his speed is, and when you add hitting and a good shot to his resume, it’s a skill-set many people would find desirable.

However, it also shows how uncreative his game can be at times. He didn’t really use his size or speed to create room for his linemates, nor did he get open for good looks at the net. He seemed stuck into doing speed rushes down the ice that would end up, as stated before, with a deflected shot or him trying to beat the defenceman, and losing.

In that clip you can see Jake doing a drop pass (Canucks management will be stoked at least) that didn’t have the accuracy it needed. Then the clip continues to Jake just throwing the puck through the middle, hoping someone will get it. The danger reveals itself when the US intercepts the pass and now they have the speed and the puck going the other way.

Auston Matthews enjoyed getting the easiest goal of his career.

Or maybe he has too much junk in his trunk. 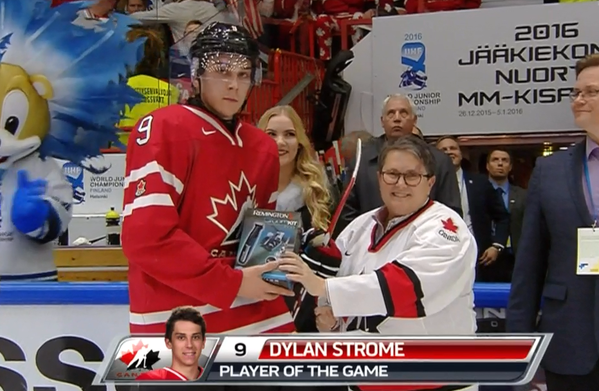