1. Ninety-year-old woman chooses life on the road after being diagnosed with cancer 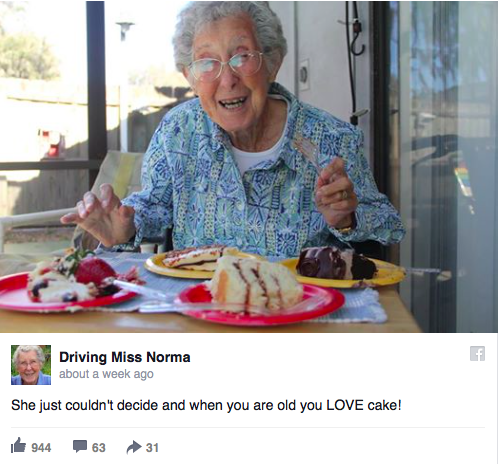 Just two days after her husband of 67 years passed away in July, Norma was diagnosed with uterine cancer. Doctors told the 90-year-old from Michigan that she needed chemotherapy and radiation treatments, but Norma refused. Instead, she decided to join her son Tim and her daughter-in-law Ramie on a road trip of a lifetime.

They all moved into a motorhome in August and began their trip across the U.S. The trio documents their adventures on the Driving Miss Norma Facebook page. Although Norma is not sure how much time she has left, she keeps a positive attitude. “She’s living life and not in an end-of-life mentality. She’s in the present moment,” Ramie told Today.

A baby elephant at Kruger National Park in South Africa got stuck in a drainage well but, luckily, two maintenance workers were there to help the little guy to safety. The elephant suffered from exhaustion after the incident but was uninjured.

3. Man gives shelter dog haircuts to help them get adopted 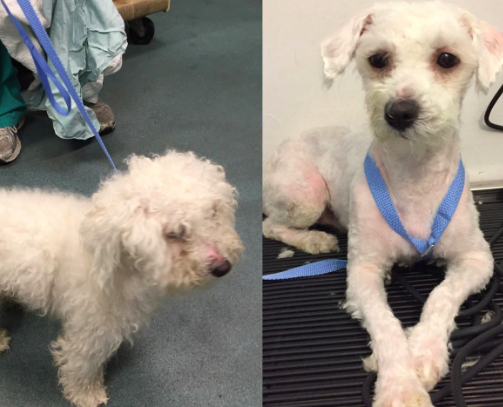 Mark Imhof owns a dog grooming business in New York. He donates free haircuts to homeless dogs to pamper them and increase their chances of being adopted. Some of the dogs come into shelters with matted, tangled hair. Imhof says that his cuts make the dogs feel better too. “These animals have so much love to give and just want to give and receive love,” Imhof told Metro UK.

In mid-January, a story broke about five-year-old Murtaza Ahmadi from Afghanistan. The little boy is a huge fan of soccer star Lionel Messi. For his fifth birthday, Ahmadi asked his dad for a real Messi jersey but his father told him that the family could not afford one. So Ahmadi’s older brother fashioned him a makeshift Messi jersey out of a blue and white plastic bag.

A photo of Ahmadi wearing that plastic bag jersey began making rounds on the Internet and even Messi saw the photo. That prompted the soccer star, who is a goodwill ambassador for UNICEF, to send multiple signed jerseys to Ahmadi and other children. “I love Messi and my shirt says Messi loves me,” Ahmadi told UNICEF.

Kiko the baby orphan giraffe is quite a popular resident at an animal nursery in Nairobi. A pack of baby elephants can often be seen trailing behind Kiko and it’s pretty darn cute.

This type of service is especially useful in Japan, where a large aging pet population is a growing issue. The doggy retirement home brings relief to dog owners like Akiko Hoshinos. She could not imagine having to put her 17-year-old female Shiba Inu, NeNe, to sleep. Hoshinos now has peace of mind that NeNe is being well cared for at Roken Honpo.

Plumbers Alif Babul and Dean Materi were renovating a Calgary bathroom when they noticed something strange buried under a pile of rubble. Turns out it was a gold brick valued at over $50,000. “Finding a gold brick underneath a tub is kind of strange,” Babul told The Calgary Herald. The plumbers were tempted to keep the brick but they did the right thing at returned it to the homeowner. “Seeing the economy the way it is right now, it kind of sucks that we had to give it back. Obviously we were going to do the right thing,” Babul said.

8. Adorable puppy gets braces and its the cutest thing ever

Wesley is a six-month-old Golden Retriever who recently started experiencing teething and orthodontic problems. His owner, Molly Moore, brought Wesley to her father’s vet clinic where the pup received braces. Besides helping his teeth, the braces also make Wesley even more adorable. Photos of the shiny-toothed dog have gone viral and will definitely put a smile on your face.

Ten-year-old Lucas Nielsen of Vanderhoof, B.C., visits B.C. Children’s hospital on a regular basis to receive treatment for an eye condition. While spending his time in Vancouver, Nielsen also enjoys visiting the Vancouver Aquarium. Over his past few visits, Nielsen has formed a friendship with a false killer whale named Chester. “He started recognizing me and started following me from one underwater viewing gallery to another, and he started actually spitting regurgitated food out at me and sticking out his tongue,” Nielsen told CBC Vancouver. Nielsen is homeschooled and doesn’t get the chance to hang out with other kids a lot. So his bond with Chester is very meaningful. “I think of him as my best friend in Vancouver,” Nielsen said.