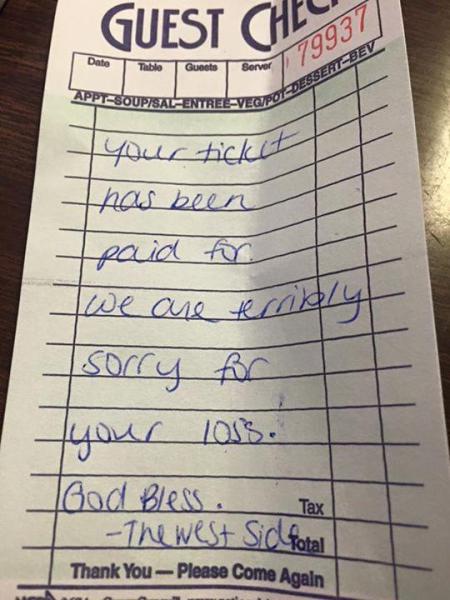 A waitress’ simple act of kindness went a long way for a couple grieving the loss of their nine-week-old daughter. Debbie Davis Riddle and her husband, Shaun Riddle, are regular diners at West Side Café in Fort Worth, Texas. They usually bring along their newborn daughter, Glory, but one day waitress Kayla Lane noticed that the baby was not with the couple. She approached her regular customers and asked why their daughter wasn’t with them. They told Lane that their baby had passed away a few weeks ago.

Lane was heartbroken to hear the news and at the end of the Riddle’s meal she decided to cover the couple’s tab. On the bill she wrote, “Your ticket has been paid for. We are terribly sorry for your loss. God bless. —The West Side.” Debbie decided to post a picture of the bill on Facebook. “When it was time for us to pay our bill, Kayla brings over our receipt. She didn’t even want us to tip her because she said the company took care of her tip as well. We hear so much negativity on the news and so that is why I felt led to share this story in hope that Kayla and this restaurant will get some good recognition,” Debbie wrote as a caption alongside the photo. The picture of the bill has since gone viral. 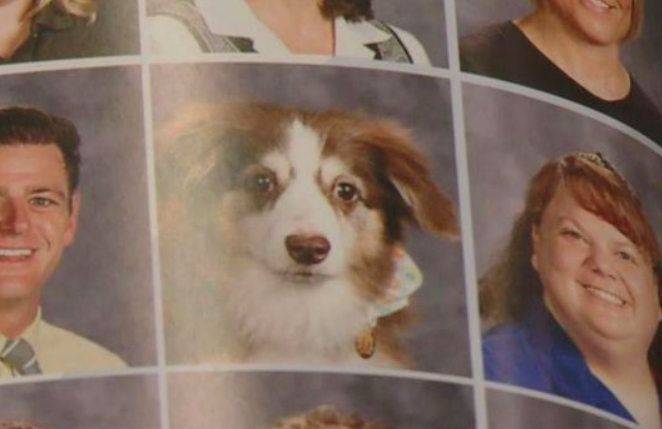 Service dogs at a Minnesota high school are getting some special treatment. Dakota and Caramel help special needs students and the dogs play a big role in making everyone around the school happy. In fact, the dogs are such an important part of the school community that they are featured in the school year book in the staff section. “The year book is for everybody our goal is inclusion and so including the dogs makes everybody feel like they are part of the year book,” said Kill Farrell, the school’s yearbook advisor.

3. Ten-year-old boy becomes one of the youngest people in the world to gain the highest possible score on the Mensa test 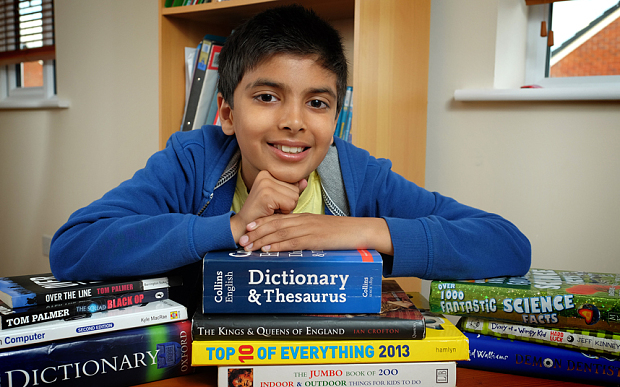 Aahil Jouher is not your average 10-year-old. While other kids his age are still learning fifth grade-level reading and math, Jouher has become one of the youngest people in the world to gain the highest possible score on a Mensa test. Mensa is the oldest IQ society in the world. In order to become a member of the society, one must score above the 98th percentile on the test. After he completed the test, Jouher told his parents he didn’t think he did well at all. However, he soon learned that he scored 162 – the highest possible score on the test. “I just thought I’d get an average score. When I found out I just thought ‘Oh my word’. I was really quite surprised. I thought I was just like every other ordinary kid,” Jouher told reporters.

4. “World’s most endangered turtle” expected to become a mother at 100-years-old 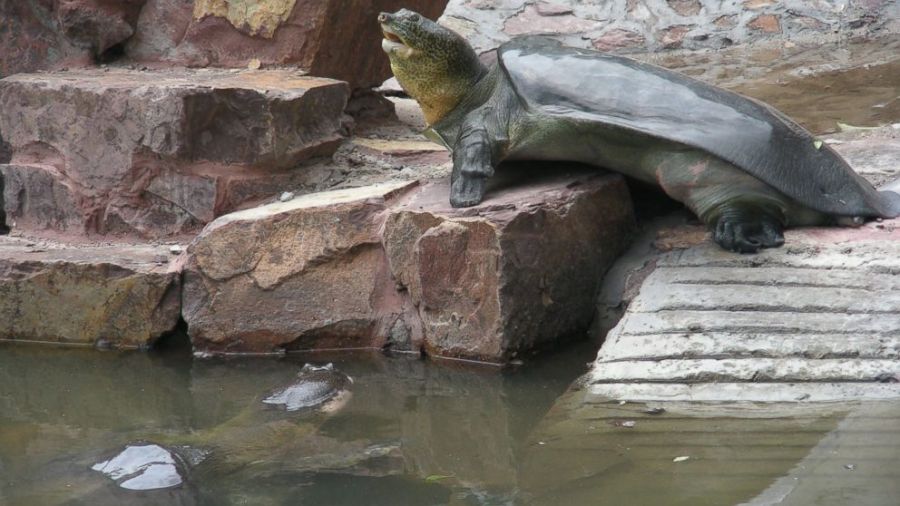 Scientists are eagerly waiting for a female Yangtze soft shell turtle to lay her eggs at the Suzhou Zoo in China. According to the Wildlife Conversation Society, the 100-year-old turtle is the last female of her species Rafetus swinhoei. The turtle was recently artificially inseminated and is expected to lay eggs within the next few weeks. This is the first time an artificial insemination has been preformed on any soft shell turtle species but scientists and conservation specialists are excited that there is new hope for the nearly extinct reptile. 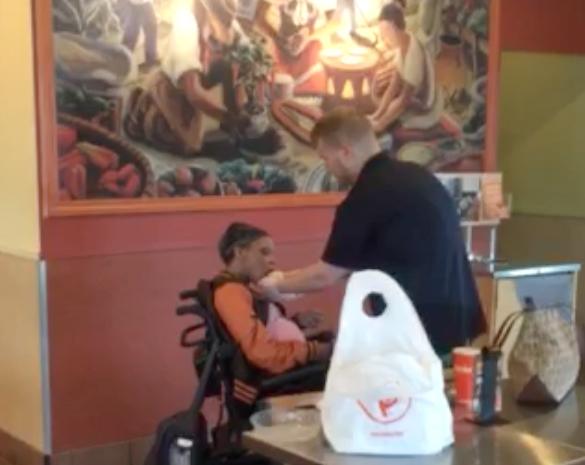 A restaurant worker’s simple act of kindness has gone viral. Dr. David Jones was at the Mexican eatery in Louisville, Kentucky, when he noticed one of the servers helping a disabled patron eat her meal. Jones took out his phone and filmed a 51-second video of what was happening. He sent the video to a local news station and it quickly spread around the Internet.

“[The restaurant worker] actually started to feed the young lady, and I think he had known her because she had been in there before, but I thought, you know that is really kind of awesome,” said Jones. Ridge Quarles was the worker caught on film. He had no idea that Jones was video taping his kind gesture. “Never in a million years would I have thought this was going to happen, it’s just simply a day just like any other day,” he said. “I just wanted to be able to help her out and someone was moved by it,” he said.

6. Seeing eye dog jumps in front of blind owner to save her from being hit by a bus 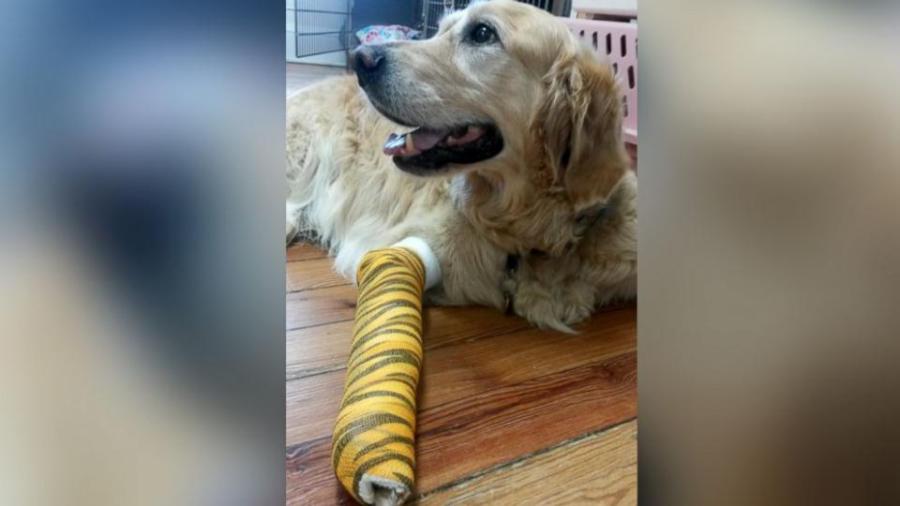 Figo the golden retriever is being credited as a hero for risking his life to save his blind owner, Audrey Stone. The dog threw himself between Stone and an oncoming bus. The bus was not able to stop in time and unfortunately Stone and Figo were hit. Although Figo sustained a major injury to his leg, he saw Stone lying on the ground after she was hit and refused to leave his owner’s side. “The dog did not want to leave the side of the woman at all…it was the same thing with her, she did not want to leave the dog’s side,” Police Chief Jon Del Gardo told reporters. Figo and Stone are expected to make a full recovery. 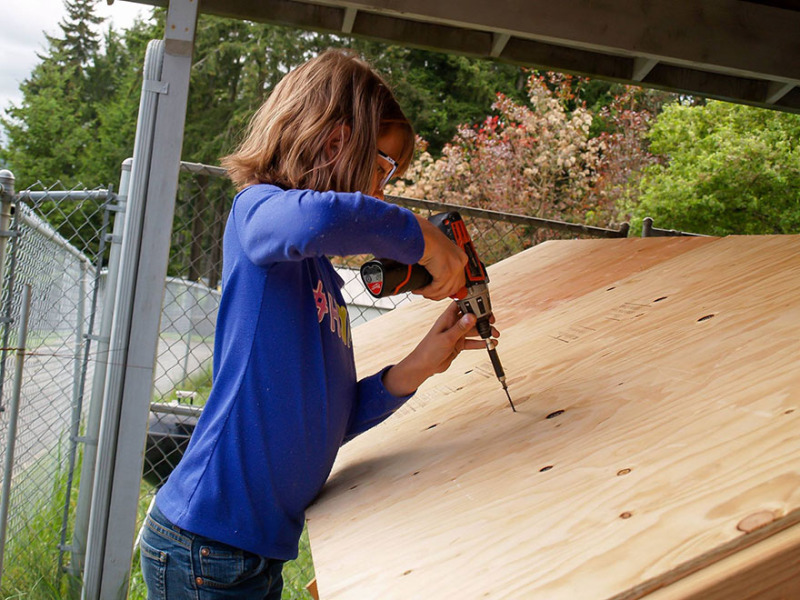 Hailey Fort is only nine years old but she is determined to make a difference in her community. Fort has gotten to know many homeless people in her town and she has built a total of 12 mobile shelters for them this past year. With the help of her mom, Fort makes sure that each shelter is built to suit the person who needs it. Not only does she build shelters, she also grows fruits and vegetables for those in need. She hopes to grow 250 pounds of food for the homeless this year. “Hailey is repeatedly told that she can stop at any time but she continues because this is her passion. I think a lot has to do with setting such high goals and then the rush she gets when she meets them,” her mother Miranda told ABC News.

8. Firefighter attends graduation of a girl he saved when she was an infant 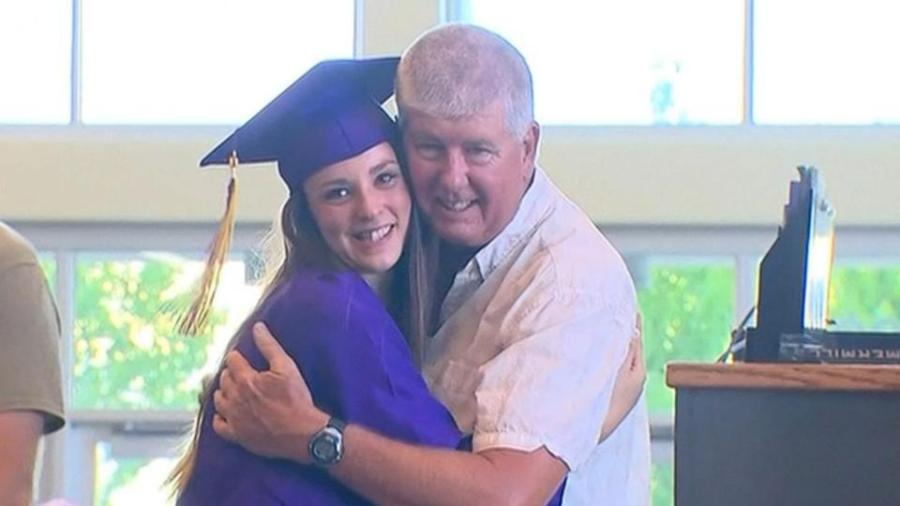 Seventeen years ago, firefighter Mike Hughes received an emergency call about a house fire he would never forget. “Our engine pulled up and the whole interior part of the house was burning heavily,” Hughes told ABC News. “My partner and I went in and I got a call on the radio that they suspected somebody was in the house.” He ran into a bedroom, where a nine-month-old baby named Dawnielle Davidson was crying in her crib. Hughes ran over to save the baby, and luckily everyone escaped the house without getting hurt. Years later, Hughes still had the rescue on his mind. He wondered what happened to Davidson and he was able to find the then-middle school student on Facebook. “I sent her a note that said, ‘I think I pulled you out of a fire when you were a baby,’” Hughes recalled. “And she gave me a test…she wrote back, ‘Oh yeah, what was my mom doing?’”

“I replied, ‘Well she was at work and your dad was there,’” Hughes said. After Davidson was able to confirm that Hughes was the man who saved her that night, they kept in touch. In fact, Davidson and Hughes’ bond is so special that the teen invited the firefighter to her high school graduation. “She said words to the effect of, ‘I wouldn’t be here if it weren’t for you and your crew,’” Hughes said. “She was the third person I’d pulled out of a fire in my career so I always say the third is the charm.”

9. Eight-year-old boy endures bullying and teasing for two years in order to grow out his hair and donate it to cancer patients 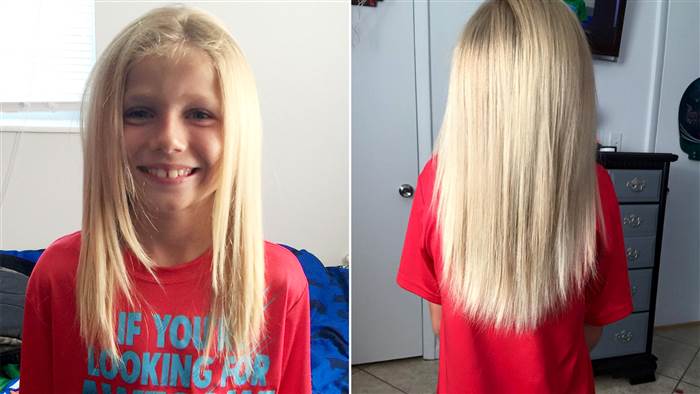 For nearly two years, eight-year-old Christian McPhilamy has grown out his hair with the goal of donating it to charity for cancer patients. In 2012, McPhilamy saw a commercial for St. Jude’s Children’s Research Hospital. The clip showed young cancer patients without hair and this inspired the little boy to try and help. He decided he would grow out his hair long enough so it could be used to make wigs for kids who had lost their hair due to chemotherapy treatments. As his hair began to grow longer, kids at school took notice and not in a very nice way. They would tease Christian for his long locks, often calling him a girl and telling him to cut it off. However, Christian did not let the bullying and mean comments deter him from his goal and on Wednesday his hair was long enough to donate. His family gathered to watch his 10-inch blonde locks be cut off. The hair was sent to charity where it will be made into free wigs for kids who have lost theirs to cancer, alopecia and burns.