Samantha Jackson and Farzin Yousefian were planning a big wedding for March 2016. But in September everything changed when the couple from Toronto heard the news about Alan Kurdi, the 3-year-old Syrian boy, who was found washed up on the shores of a beach in Greece. Kurdi and his family were refugees trying to reach Europe by sea when their boat capsized.

The couple decided that instead of a lavish wedding, they would have a simple ceremony at City Hall in order to raise enough money to help sponsor a Syrian family. They had a reception, which was also a fundraiser for the refugee family. “We felt we had an obligation, in light of the humanitarian crisis, to contribute, and we thought this was the perfect opportunity to do that,” Yousefian said, according to the Toronto Star. So far, the couple has raised $17,500.

After hearing that a local mosque was vandalized, a seven-year-old Texas boy wanted to do something to help the Muslim community in his neighbourhood. Jack Swanson decided to donate his piggy bank filled with $20 to the mosque. A Muslim human rights lawyer named Arsalan Iftikhar heard about Swanson’s kind gesture and sent him a new iPad and a note to say thank you. “Because of your amazing generosity & kind heart please enjoy this Apple iPad with our sincere thanks :-). Love The American Muslim Community,” read the note.

McDonald’s staff threw a birthday party for the 93-year-old man who visits every day: https://t.co/JVQeWHerYS pic.twitter.com/ojVWIMfSWW

To say Harry Scott loves McDonalds is an understatement. The senior eats a meal at his local Mcdonalds in Workington, England, everyday. Scott started going to the restaurant frequently after his wife passed away. He ended up making friends with the servers and he even has his own booth. For his 93rd birthday, the restaurant staff surprised Scott with a party to thank him for being a great customer. “When they threw the surprise party I had to wipe my eyes,” Scott said, according to Metro UK.

4. Man has both hands successfully reattached after work accident 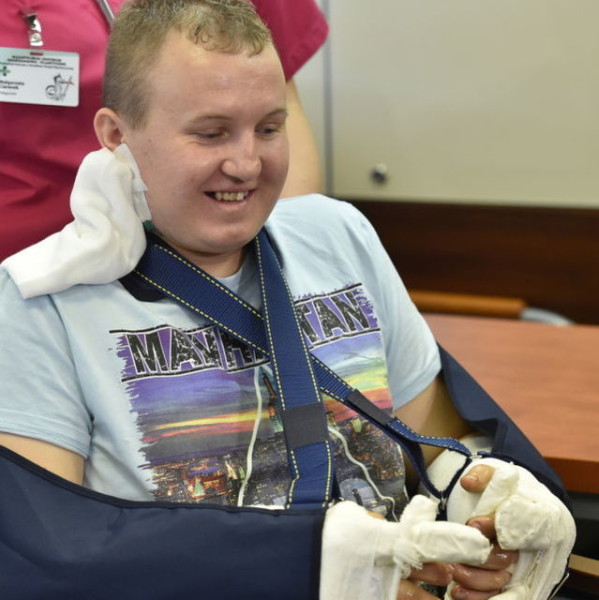 After a terrible work accident that cut off both his hands, 24-year-old Sylwester Ordon of Poland will be able to use the limbs again. Ordon’s hands were successfully reattached to his arms in a 10 hour surgery. “I feel good after the surgery. I could move my fingers the next day. I believed in success because I was told that this hospital is able to do this. I didn’t lose hope,” said Ordon, according to Expatriate.

5. Women knit sweaters for chickens to help keep them warm

Chickens are feeling a little bit warmer these days thanks to the help of Nicola Congdon and her mother, Ann. The women own nearly 60 chickens at their home in Cornwall, England. The chickens have spent most of their lives cooped up in small cages and they have trouble getting used to outside temperatures. Nicola and Ann decided to knit wool sweaters for the birds to help keep them warm. “It’s important to make people aware of the poor conditions the hens live in and the fact that they have no feathers when they are retired,” said Nicola, according to Bored Panda. 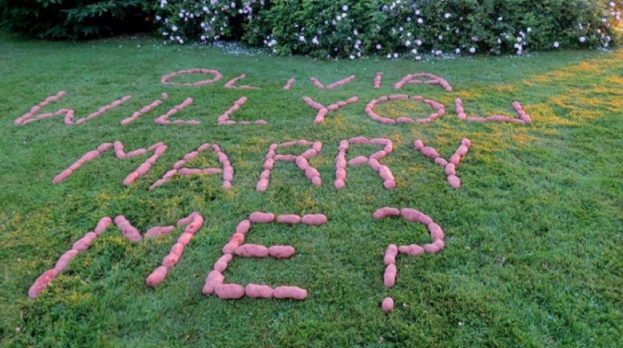 Some people propose with flowers and chocolate, but Brodie MacDonald decided to ask his girlfriend Olivia Harris to marry him with potatoes. The couple is from P.E.I and the tiny Canadian island is famous for its potatoes. Harris’ family has also run a potato farm for generations, so the vegetable is very close to her heart. It took 200 potatoes for MacDonald to spell out “Olivia will you marry me?” in her backyard and she immediately said ‘yes.’

The amazing reason jackets are turning up on lamp posts in Halifax https://t.co/ntFSqSW2fK pic.twitter.com/6ej54GwGOG — The Loop (@theloopca) November 18, 2015

Winter jackets and scarves tied to lamp posts and power poles appeared all over Halifax this past weekend thanks to the work of Good Samaritans trying to make sure the homeless in the city will have access to warm clothing as temperatures drop. Seven-year-old Jayda Atkins was accompanied by her friends and their parents on Sunday to tie the winter apparel on posts all across the city. Tara Atkins, Jayda’s mother, helped organize the coat drive and she hopes that it will teach her daughter and her friends to be grateful for what they have. “When we were going yesterday, with a group of young girls who don’t always know how fortunate they are, we thought it was a really good opportunity for them to see.” she said, according to CTV Atlantic.

She’s had stage 4 cancer for 18 years. I’m so happy to know your story, Kristin. https://t.co/P0BnBHAWVo pic.twitter.com/czXyOHZxAO

Eighteen years ago, Kristin Johnson St. Goddard of Seattle was diagnosed with stage 4 cancer, but that has not stopped her from living life to the fullest. “I don’t want to miss one minute of life. I don’t want one minute to pass me by,” explained St. Goddard, according to K5 News. She has travelled all over Europe in the past several years, and she does not plan on letting cancer get in her way. “Stage 4 cancer for 18 years. Seventeen different treatments. Mastectomy. No hair. Tubes in my lungs. If you told somebody, ‘go into the room and pick someone out (with cancer),’ they wouldn’t know it was me. I’m the healthiest sick person you’ll know. I should be dead, but I’m not. So what I’m doing must be working,” she said.

Seven-year-old Ethan Hall was singing the Australian national anthem at a baseball game in Adelaide, South Australia, when he suddenly got the hiccups. But that didn’t stop Hall from performing. Watch the video above to see how the little boy’s determination paid off.