That’s why each Wednesday, we will be bringing you a roundup of some of the biggest news stories about good things that happened around the world to help brighten your day. Here’s nine positive things that happened last week that you should know about (in no particular order): 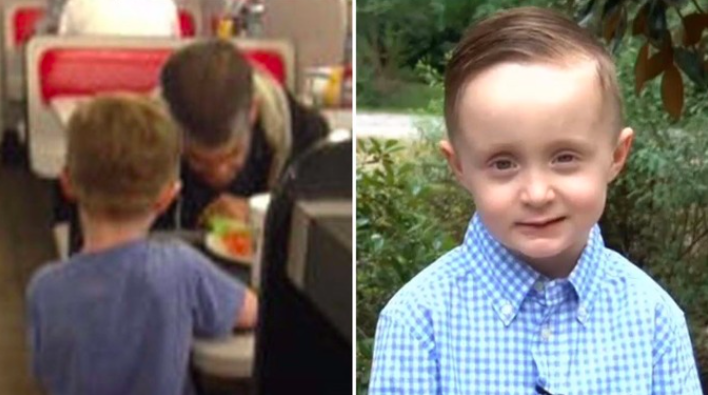 A little boy’s kindness moved restaurant patrons to tears when he asked his mother to buy a homeless man a meal. Fiver-year-old Josiah Duncan spotted the man outside a Waffle House restaurant in Prattville, Alabama. He asked his mother, Ava Faulk, why the man was outside the restaurant, and she explained that he did not have a place to stay. After hearing this, Josiah was very troubled by the fact that the man did not have anything to eat or a home so he told his mother to invite the man inside and buy him some food. Faulk agreed and she assured the man he could order anything he wanted. Before the man started to eat, Josiah insisted that he say a blessing with him. The little boy joined the man for a prayer and diners watched on with not a dry eye left in the restaurant.

2. Veteran has charges dropped against him after breaking into a car to save a dog’s life

Police have dropped charges against a Georgia man for breaking into a car. However, the break-in was for a good reason as Michael Hammons was attempting to free a dog that was trapped in the hot car with no windows open. Hammons, who is a veteran of the first Iraq war, broke the car window with his wife’s wheelchair in order to save the dog. When the owner saw the damage, they insisted that Hammons be arrested for criminal trespassing. This outraged many members of the public because in Georgia, the law allows you to break a window to save a person but not an animal. A local Ford dealership offered to replace the window of the car and the owner then agreed with the county district attorney to drop the charges.

3. Cab driver finds $7,200 in the trunk and returns it all to the rightful owner 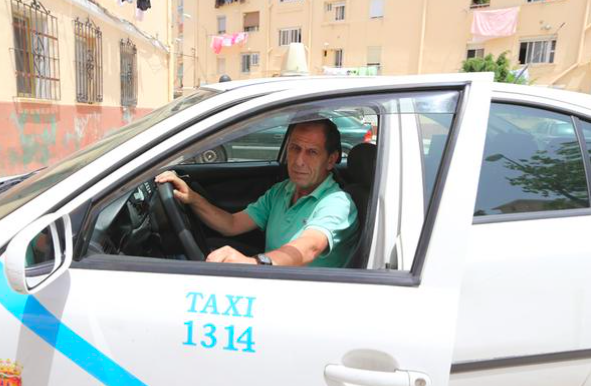 A taxi driver from Málaga, Spain is being called “cabbie of the year” after his honest gesture. Francisco Dieguez found a backpack containing $7,200 left in the trunk of his cab. “I had a look inside. There were two passports, a Nikon camera worth about €2,000, an iPad, some watches and an envelope with $7,200 (€6,340) inside,” the taxi driver told Diario Sur, a local Spanish newspaper. While Dieguez could have easily kept the money for himself, he was determined to find the rightful owners. He realized that the backpack belonged to an American couple that had travelled in his cab a few days before.

Dieguez visited several hotels to try and find out who the owners were but he had no luck. Finally, he handed the backpack into the local police station and officers were able to identify the owner as an American firefighter. The owner had already returned home to the U.S. but flew back to Málaga to pick up his items and personally thank Dieguez for his kindness and honesty. 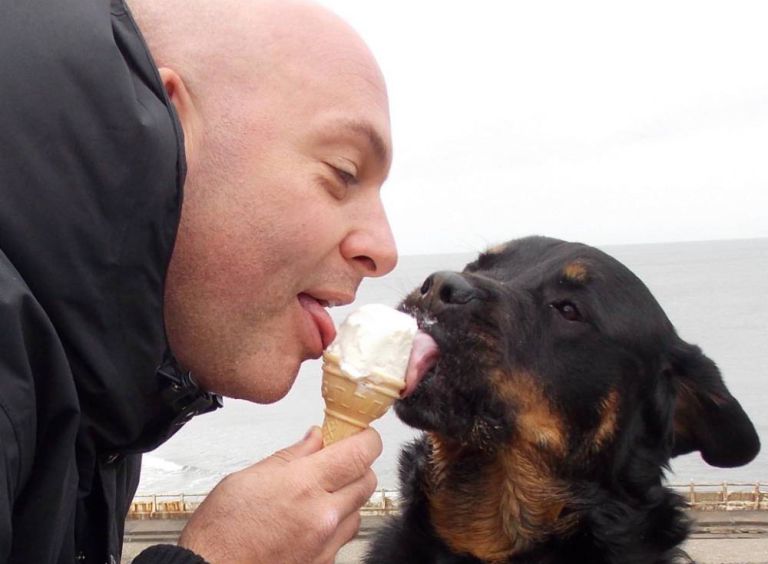 A heroic dog with terminal cancer completed an incredible bucket list days before she died. In March, the Rottweiler, named Coco, was diagnosed with bone cancer and was only given six weeks to live. Coco’s owner, Symon Spencer, decided to write down a bucket list for his dog before she passed away. The bucket list included taking Coco to run on the beach, sharing an ice cream with Spencer and meeting a celebrity. With the help of people who heard about Coco’s story, the dog was able to complete all items on the list before having to be put down. 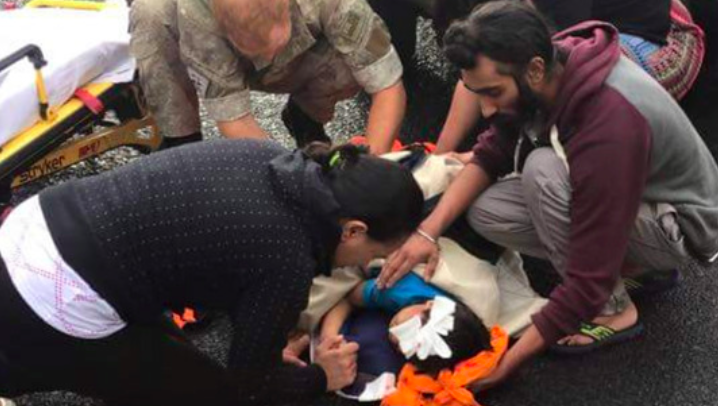 Harman Singh is being hailed a hero for a simple act while attempting to save a little boy’s life. Singh was at home when he heard a crash and ran outside to find five-year-old Dawjon Pahia with a bleeding head as a result of being hit by a car. Singh knew that the boy’s neck needed support and he removed his turban to cradle Pahia’s bleeding head. Turbaned Sikhs are not supposed to remove their headwear due to religious protocol. However, these rules do not apply when someone’s life is in danger or during an emergency.

“I wasn’t thinking about the turban. I was thinking about the accident and I just thought, ‘He needs something on his head because he’s bleeding.’ That’s my job – to help,” Singh told reporters. Singh and other Good Samaritans stayed with Pahia until first responders arrived. The boy is now recovering and Singh had the chance to visit him in hospital. Many people are also reaching out to Singh via social media to send their praises for his kind act. “Thousands of people have said ‘well done’. I was only doing what I had to and trying to be a decent member of the community,” Singh said.

6. Cancer patient who called 911 for food receives an outpour of donations 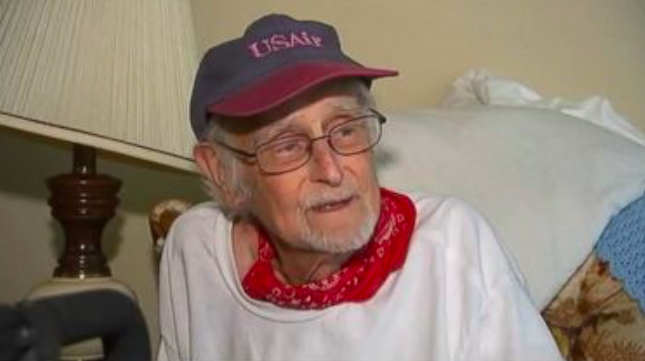 Donations are pouring in for an 81-year-old man who called 911 to ask for food because he was hungry. Army veteran Clarence Blackmon had just returned to his home after months of receiving cancer treatments at the hospital. He had no food or water in his home and he was unable to get any because of his frail health. “What I need is someone to get to the grocery store and bring me some food because I need to eat something,” Blackmon told the 911 operator. After his story went public, members of the community responded immediately. Blackmon has received boxes of donations and calls from people asking how they can help. In fact, he now has so much food that he is donating some to a local food bank to share with others in need.

7. Four-year-old with rare brain tumour has the ‘best day ever’ when a local charity brings the beach to his backyard 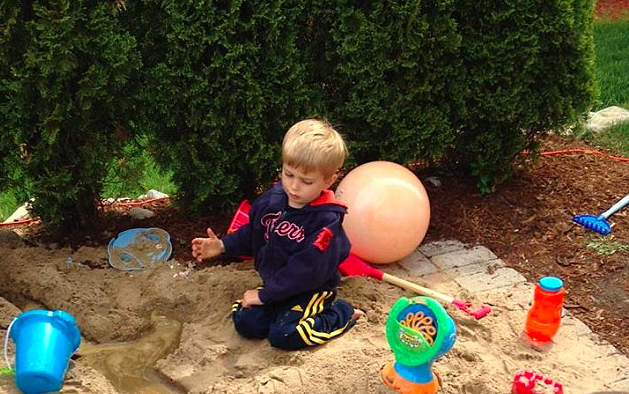 Four-year-old Chad Carr is battling a rare brain tumour and one of his biggest wishes has been to go to the beach. He got the opportunity to do so when a charity offered to fly him and his family from Michigan to Florida. Unfortunately, doctors said Chad was too sick to travel. So instead, the charity decided to bring the seaside to Chad as they turned his backyard into a beach with 6,000 seashells, sand, a hot tub and beach toys. Chad was completely taken aback when he saw his very own beach. “This is the best day ever!” he told his mother as news crews filmed his reaction.

8. Couple who met on a plane gets married a year later on the same flight 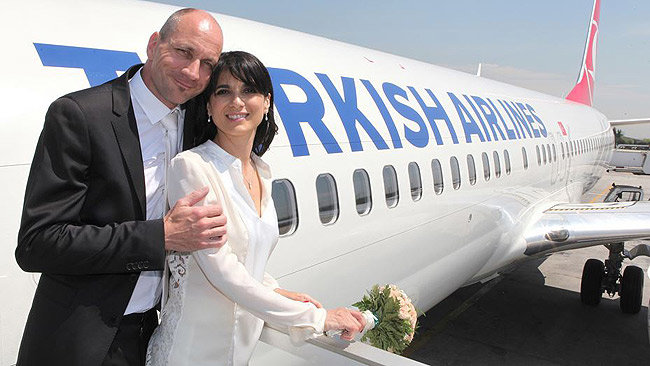 In May 2014, Serbian actress Vjera Mujovic and German doctor Stefan Preis were seated beside each other on a Turkish Airlines flight travelling from Istanbul to Mongolia. Mujovic and Preis immediately hit it off and kept in touch afterwards. The two eventually fell in love and earlier this month they tied the knot on the same flight. Mujovic walked down the isle of the plane and guests sat in the seats while throwing flower petals. Preis waited for his bride-to-be with the flight crew near the cockpit. The couple exchanged their vows and cut the cake 30,000 feet in the air.

9. A 92-year-old World War II fighter pilot gets to fly her plane for the first time in 70 years

Joy Lofthouse, a 92-year-old Air Transport Auxiliary veteran, was given the opportunity to take a Spitfire airplane to the skies one last time. To mark the 70th anniversary of the end of World War II, Lofthouse was asked to fly once again. “It’s very hard to describe the feeling,” Joy Lofthouse told BBC News from the cockpit of the fighter jet. “It almost makes one feel young again.”