1. Harriette Thompson, 92, becomes oldest woman in the world to finish a marathon 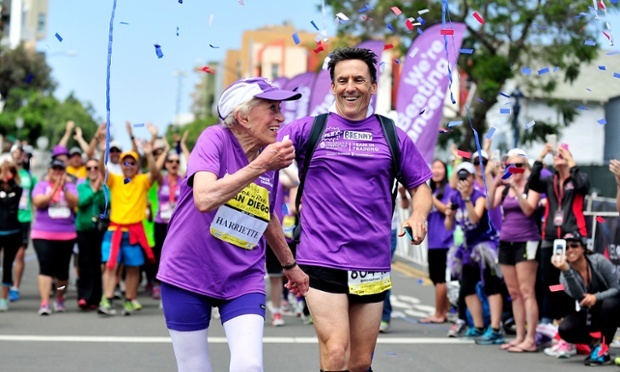 A 92-year-old cancer survivor has become the oldest woman to complete a marathon. Harriette Thompson of North Carolina ran Sunday’s Rock’n’Roll Marathon in San Diego. She completed the 42-kilometer race in 7 hours and 24 minutes. Her preparation for the race has come with some setbacks. Her husband died in January and she was she battling an infection in one of her legs during training. “I couldn’t train very well because my husband was very ill and I had to be with him for some time and then when he died in January I had some treatments on my leg. I was just really thrilled that I could finish today,” she told reporters.

2. Baby Orangutang on the road to recovery after escaping abusive conditions

Budi the baby Orangutang has survived some horrible conditions. He was kept in a small chicken cage and fed nothing but condensed milk by his owner for over a year. Members of the NGO International Animal Rescue (IAR) in Ketapang, Indonesia found out about Budi and saved him. He was brought back to the IAR’s Orangutang Rescue Center where he has been recovering for the past year. Budi’s health has been steadily improving and recently he has learned how to climb for the very first time. He has also met another rescued Orangutang named Jemmi and they have become best friends. Watch the video clip to see Budi and Jemmi hanging out while sharing some snacks.

3. Once homeless, this teen mother is now her graduating class valedictorian and has been awarded over $600,000 in scholarships 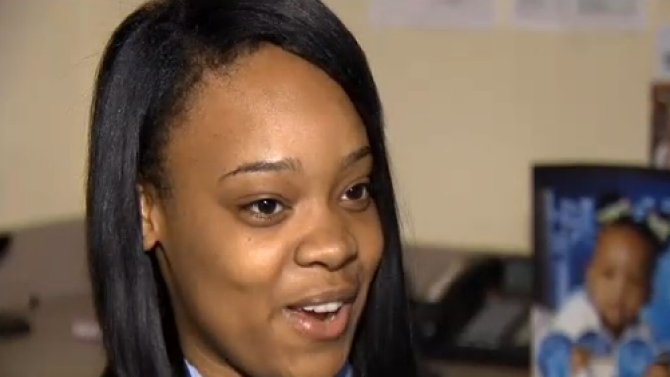 Trameka Pope gave birth to her first child the summer after she completed eighth grade. To make matters worse, her family was also experiencing homelessness at the time. However, she was determined to finish high school and achieve her dreams. With her hard work and dedication, Pope has received 26 college acceptance letters and has been awarded over $600,000 in scholarships. She is also the valedictorian of her graduating class at her high school in Chicago. “I always said that I wanted to make a change and I wanted to be in the history books, and I started with myself,” Pope told reporters.

4. Dog adopts lamb that was abandoned by its mother 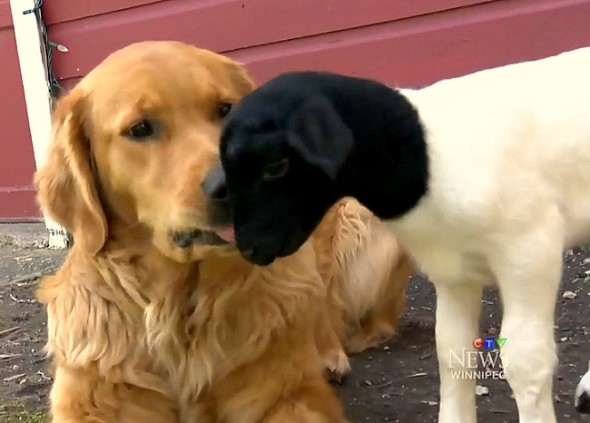 Right after birth, Stormy the lamb was rejected and abandoned by her mother. Luckily, Stormy has found a new mother on the farm she lives on in Winnipeg. A one-year-old Golden Retriever named Tammy has taken Stormy in as her own. The dog immediately began to care for the abandoned lamb and the two animals have developed an inseparable bond.

5. Fifth graders stand up for a fellow classmate being harassed by bullies 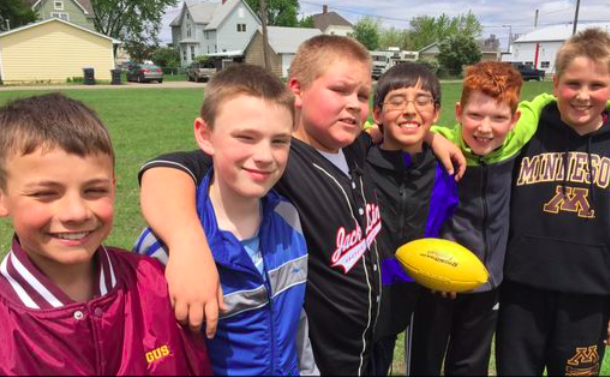 A group of fifth grade boys at Franklin Elementary in Minnesota have taken a stand against bullying. The boys saw that fellow classmate James Willmert was being bullied on the playground on a regular basis. James has a learning disability and some kids at school decided that he was an easy target to make fun of. “They were like, using him and taking advantage of him. Because he’s easier to pick on and it’s just not right,” explained Jack, one of the boys who has befriended James. The boys sit with James at lunchtime and play with him everyday on the playground. They have also taken their friendship outside of the schoolyard. When they found out that James did not have a video game system at home, they pooled together some money to get one for him. “All these guys are the best friends anybody could ask for,” James told reporters.

6. Woman gets back wedding rings she lost in the 1960s 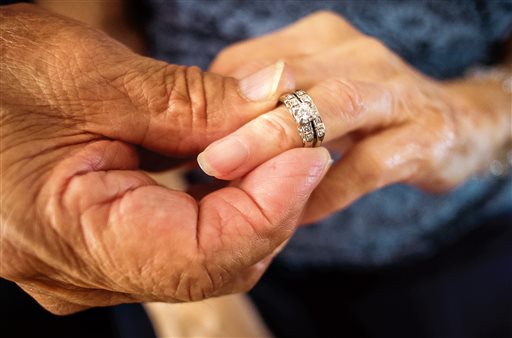 Ofelia Kirker lost her wedding rings over 50 years ago but they have been found just in time for her 64th wedding anniversary. Kirker believes the rings fell on her way to church in the 1960s. Kirker notified Romana Gutierrez, a woman who lived near the church, about her lost possessions. The women looked for the rings but could not find them. Kirker eventually gave up on trying to find her jewelry and never bought replacement rings. Years later, a gardener found the rings while working in Gutierrez’s yard. The only problem was that Kirker and her husband Robert had moved away to Santa Clara and Gutierrez did not know how to get in touch with them.

Luckily, Gutierrez’s daughter Edna Salas knew the Kirker’s daughter-in-law and the rings were returned to the couple. “It feels like we’re getting married again,” said Ofelia’s 83-year-old husband Robert Kirker. The couple has gone through their ups and downs. They lost their infant daughter in a fire and a granddaughter and great-grandson in a 2012 car accident. “It’s unbelievable to be wearing them again,” said Ofelia. “They had been gone for so long. It’s wonderful to have them back.”

7. CEO vows to pay for the tuition of his employees’ children 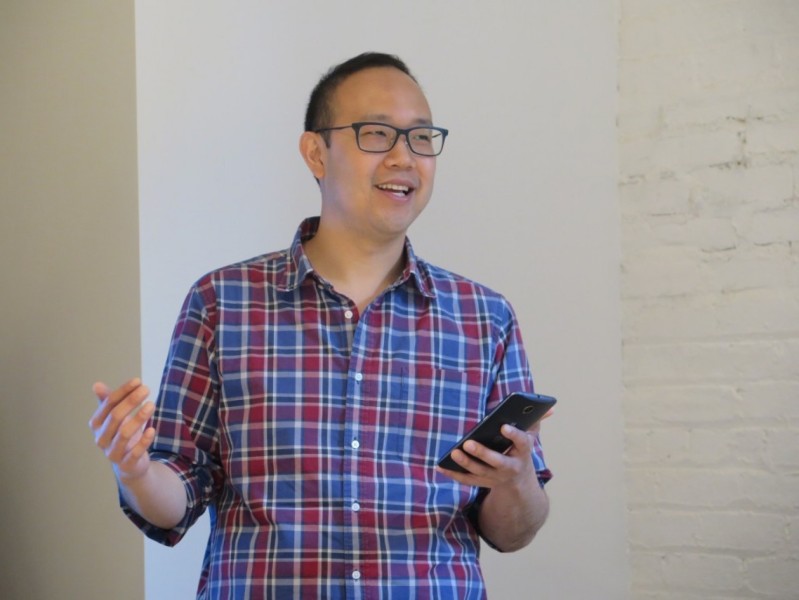 It is no secret that companies like Google and Apple offer their employees some pretty cool perks. But one CEO is vowing to do a lot more than just provide his workers with a state of the art coffee machine or fancy chairs. Chieh Huang is the co-founder of Boxed- an online retailer of household goods. He is promising his employees that he will pay for all of their children’s college tuitions. Huang says that he will set aside a double-digit percentage of his own earnings to make this possible. The tuition program will cover all four years of undergraduate college studies (not including room and board or books). “I actually don’t think of it as a perk […] If you’re along with us for a ride, you deserve us investing back in you and your family’s upward mobility,” Huang said in a recent interview. 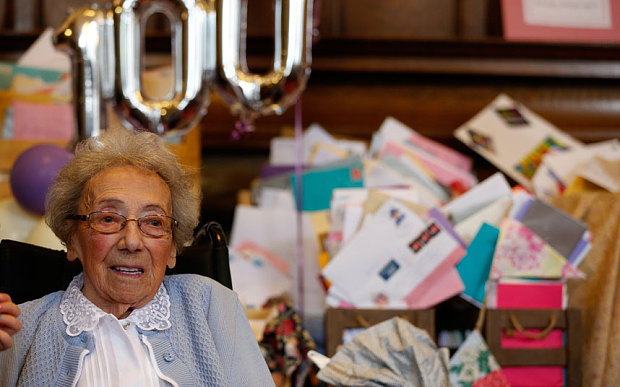 Winnie Blagden is a widow with no children or surviving family. For her 100th birthday, BBC Radio Sheffield took to Facebook to ask people to send Blagden cards to cheer her up on her big day. An overwhelming amount of strangers from all around the world responded and over 16,000 birthday cards were sent to Blagden. “It’s lovely. I’m not used to this, it’s all a bit overwhelming. It’s beautiful and I just wish I could thank everyone individually,” Blagden said in response to the kind gestures of strangers.

9. Crowd of over 100 people gathers to lift a double decker bus off of a man trapped underneath

Over 100 people gathered to help a unicyclist trapped under a double decker bus. The bus was travelling on the streets East London when it hit the unicyclist. Dozens of people rushed to the scene to help lift the vehicle off of the man. More people began to help and eventually the man was able to crawl out from under the bus. He is now recovering in hospital. Watch the video clip to see the dramatic footage.