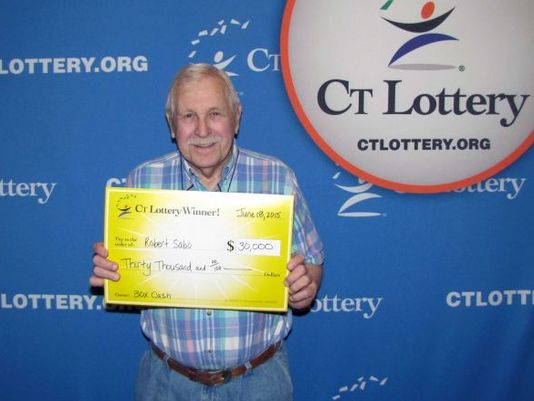 A Connecticut man who accidentally bought the wrong lottery ticket has ended up $30,000 richer. Bob Sabo meant to buy two $20 tickets from a lottery vending machine but forgot to bring his glasses and bought one $30 ticket instead. When he got home, he was surprised to see that he had the winning ticket. 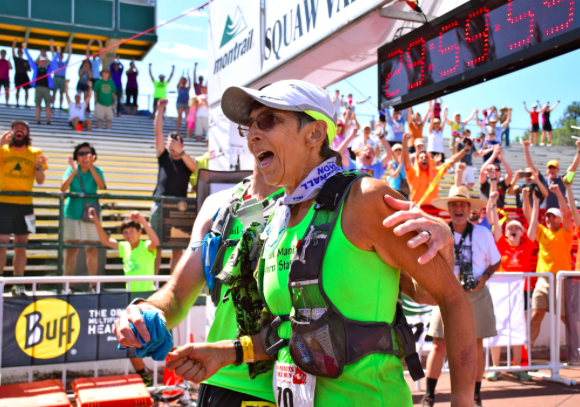 The Western States Endurance Run is certainly not an easy athletic competition. It’s the world’s oldest 100-mile race, in which participants have a 30-hour cutoff to compete the run. On Sunday, 70-year-old Gunhild Swanson was one of the oldest people to finish the race with just seconds to spare. The senior crossed the finish line in a time of 29 hours, 59 minutes and 54 seconds – only six seconds before the cutoff time. This was Swanson’s third time participating in the Western States Run and she set a record for the 70-and-over category.

3. Girl Scout office refuses $100,000 after donor says they cannot use the money to put towards transgender girls 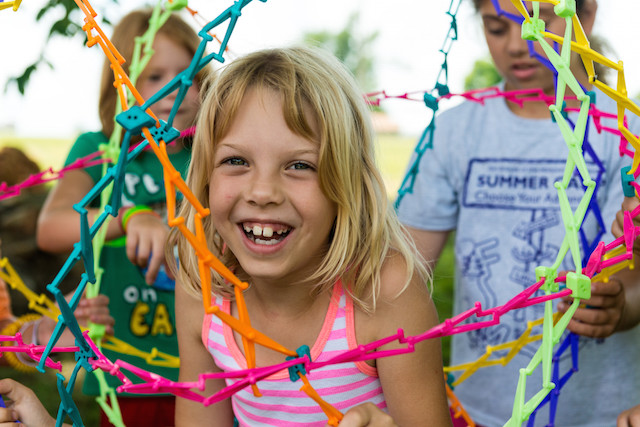 The Girl Scouts office of Western Washington was extremely surprised when they received a $100,000 donation. The money was enough to cover nearly a quarter of the council’s yearly fundraising goal and it would help send hundreds of girls to camp. However, the generous gift came with a letter from the donor who requested that the money not be used to support transgender girls. If the organization did not agree with the request, the donor asked for the money to be returned. After reading the stipulation, the council’s CEO Megan Ferland refused the donation.

“Every girl that is a Girl Scout is a Girl Scout because her parent or guardian brings her to us and says, ‘I want my child to participate.’ And I don’t question whether or not they’re a girl,” Ferland said in a public statement. The Girl Scouts of Western Washington are now trying to raise back the $100,000 they returned through an online donation campaign. “Help us raise back the $100,000 a donor asked us to return because we welcome transgender girls. Girl Scouts is for every girl,” reads the council’s statement on the website. 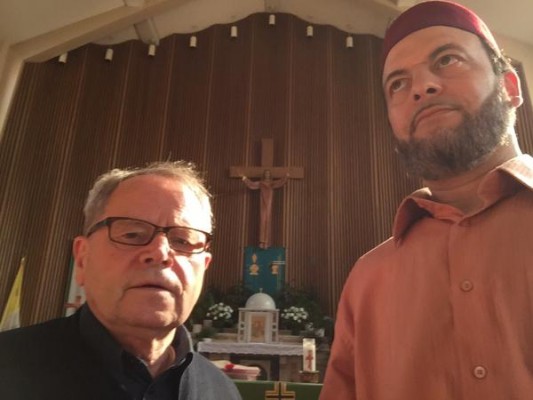 When St. Catherine of Siena Roman Catholic Church in Ontario was vandalized, the entire community was shocked. The perpetrator damaged the church’s Bibles, spray painted over the statue of Jesus and broke the altar. Hamid Slimi of the nearby Sayeda Khadija Center mosque heard about the damage done to the church and he knew he needed to help. The imam (mosque leader) told his congregation about the incident and encouraged them to try to donate so the church could start repairs. Slimi was able to collect $5,000 of donations in one day. “I told my community, there is nothing we can do now. But the church needs funds,” said Slimi. “We believe there is no discrimination in charity. It is the act that is rewarded. It doesn’t matter who is the recipient.”

5. Grandfather finishes middle school at the age of 91 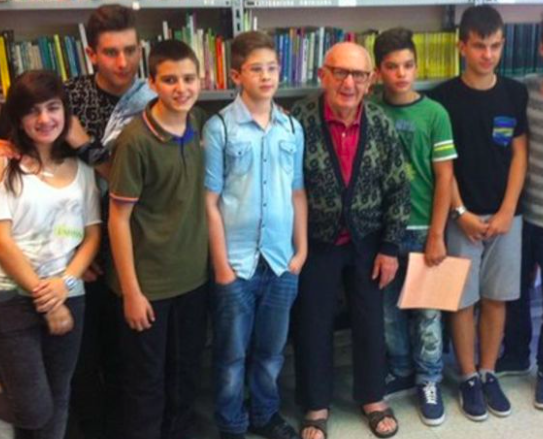 At 91-years-old, Nicola Torella has completed middle school. The Italian grandfather received full marks on his final exams and hopes to move on to secondary school. He says he wants to learn more about computers and technology and he wont let his age keep him from completing his education. “I will keep learning, because my time must always be full,” Torella told reporters. 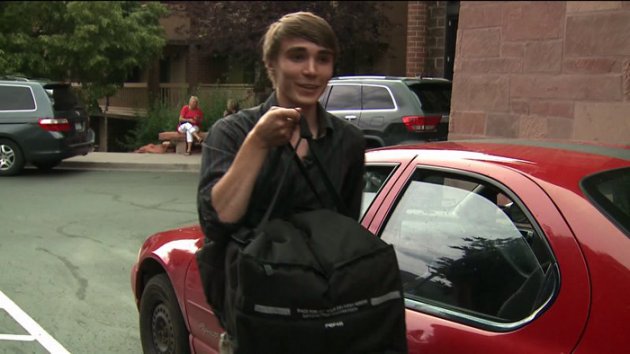 Anson Lemmer was making his last pizza delivery of the night when he arrived at a customer’s house and saw a man laying on the ground unconscious. Without thinking twice, the 19-year-old began preforming CPR on the man. Lemmer was on the second day of his new summer job working for Uncle Pizza in Glenwood Springs, Colorado. He wasn’t expecting his delivery job to come with so much action but his CPR skills and quick thinking helped save the man’s life.

“I called my parents and said this has been the craziest pizza delivery ever. I left a pizza boy and came back a pizza man,” Lemmer told reporters. 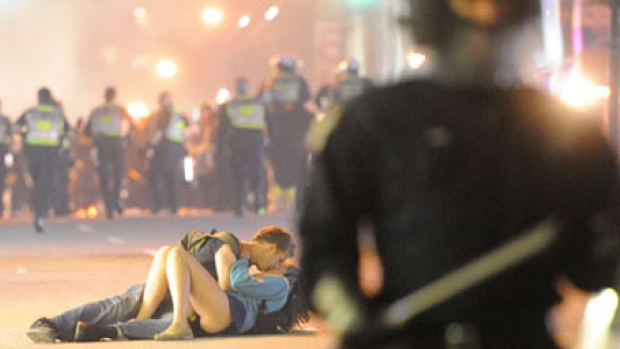 The couple seen kissing in an iconic photo taken during the 2011 Vancouver Stanley Cup riot are still together, four years later. Alex Thomas and her Australian boyfriend, Scott Jones, were caught in the chaos during the riot. They were trying to evacuate the downtown area when Thomas fell. Jones immediately rushed to comfort his girlfriend and embraced her. Photographer Richard Lam caught the moment on film and it immediately went viral. The couple is now living in Melbourne, Australia, where Jones manages a bar and Thomas works at a wastewater treatment centre.

“It’s just a moment that happened to be on camera. It’s not embarrassing at all. It’s actually a really beautiful shot. It’s amazing that moment got captured,” Thomas told CBC News in a recent interview.

8. Vancouverites band together to help dog left with months to live 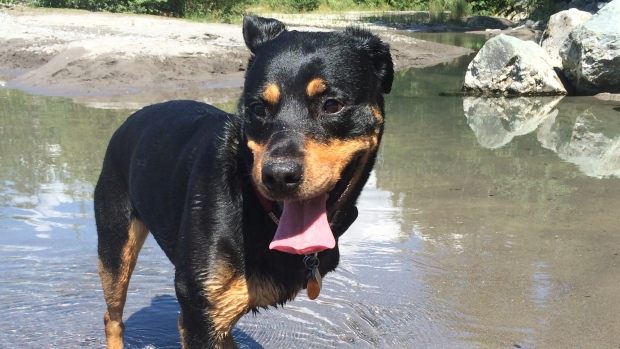 For Danielle Meraz-Alvarez, moving from Ontario to Vancouver last year came with a lot of changes. Not only was she living in a different city but her three-legged Rottweiler, Skore, was also finding it hard to adjust. The dog is used to having a lot of space to play on their family farm back home. But with Meraz-Alvarez moving into a tiny Vancouver apartment building, Skore is not responding well to the confines of a tight space. Skore also suffers from bone cancer and only has less than six months to live. “I’ve brought her to dog parks and stuff like that, but because I’m pregnant, she’s really overprotective right now. With anybody around, she gets really anxious,” Meraz- Alvarez said.

In an attempt to find help, she took to Reddit, an online public forum, to ask strangers if they could open up their property for Skore so she could play in a large space a few hours a week. “In Vancouver, I have no friends, I don’t know anyone with a backyard, or with land. I would really like to be able to bring her (off leash) to an open field, a quiet orchard… anything… for a few last times. To bring us both some peace,” the dog-owner wrote in the post.

The positive response from Vancouverites was overwhelming. “I was just awestruck to see how many people — a random person is just posting a request on the Internet, and so many people have such nice things to say, or so many people want to go above and beyond,” Meraz-Alvarez told reporters.

9. Calgary thief returns bike that holds special meaning to the family it was stolen from 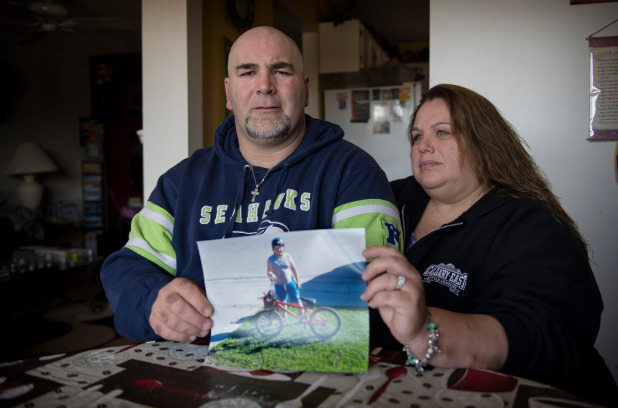 The grieving parents of a deceased Calgary boy are relieved that their son’s stolen bike has been returned to them. Eleven-year-old Bryce Eyjolfson built the BMX bike himself, and died accidentally eight months ago. His parents have kept the bike in his memory ever since then, and when the bike went missing, they were heart broken. A month later, the bike was recovered in a park and the Eyjolfsons received a knock on their door. To their surprise, it was a young man who introduced himself as Shane.

He told them that he was the one who stole the bike for some spare parts but knew it was not the right thing to do. “He’s not always had the easiest of life, he suffers as an addict,” said Bryce’s mom, Kerri Workman. The family said that Shane visited Bryce’s memorial to apologize for what he had done. “He said, ‘I’m sorry little man, I will learn from this.’ And it really moved me,” said Workman. Shane is not facing any charges and the family has offered him any help to get him on the right tack.