1. Watch this nurse’s reaction when she sees her patient get out of a wheelchair and walk after being paralyzed

Baily Murril was paralyzed from the waist down for 11 days. Nurses and doctors did not know what caused her paralysis but it meant that Murril had to be confined to a wheelchair. Luckily, Murril was able to recover and walk again but before she left the hospital she wanted to surprise one of her favorite nurses. A video of Murril’s surprise shows Murril wheeling herself towards the nurse and as she starts walking, the nurse is overcome with happiness. Watch the video to see the see the heartwarming moment. Read more

Christian Trouesdale is an 18-year-old super market worker who has become quite popular on the Internet for his kindness. An image of Trouesdale helping an elderly shopper carry his bags home from the market has gone viral with over 40,000 shares on Facebook. A shopper at the English supermarket saw Trouesdale help the unnamed elderly man with his groceries and snapped a picture. A week before the picture was taken, the senior was shopping but was too afraid to work home because of strong winds. When the man returned a week later, Trouesdale happily agreed to help him by walking him home.

“It is very strange because this is just something I would normally do,” Trouesdale said. “My parents have raised me to treat other people like you want to be treated yourself.” Read more

3. High school student carries his best friend on his back everyday for three years to help him get to class 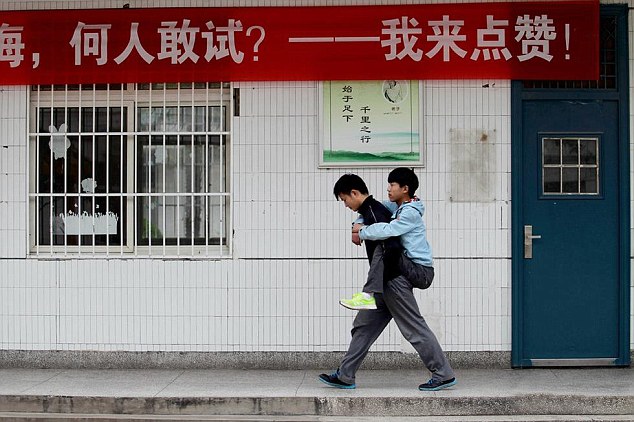 Xie Xu and Zhang Chi are best friends who attend high school together in China. The boys have an extra special bond because for the past three years, Xu has carried Chi on his back to and from classes everyday. Chi suffers from muscular dystrophy, which makes it very hard for him to walk. So, Xu decided to take it upon himself to make sure his best friend would be able to get to his classes. The boys leave from their dorm rooms in the morning, Chi hops on Xu’s back and the two begin their day. Xie carries Zhang to classes and helps him wash his clothes and get his meals. The boys are at the top of their class and they hope to attend university together. Read more 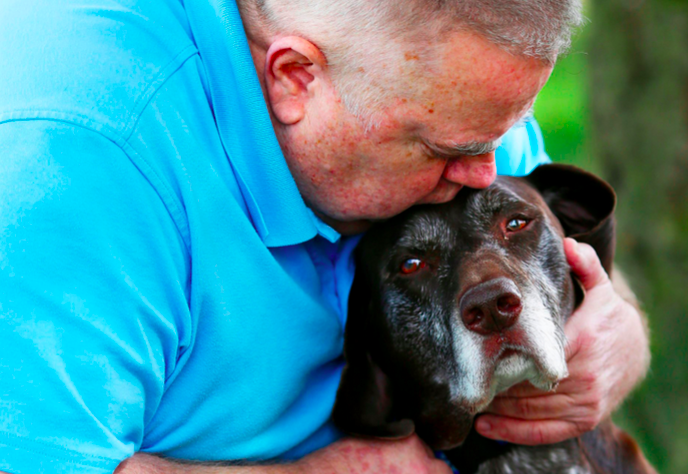 Tim Ward’s home was destroyed by last year’s landslide in Washington State. He also lost his wife, as she was one of the 43 people killed by the impact. The only survivor in Ward’s home was his dog, Blue, who lost a leg after being trapped in the rubble for three days. After a year of trying to move on from the tragic event, Ward was met with a big surprise as he found out an anonymous donor had heard about his story and wanted to pay off all of his $360,000 mortgage. The private client does not want to be identified, but according to a spokesperson for Chase Bank, the donor was deeply moved by Ward’s struggle and wanted to help in any way possible. Read more 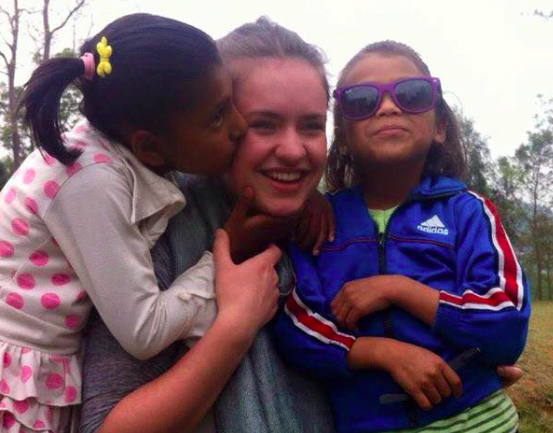 Emilie Teichroeb was volunteering at a girl’s orphanage in Nepal when a 7.8 magnitude earthquake struck this passed Saturday. The Vancouver woman was teaching a dance class when she heard a loud sound and the ground started to shake. She moved fast to protect the orphans but it was a chaotic scene. “People were running down the stairs, calling out ‘mama, mama!’ It was heartbreaking but, at the same time, I can’t even remember what I felt,” she told Global News. 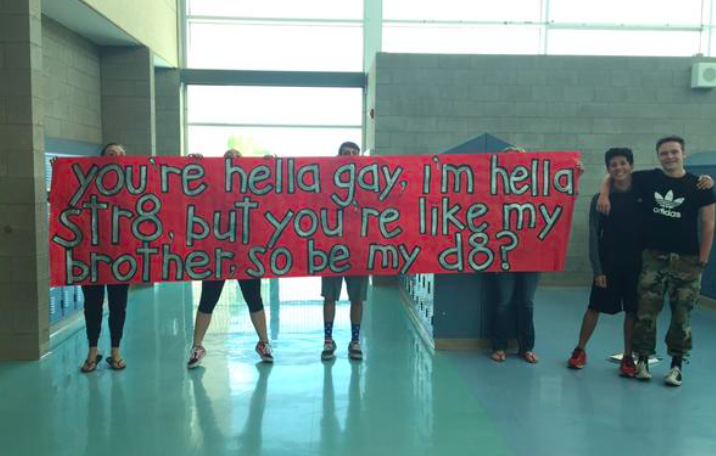 Like any teenager, Anthony Martinez wanted a date to prom. He turned to Twitter to express his frustration about never getting asked out and after that he received a huge surprise. Martinez’s best friend, Jacob Lescenski, decided to step up to the plate and ask him to be his prom date. What makes this promposal extra special is the fact that Martinez is gay and Lescenski is straight. Lescenski drew up a sign for Martinez that said, “You’re hella gay, I’m hella str8, but you’re like my brother, so be my d8?” Of course, Martinez accepted the offer right away and the two best buddies are happy to be each other’s dates. After all, what are friends for? Read more

7. Ninety-year-old tortoise gets a speedy set of wheels after losing her two front legs 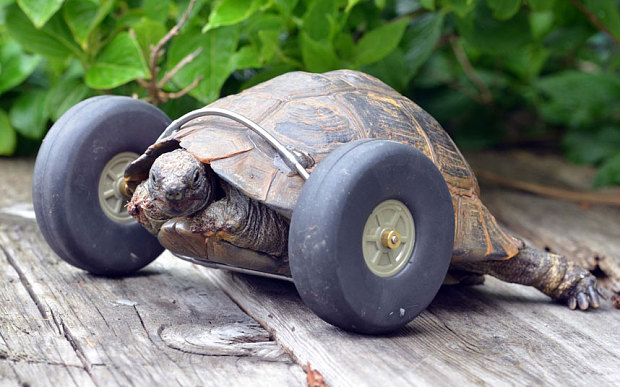 When we think of tortoises, quick and speedy usually do not come to mind. However, a 90-year-old tortoise named Mrs. T is living life in the fast lane after receiving a pair of wheels to help her move around. After a rat chewed off her two front legs, the future of Mrs. T’s ability to walk looked grim. However, her owners thought of a creative solution to get Mrs. T moving again by gluing on the wheels of a model aircraft to her shell. Now Mrs. T can travel twice as fast as she was able to before the attack. “We were afraid she may have to be put down, but her new set of wheels have saved her life. She has the run of the garden again and we can always find her because she leaves very strange tracks behind wherever she goes,” said Mrs. T’s owner, Jude Ryder. Read more

8. India’s ‘doctor dog’ is a miracle worker for children with disabilities 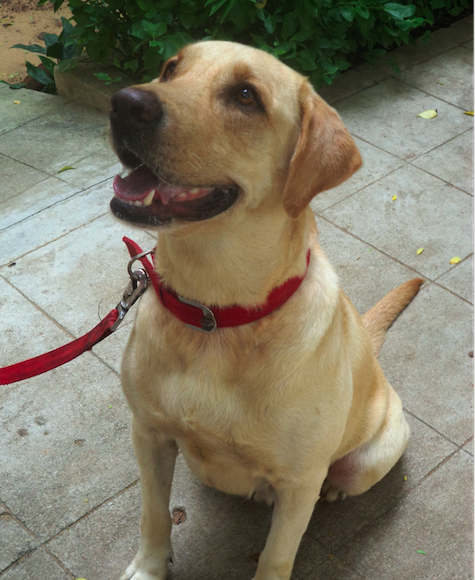 Doctor Ruffles is a favorite amongst his patients. He is extremely kind, helpful and caring. However, Doctor Ruffles is not a human – he is a dog. Ruffles works at the Saraswathi Kendra Learning Centre for Children in Chennai and helps kids with developmental disabilities and complex behavioral issues by providing them with much needed therapy and loving attention. The children respond extremely well to Doctor Ruffles as they feel no judgment when the pup is around and they are able to work through therapy sessions more comfortably. The golden Labrador has been a very positive addition to the Learning Center as his young patients are able to overcome their personal obstacles with the help of their furry friend. Read more

9. Gang members in Baltimore call truce to work together in order to protect their city from violence and looting 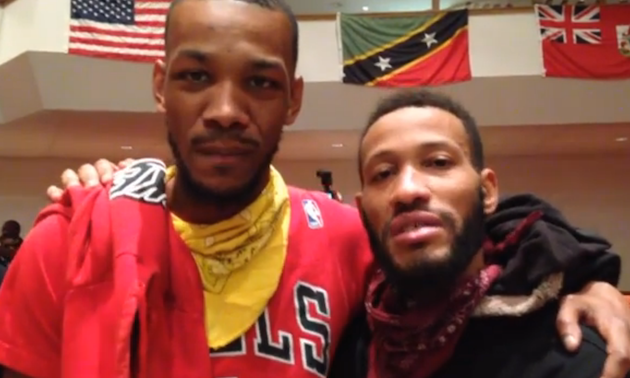 Violence and rioting has erupted on the streets of Baltimore this week after a young African American man named Freddie Grey died at the hands of local police without any explanation. Although tensions are running high in the city, some people are promising to band together to protect Baltimore and try to stop the senseless violence by emphasizing the importance of peaceful protests for justice. What is interesting is that these individuals are all rival gang members belonging to notorious groups such as the Crips, Bloods and BGF. The street gang members gathered at a church meeting and agreed to form a “new faction” that would focus on protecting the community from rioting and looting. Read more