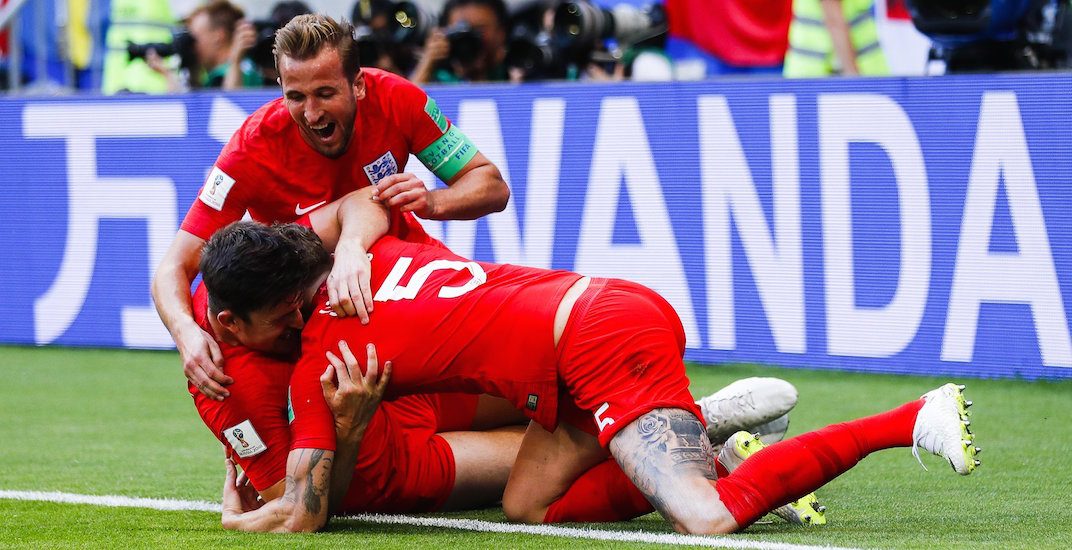 Perennial underachievers at the FIFA World Cup, England fans are used to their team disappointing them. Entering this year’s tournament with a young team, not much was expected.

But a favourable draw, coupled with some outstanding play sees them advancing into the semi-final at the World Cup for the first time since 1990, after a 2-0 win against Sweden.

It’s just the second time they’ve advanced to the semi-finals since their lone World Cup triumph in 1966.

England can feel it

Breathe this moment in, #ENG fans… You’re on your way to a #WorldCup semifinal! pic.twitter.com/tZUV6UjkCq

With 57% of possession and more attempts at goal (12-7), England was the better team in this one.

Harry Maguire’s thundering header gave the Three Lions a 1-0 lead in the 30th minute, and Dele Alli doubled it in minute 59.

The Three Lions lead #SWE 1-0 in the 1st half #WorldCup pic.twitter.com/f1h9dUxGyd

After a nail-biter against Colombia in their last match, this one was relatively comfortable for England. Of course, it could have gone very sour if not for the outstanding play of goalkeeper Jordan Pickford, who was named Man of the Match.

This diving save kept the match 1-0 early in the second half:

PICKFORD WITH THE STOP!#SWE tests #ENG's net, but Pickford comes up with the save to keep it 1-0 #WorldCup pic.twitter.com/o9jybe9M88

And this one in the 62nd minute ensured there would be no comeback for the Swedes:

The young keeper makes another diving save to keep the game at 2-0 #WorldCup pic.twitter.com/k3rhM1YtBR

Not only will England play in the semi-final, but they should be favoured to win it. Their opponent will be the winner of last remaining quarter-final between Russia and Croatia.

Against all odds, the 70th-ranked country in the FIFA rankings found themselves in a penalty shootout with a chance to advance to the semi-finals at the World Cup. Russia had their chance, despite being outplayed by Croatia, after the teams traded goals in extra time.

Russia opened the scoring with a thundering strike by Denis Cheryshev in the 31st minute.

Croatia answered back soon after, courtesy of Andrej Kramaric.

Kramaric evens the score for #CRO with a swift header….1-1! #WorldCup pic.twitter.com/GI7EI3AtFc

A relatively uneventful match got interesting in the 88th minute, when Croatian goalkeeper Danijel Subasic went down with an apparent injury.

He's going to try and play it out. 😱#WorldCup #RUSCRO pic.twitter.com/x1QOclAkDn

He managed to stay in the match, though he looked hobbled at times.

Domagoj Vida looked to give Croatia the winner…

…until Mario Fernandes levelled the match in the 115th minute.

Here’s the winning goal in the shootout:

The final kick that eliminated #RUS from the #WorldCup & sent #CRO to the Semifinal… pic.twitter.com/InpzyOPtmQ

An all-European semi-final is set. France and Belgium play first, on Tuesday. England and Croatia are set for Wednesday.