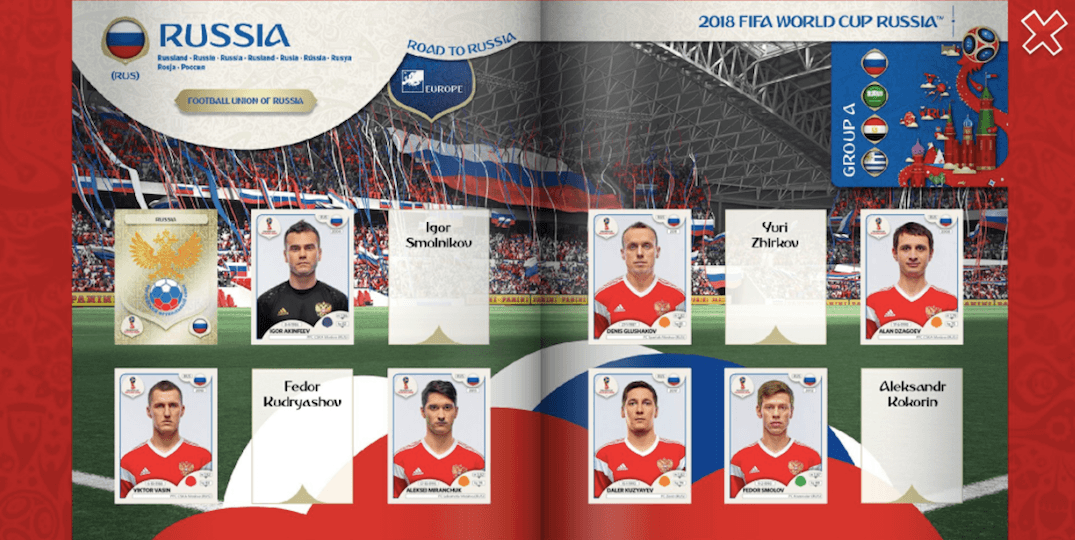 Every four years, as a build-up to the tournament, soccer-crazed countries get hyped over the collectable FIFA World Cup Panini sticker album.

For the 2018 Russia edition, this sheer madness will finally hit the streets of Vancouver.

Responding to a tweet from a soccer fan living in the Lower Mainland, London Drugs confirmed that it will offer both the album and stickers as early as April. You can also buy online at the official Panini website if you are already counting down the days.

Hi Mateus – we will have these in-store in a couple of weeks – around the beginning of April.

It can seem a little dull for grown men and women to collect sticker albums, but it is a long-standing tradition in many countries – something akin to Canadians growing their beards out while they’re team contends in the Stanley Cup Playoffs.

Places like Brazil, Colombia, Italy, England, and more have been following this sticky tradition since at least the early ’70s. It’s a great way for people to get pumped about the World Cup as it has all the information necessary to follow the tournament, including a deep knowledge about the teams and host cities.

The best part, though, is that it’s a collectable. The fun is in trading your repeated stickers with your friends – or strangers – to be the first to complete the album, but spending the least amount of money. Special stickers – like teams’ badges – can be a hot commodity, and traded for two or more player stickers. Stickers of world-famous players like Cristiano Ronaldo, Messi, and Neymar are also considered rare.

To help you out to track the stickers you have, and the ones you need, you can download different apps on you Android or Iphone.

Posts on Craigslist and Facebook trading groups are already popping up, so be prepared, Vancouver. The Panini sticker madness is about to hit you hard, as it already has with many people around the globe.