Yesterday architect Michael Green released plans for constructing wooden skyscrapers in Vancouver. Micheal Green Architecture (MGA) is known to have love affair with using wood in buildings. His hands are all over Gastown boutiques, most notably at Lynn Steven. However, this is on another level.

When I first heard about this my initial thought was about the fire hazard that such a structure represents. Currently the city allows wood frame buildings up to 6 storeys, up from the previous four storey limit. At 30 stories this proposal is pushing the limits, yet architectural very interesting.

A wooden skyscraper may seem like far-fetched idea to those who live in cities built from concrete and steel, but Architect Michael Green has developed an innovative wooden tower for Vancouver that could spark a renaissance in using wood to build urban high-rise projects. If realized, Green’s Tallwood tower could be one of the greenest skyscrapers in the world – and at 30 stories, perhaps the tallest of its kind. Best of all, Green has documented his research and design specifications and generously published the results in an open source paper – a kind of instruction manual for building really tall wood buildings.

The Tall Wood project is part of a small but distinguished group of ‘woodscrapers’ proposed for everywhere from Norway and Austria all the way to Australia. Green’s vision was inspired by the sheer amount of energy required to create the materials for a common building – most of which must be sourced long distances. Canadian forests, if well managed (a big if), can produce an abundance of raw carbon squestering materials to build our cities. While Green’s proposal is for a 30 story tower, he thinks that taller buildings could result from more research.

The primary structure of the Tall Wood building is made from Laminated Strand Lumber beams instead of steel. The beams are made from strips of smaller wood fibers that are glued and set under pressure – the process is similar to how common oriented strand board sheets are made. The wooden tower may seem like a fire hazard, but in reality it is actually safer than steel. When exposed to fire, large timbers develop a charred exterior that insulates the structural wood underneath. In fact, the weakest point in a fire is the steel connection from the beams to the supporting posts.

Green’s Tall Wood paper is a boon for those who are ready to dive into designing wood towers, and it gives not only the principle of design but also code restraints and other complex dynamics. If the concept takes hold, we could see the construction of cities that actually sequester carbon instead of acting like the CO2 pumps they are today.

We’ve used wood for our streets in the past and they seem to stand the test of time well.

Will this ever see the light of day? Probably not in the short term, however, I can see this happening in the near future. 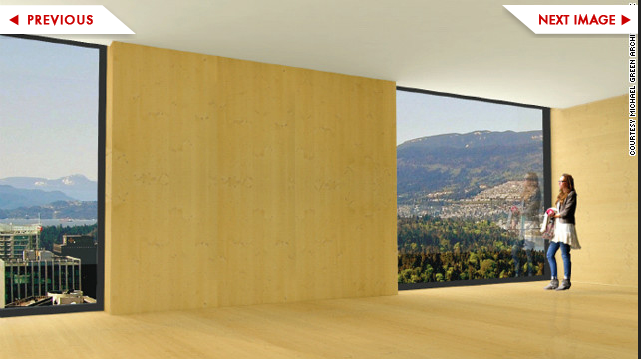 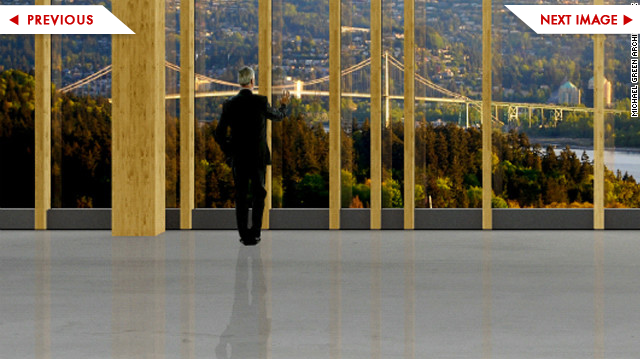 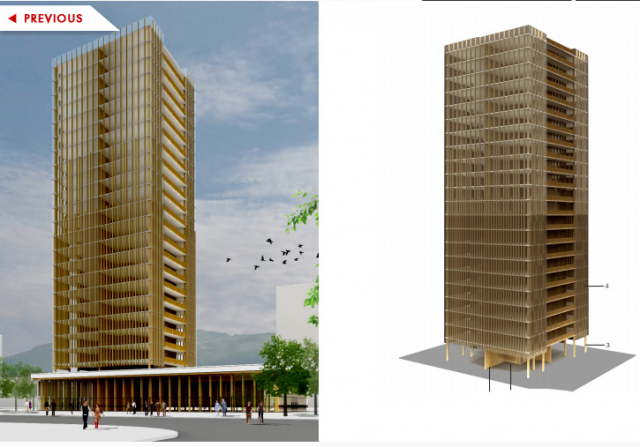 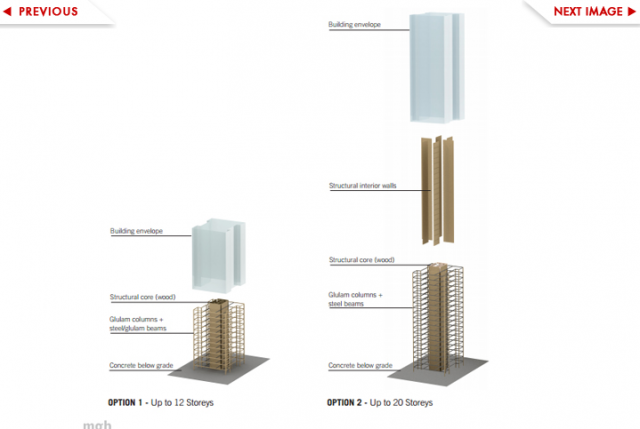