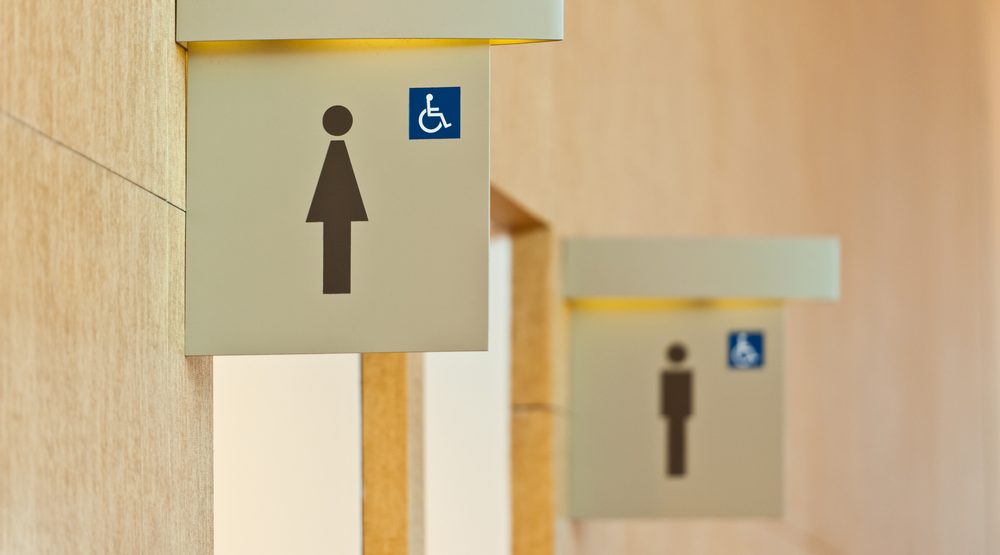 A new report out of the UK is calling for increased public bathrooms for women to address what is known as the “potty parity,” or unequal access to facilities among men and women.

The Royal Society for Public Health report says that there should be two women’s washrooms for every male washroom, because the lack of public toilets is a threat to women’s health and equality.

“Because of time-consuming factors related to clothing, menstruation, and anatomical differences, a fair ratio of toilet provision would be at least 2:1 in favour of women,” says the report.

A study by the University of British Columbia on the potty parity finds that the lack of available washrooms for women is an extension of the gender inequality between men and women, which according to the authors, “is more advantageous for men than for women.”

The UK report also says that the lack of public toilets disproportionately affects people with ill health or disability, the elderly, women, outdoor workers, and the homeless.

Three out of four members of the public say that there are not enough toilets in their area, and one in five people are deterred from venturing out of their homes due to lack of nearby facilities, according to the report.

“Over half — 56% — of the public restrict fluid intake due to concern over lack of toilet facilities. Deliberate dehydration can seriously affect health and exacerbate existing medical problems,”  says the report.

The report concludes that equality of access to toilets includes the need for more unisex facilities, more toilets for women, and taking into account the needs of transgender individuals.