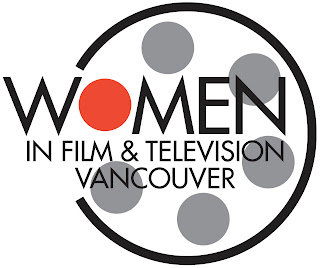 The Women in Film Festival (WIFF) is happening April 17-18 at the VIFC Vancity Theatre (1181 Seymour Street)and this year’s WIFF is especially important as it follows the announcement of Kathryn Bigelow’s win for Best Director at the Oscars.

The film screens on Saturday, April 17 at 7pm and will be followed by an Opening Reception in the atrium.

The LEGACY AWARDS, given to 3 BC filmmakers, will be presented along with the WIDC FEATURE FILM AWARD, a $100,000 in-kind award to a female director, administered by Creative Women Workshops Association.

The REEL WOMEN, REAL LIFE documentary short film showcase features Pigeon Park Savings – a film on a ‘bank for the people’ providing basic financial services to low-income people in Vancouver’s Downtown Eastside; Remember our Sisters, a call to end violence against women, shot during a remembrance ceremony in December 2009; and Echo Bay, on a once-abundant community in BC that echoed an ecological collapse when the first corporate salmon farm arrived in 1987.

Nine international films will be shown from as far as France, New Zealand, and Norway, including Saudi Arabi-Egypt-USA co-production The Shoemaker, a reunion story about an Iraqi shoemaker’s return to his family from a two-year war occupation.

Women In Film & Television Vancouver (WIFTV) co-presents a sneak preview panel of the upcoming international symposium Women in View: Sex.Money.Media (Fall 2010) entitled The Year of Women in Movies?. The panel asks about the reasons why women are equally represented at lower levels of the media workforce but the numbers fall in the boardroom as budgets rise. Panelists include Kirsten Newlands-Davidson of Studio B, and director Anne Wheeler. Held on Saturday, April 17, 4-5pm.

In addition, The Women in the Director’s Chair (WIDC) panel entitled A Film and TV Industry Market Update: Facing the Hard Facts will discuss industry changes and tips to advance through the Canadian Film and TV system. Held on Sunday, April 18 from 10am-11:30am.

WIFTV presents a free networking lunch in the atrium on Saturday, April 17 from 12-1pm with some of the leading companies in the media industry.