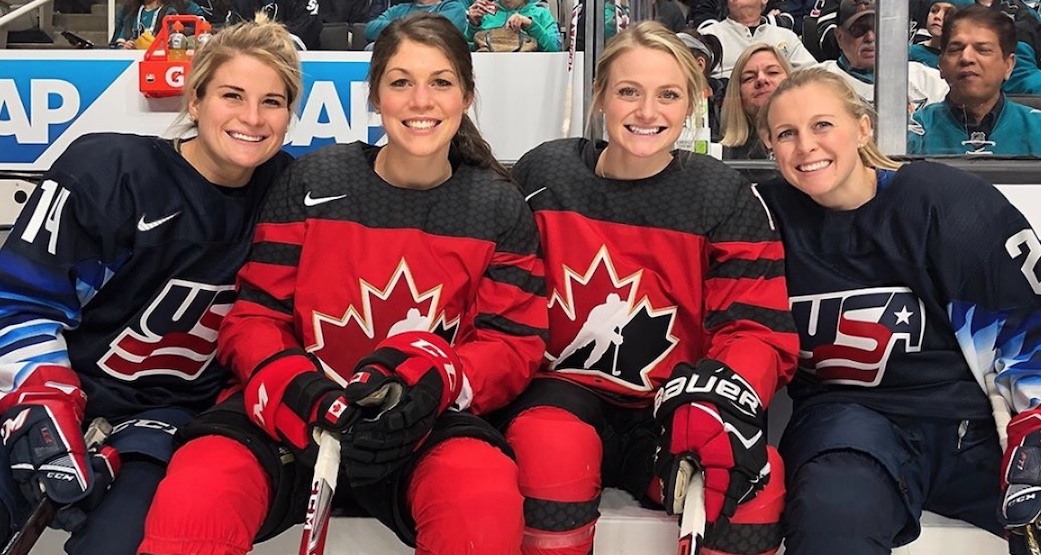 The NHL unveiled its plans for the 2020 All-Star Skills Competition in St. Louis today, with women’s hockey players being prominently featured.

Last year, the league invited four women’s national team members from Canada and the United States to help demonstrate the events. An injury to Nathan MacKinnon opened the door for Kendall Coyne Schofield to enter the fastest skater competition, which resulted in her beating Arizona Coyotes All-Star Clayton Keller.

The NHL is upping the female quotient this time around, as 20 women’s hockey players will suit up — although none will be featured in the fastest skater competition again.

The Skills Competition will feature six events, including two new ones that will include players from the women’s game.

A women’s three-on-three game, dubbed “Elite Women’s 3-on-3,” will be played between Canada and the United States. Each team will comprise nine skaters and one goalie, with the game lasting 20 minutes (two 10-minute periods), with a running clock.

The participating players include:

“Shooting Stars,” which will feature both NHL and women’s All-Stars, was the other new event announced today. Eight NHL All-Stars will compete alongside two women’s players — one from Canada, one from USA, as decided by a social media fan vote.

The event will have players  positioned on an elevated platform behind the goal, approximately 30 feet above the ice surface, the league says. From there, players will shoot pucks at a variety of targets located on the ice, with varying point values assigned to each one. Each player will attempt seven shots.

The new events will join more established competitions, including fastest skater, save streak (a shootout competition for goalies), accuracy shooting, and hardest shot. CBC and Sportsnet will broadcast the Skills Competition in Canada on Friday, January 24 at 8 pm ET / 5 pm PT.

The NHL’s inclusion of female players comes at a very tumultuous time for women’s hockey. Approximately 200 women are boycotting the game they love this season, pushing for a league with a sustainable business model.

“We will not play in ANY professional leagues in North America this season until we get the resources that professional hockey demands and deserves,” the players announced in a statement released in May.

Many have argued that the NHL should step up to help, just as the National Basketball Association did in the formation of the WNBA back in 1996.