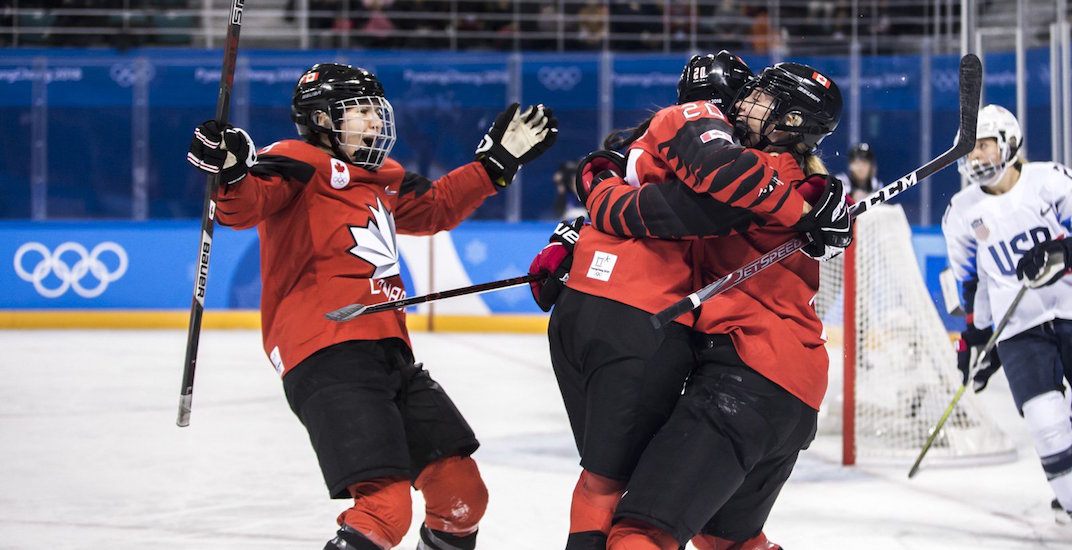 Nearly 10 years after claiming Olympic gold in women’s hockey at Vancouver 2010, Canada will renew its epic rivalry against USA at Rogers Arena on February 5 at 7 pm.

It’s part of the Rivalry Series, which was first launched earlier this year, drawing more than 17,000 fans for home games in London and Toronto. Canada claimed the inaugural series with a 2-0 win in the finale in Detroit.

The second edition of the series will include five games held in Canada and the United States, with stops in Hartford (December 14), Moncton (December 17), Victoria (February 3), Vancouver (February 5), and Anaheim (February 8).

“Last year, we had overwhelming support at all three games, and we will continue to build on that success this year with more games and more opportunities for fans to watch the best players in the world,” said Gina Kingsbury, Hockey Canada’s director of women’s national teams. “The Rivalry Series provides an opportunity to continue to build the intense rivalry we have established with the United States through World Championships and the Olympics, while giving us the chance to showcase our game and inspire the next generation as they watch their hockey heroes.”

Tickets for the games start at $18 and will go on sale November 6 at 10 am local time through the Hockey Canada website. Group pricing options for 10 or more tickets will also be available starting November 13.

The United States has held women’s hockey bragging rights ever since Canada’s dramatic overtime win in the gold medal game at the 2014 Winter Olympics.

Team Canada will be extra motivated to win gold at the upcoming World Championships, which will take place in Halifax and Truro, Nova Scotia, March 31 to April 10.