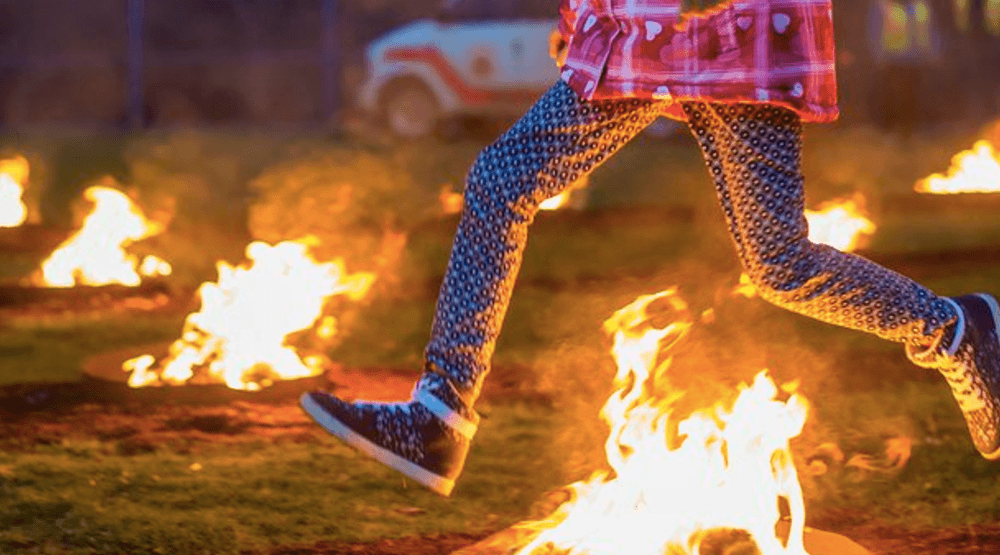 A woman is recovering after falling into a fire at the 27th annual Norooz Persian New Year festival at Ambleside Park in West Vancouver on Tuesday.

According to West Vancouver assistant fire chief Jeff Bush, the woman tripped and fell into a small fire pit at 10:25 pm. Fire jumping is a New Year’s tradition in Persian culture.

“She sustained a burn to the palm of her hand after somehow tripping and landing in the fire,” Bush told Daily Hive. “There were only a few injuries, mostly sprained ankles.”

West Vancouver fire crews were on scene to extinguish the fires by 10:30 pm. The woman was transported to Lions Gate Hospital. Bush confirmed that the woman is “OK.”

Chaharshanbe Suri is known as the Persian Festival of Fire. It is celebrated on the eve of the last Wednesday before Persian New Year.