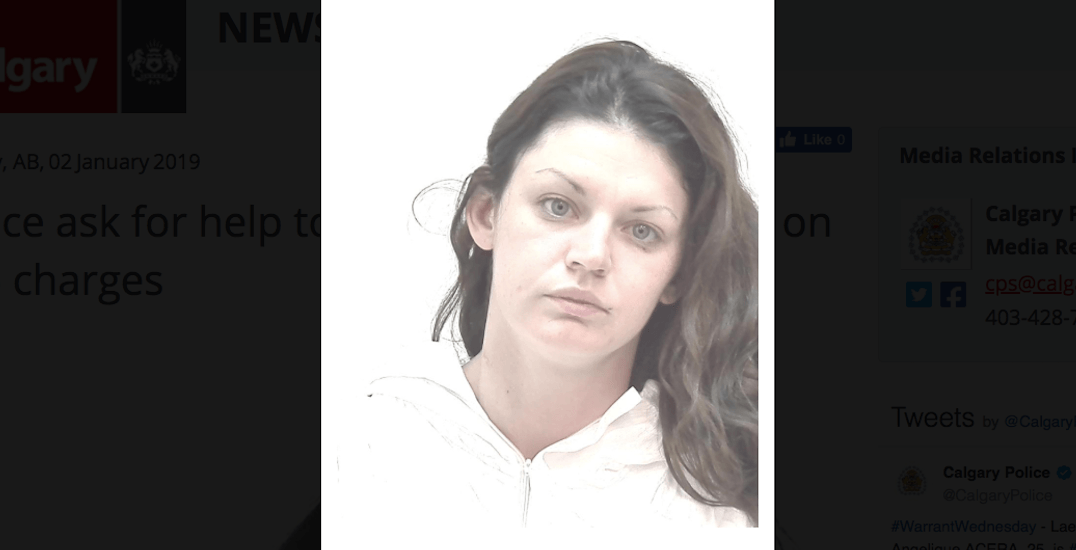 UPDATE: Laetitia Acera was found and arrested in Saskatoon on Wednesday afternoon.

Police are on the lookout for 25-year-old Laetitia Acera, who is facing 115 charges for a laundry list of crimes.

The Calgary Police Service released a statement on Wednesday, January 2 asking for the public’s assistance in locating Acera, who is currently wanted on a Canada-wide warrant.

Police stated that she has ties to both the Lower Mainland of British Columbia and to Saskatchewan and that she could be in either location.

The charges Acera is facing stem from alleged crimes in Calgary dating back to September 2018, and include (though are not limited to):

The release describes Acera as Caucasian with an average build and standing 5’10” tall. She has brown or bleach-blonde hair and blue eyes.

Anyone who may know of Acera’s whereabouts is asked to contact the Calgary Police Service by calling 403-266-1234, or through their local police station.

Anonymous tips can be made through Crime Stoppers by calling 1-800-222-8477, or by visiting their Alberta website.