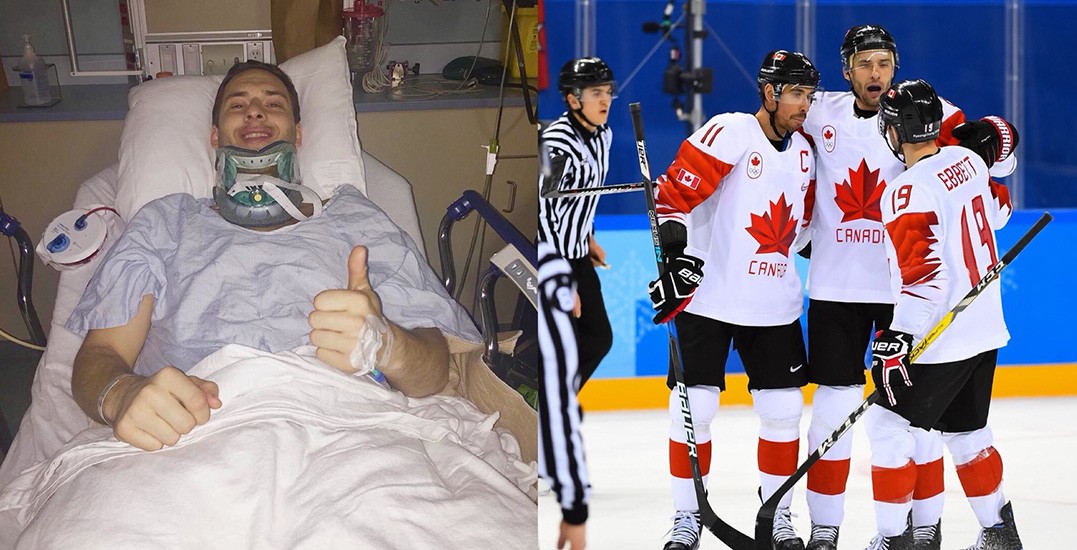 Sixteen months ago, Wojtek Wolski’s career was in jeopardy.

“I thought I was paralyzed,” he said.

After a high-speed collision during a KHL game in October of 2016, Wolski had no idea if he would ever be able to walk – let alone play hockey – ever again.

After stints with the Colorado Avalanche, Arizona Coyotes, New York Rangers, Florida Panthers, and Washington Capitals, Wolski has continued his career overseas in the KHL. It was while in the KHL that he was driven into the boards – suffering two fractured vertebrae, spinal cord trauma, and a concussion.

The past 16 months saw him go though multiple surgeries and undergo an extensive amount of rehab, but ultimately, he was able to fully recover and resume playing professional hockey once more.

When the NHL made the decision to prevent their players from going to Pyeongchang, it paved the way for Wolski’s Olympic debut. Thanks to an extraordinary amount of work and dedication, he received the opportunity to play for Team Canada, making him the feel-good story on the men’s hockey team.

“I look at the picture of me in the hospital and can’t help but cry,” Wolski said in January, upon being selected for the Olympic team. “Mostly tears of happiness, but I am filled with so many emotions about what I have overcome. I could never have imagined that I would be so lucky one year later.”

This morning, he took to Olympic ice for Team Canada and buried two goals to help his country beat Switzerland 5-1.

🏒@WojtekWolski86 scores his 2nd of the game on an empty net🏒

Wolski and Team Canada play their next game on Friday against the Czech Republic.