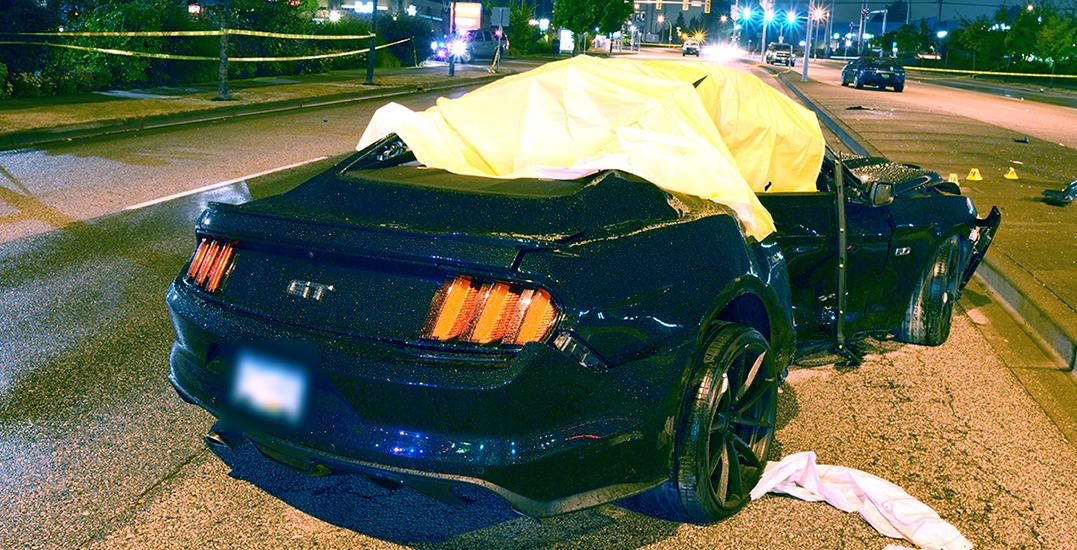 Police are still searching for witnesses in a fatal, two-vehicle crash that took place over the weekend.

On Saturday, September 8, at around 1:15, police responded to reports of a crash on Nordel Way, just east of 120th Street.

According to a police report, a grey Camaro with two men inside was travelling westbound in the fast lane on Nordel Way. A black Mustang, with two occupants in their late twenties inside, passed the Camaro and the two vehicles collided.

The driver of the Mustang then lost control and the car went sideways into a hydro pole.

Officers say the passenger in the Mustang succumbed from his injuries and was pronounced dead at the scene; the driver of the Mustang received serious but non-life threatening injuries.

The two occupants of the Camaro reportedly received minor injuries.

Now, investigators are renewing their plea for public assistance, saying that they believe there are people who haven’t yet to speak the police.

“We are not only seeking to speak to people who saw the impact of the collision but anyone who may have seen the vehicles involved driving prior to the collision,” says Cpl Elenore Sturko in a police statement. “We are also asking for any available dash-cam or cell phone videos.”

Anyone with information is urged to contact the Surrey RCMP by calling 604-599-0502.