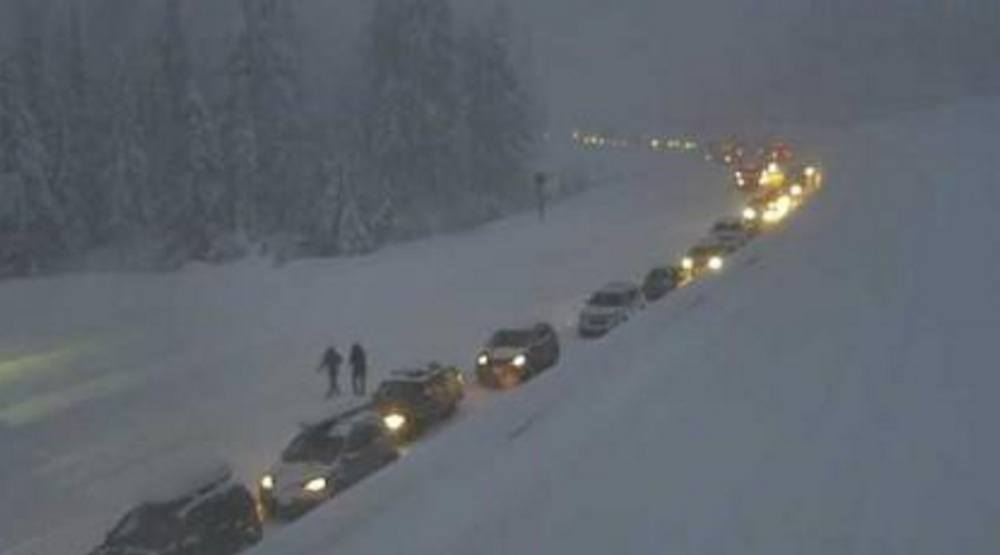 Traffic mayhem on the Coquihalla Highway during a major snowstorm in December 2016. (Drive BC)

Winter tires are mandatory for all vehicles traveling on mountain highways in British Columbia beginning on Sunday, October 1, 2017.

The provincial government has issued a reminder to the public to install winter tires on their vehicles if they are driving through designated highways that require the tires.

Conditions on routes such as the Sea to Sky Highway, Highway 1 east of Abbotsford, and all routes east of Hope can suddenly become treacherous this time of year due to snowfall and the build-up of ice.

“As we head into the winter season and unpredictable driving conditions, I want to remind everyone to be safe behind the wheel with B.C.’s annual winter tire rules coming into effect,” said BC Minister of Public Safety and Solicitor General Mike Farnworth.

“It is the responsibility of all drivers to ensure they have the correct winter tires on designated routes – this, along with other safe driving behaviours such as slowing down, putting your phone out of reach, and not drinking and driving, can make a big difference in getting everyone home safely.”

Winter tires are labelled on the sidewall of the tires with either the Mountain Snowflake symbol or the Mud and Snow (M+S) symbol. These tires must be in good condition with a minimum tread depth of 3.55 mm.

Failure to abide to the winter tire policy on designated routes can lead to a fine of $121. For drivers who do not have the minimum tread depth, they could receive a fine of $109. 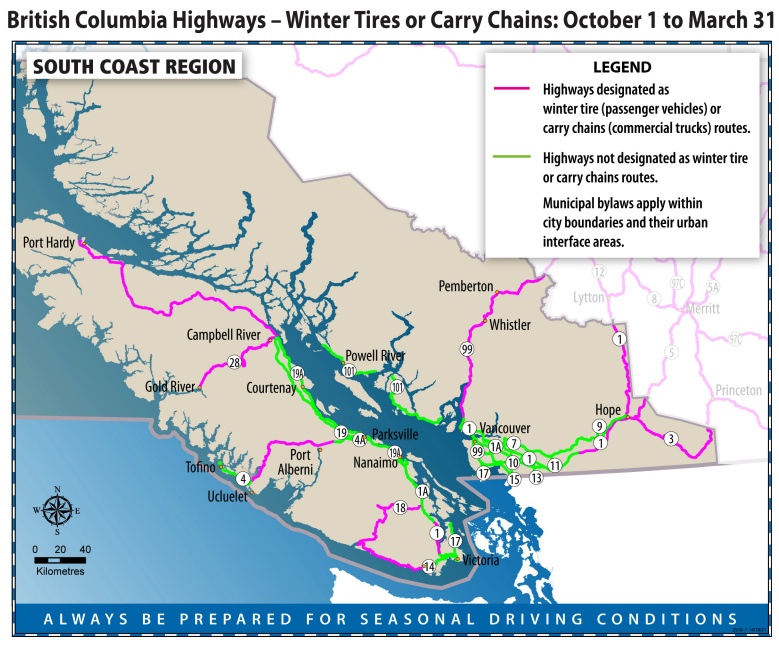 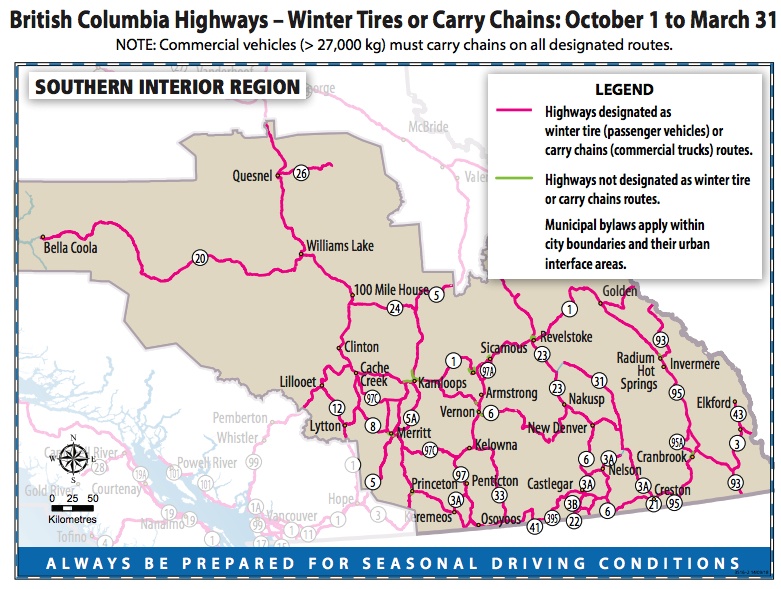 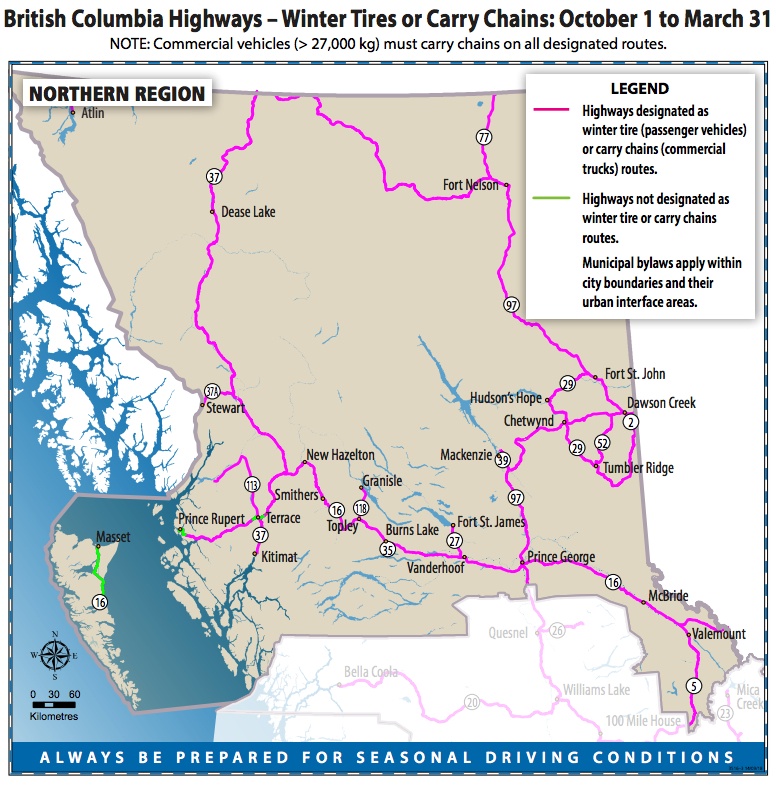