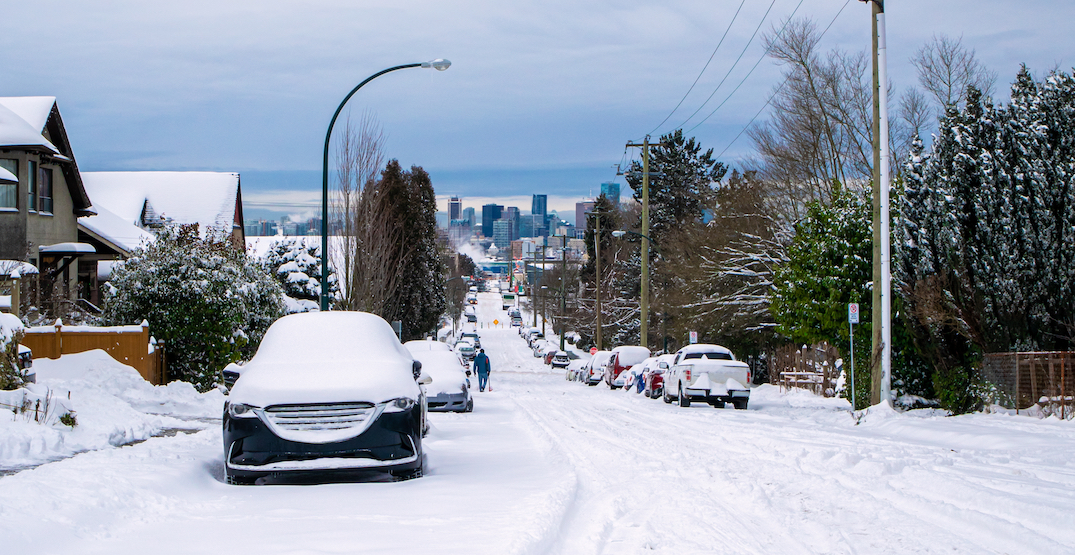 We could be in for more wicked weather around Metro Vancouver as Environment Canada issues a winter storm watch.

This latest weather system could dump between 10 and 20 cm of snow around Metro Vancouver and the Fraser Valley.

Winter storm watch in effect for:

Environment Canada says, “A low pressure system is forecast to approach the B.C. coast later Wednesday. Due to the recent cold temperatures, snow will develop Wednesday evening with snowfall accumulation ranging from 10 to 20 cm by midday Thursday.”

The weather office warns travel could become hazardous in some areas.

“Surfaces such as highways, roads, walkways and parking lots may become icy and slippery. There may be a significant impact on rush hour traffic in urban areas.” 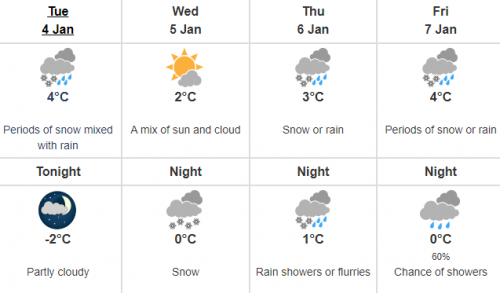 Environment Canada adds, “Persons in or near this area should be on the lookout for adverse weather conditions and take necessary safety precautions. Watch for updated statements.”

In the meantime, a special weather statement has now gone up for Whistler.

There is the potential for up to 20 cm in some areas, while highway passes could see up to 25 cm.