On Tuesday, December 22, 2015, the sun will be at its lowest position in the sky, meaning the shortest day of the year is upon us. The Winter Solstice happens every year on December 21 or 22 due to the Earth’s rotation around the sun, but there’s much more to it than just that.

During the Winter Solstice, North Pole is titled the furthest away from the sun than at any other time of the year, meaning the Northern Hemisphere receives less light. Like the long days in the Arctic summer when the sun never sets in some places, the solstices are most marked in higher latitudes. For instance, there is one town in northern Norway where the sun doesn’t rise at all between November and January. 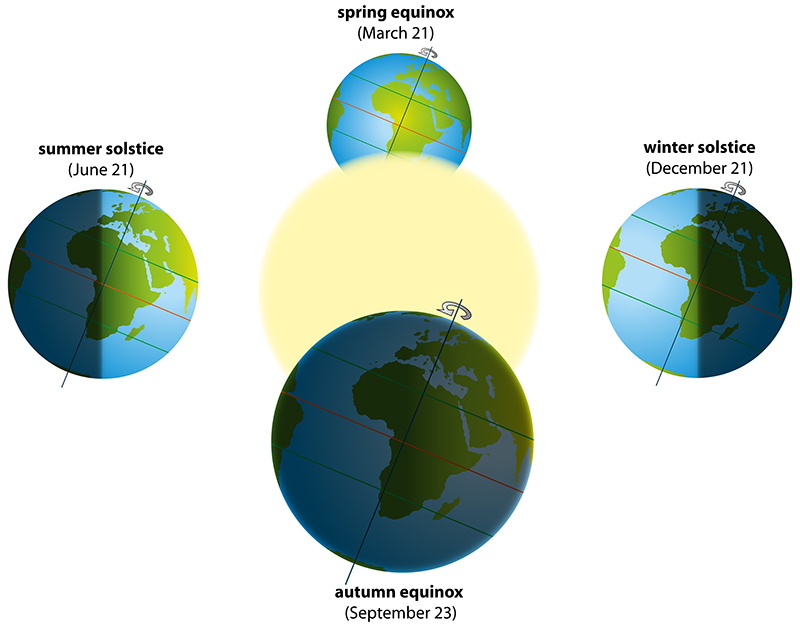 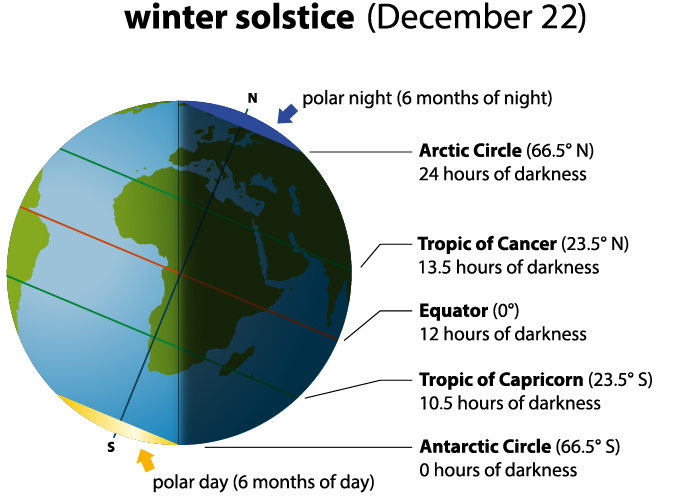 In Vancouver, at just over 49° latitude, the sun sets the earliest on December 16 at 4:14 p.m. While it sets a few minutes later on December 21, the sun doesn’t rise that day until 8:05 a.m., marking a day length of only 8 hours and 11 minutes. Monday is Vancouver’s shortest day of the year (by one second), while other regions will experience theirs on Tuesday.

If you think our days are short, try living in Iqaluit, Nunavut. The arctic city experiences their sunset on December 22 at 1:43 p.m., after only four hours and 20 minutes of day light.

But it gets worse:

Located in Siberia, Norilsk is the world’s most northern city with a population of over 175,000 people. The one-time Gulag labor camp is now a nickel, copper, and paladium mining town with some of the worst pollution in the world. To boot, those who live there experience a snow storm roughly every third day.

If it couldn’t get any worse, Norilsk residents won’t see the sun again until January 14. They’ve been in the dark since November 30.

The most interesting place to be on the Winter Solstice, however, is England’s Stonehenge. The prehistoric man-made formation dates back to 3000 to 2000 BC and features boulders aligned perfectly with the sunset on December 22. How and why the civilization at the time built Stonehenge is still up for debate, but some archaeologists believe there were both astronomical and spiritual reasons for its existence.

Today, hundreds of people, many in costume, make the pilgrimage to Stonehenge each year to watch the sun go down between its rocks and take in what has become a spiritual and festival-like event.

If you’re looking to witness the Winter Solstice sunrise or sunset at home, one website has made it easy to find the best viewing locations in cities around the world.

In Vancouver, standing on much of Kingsway between Fraser Street and Rhodes Street looking north-west will offer a spectacular view of the sunrise (if there is one) at 8:06 a.m. on Tuesday. The best sunset viewing will occur in New Westminster on any of the north-east to south-west streets between Front Street and Imperial Street at 4:16 p.m. on Monday and 4:17 p.m. on Tuesday.

The Winter Solstice Lantern Festival will also be offering a fun and family-friendly event to mark the shortest day of the year on Monday. Lanterns, fire, singing and dancing are all part of the celebration which will occur in three Vancouver neighbourhoods: Yaletown, Granville Island and Strathcona/Chinatown are the participating areas this year and will begin their festivities with a lantern procession starting at 6 p.m.

On the bright side to all of this – pun intended – the days will begin to get longer on Tuesday. If it’s taking too much to drag yourself out of bed in the pitch dark, just wait until February 27 when the sunrise will be bright and early again at 7 a.m. The real good stuff won’t happen for another six months however; on June 20, 2016, the sun will be up just after 5 a.m. and won’t go down until almost 9:30 p.m.