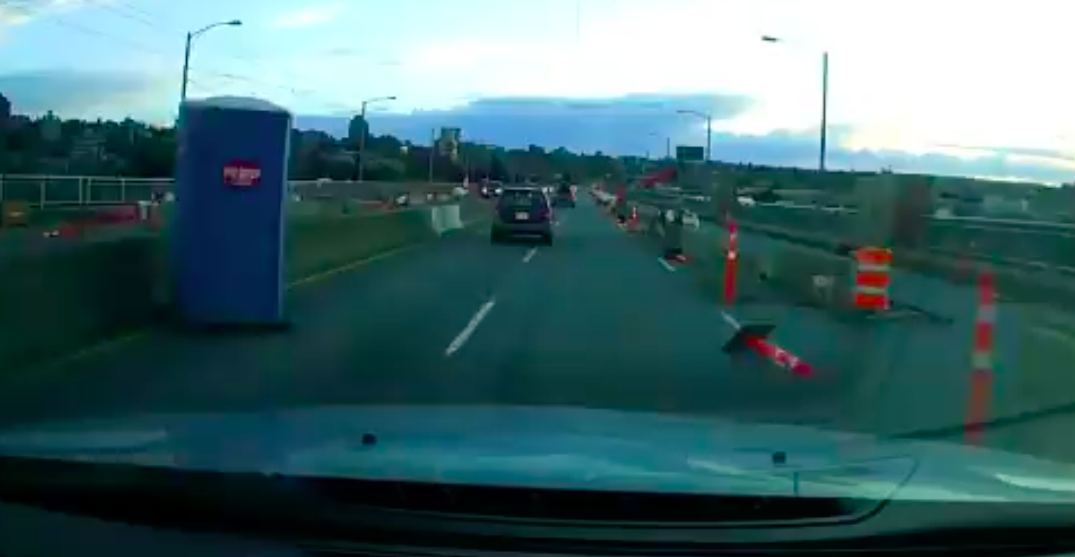 It also blew a porta-potty out of place and into traffic on the Granville Street Bridge.

In a video captured and shared to social media, vehicles can be seen manoeuvring around the porta-potty after it got stuck in the left lane.

How windy is it right now? Well … hope no one was in the porta potty when it went from the right side of the Granville St bridge to the left side. @CTVVancouver pic.twitter.com/MjiwJvUJUh

Photos of the blockage were shared online as well.

Yesterday’s storm brought powerful gusts of up to 90 km/h with periods of hail, wet snow, and sunshine.

Environment Canada said the windstorm was part of an “intense” Pacific cold front that moved across the south coast on Sunday.