Archiact, a full service virtual reality studio, is bringing VR to Vancouver with the 2016 Consumer Virtual Reality Conference and Expo on May 14.

Attend this conference and gain exclusive access to new and award-winning VR experiences like the HTC Vive, the Oculus Rift, Samsung Gear VR, and much more.  International industry leaders such as Cloudhead Games, DreadHalls, PicoVR, VRstudios, and Wavesine Solutions will showcase their best VR content and hardware available for ticket-holders to try for themselves.

Top industry players will present key insights during the packed speaker lineup on how VR/AR will transform the way we work, live, and connect with our world. With 15 speaking sessions and more than 30 exhibitors, this is one of Vancouver’s hottest tech events of the year you don’t want to miss. 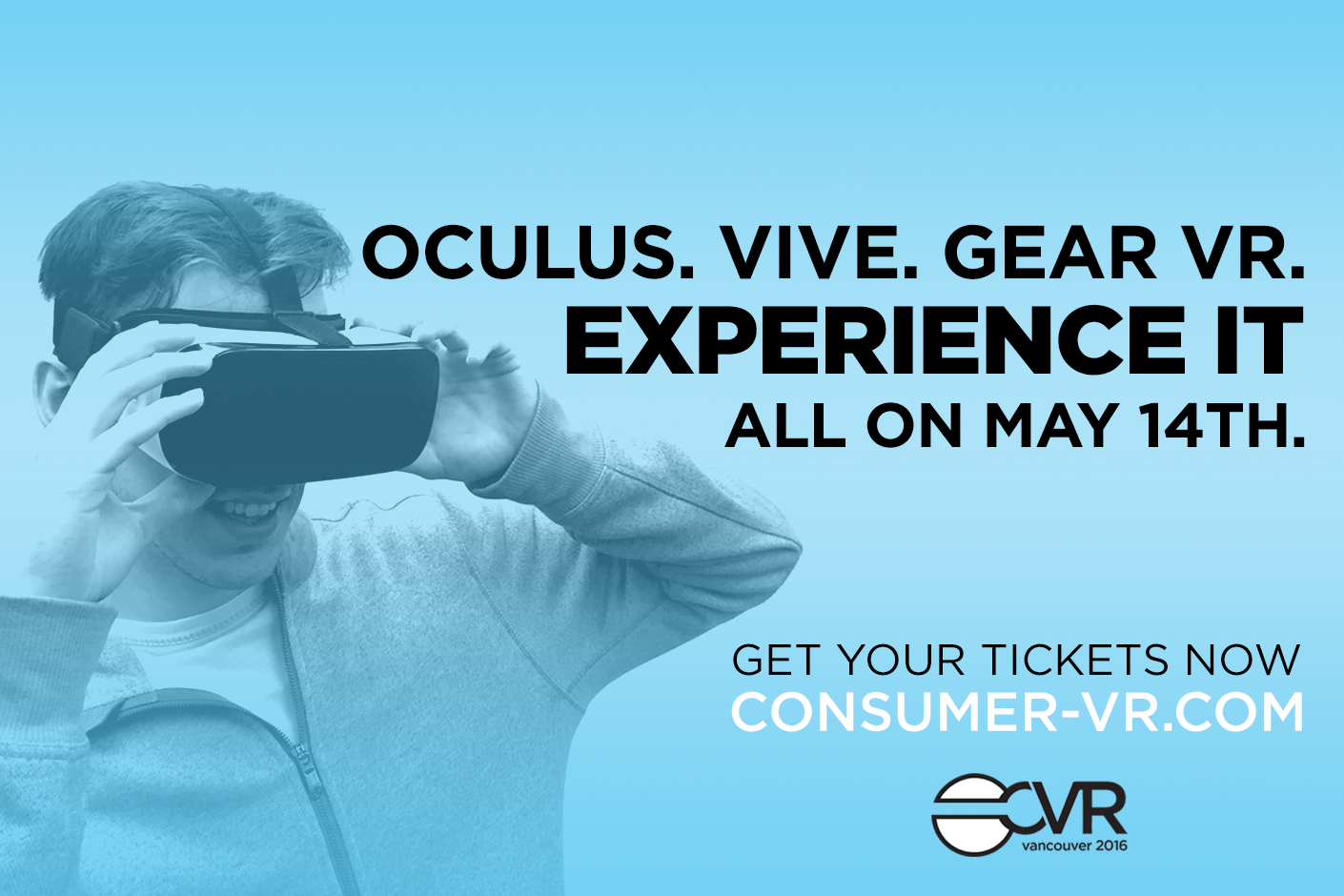 Enter for your chance to win four VIP conference passes to CVR 2016 which include: 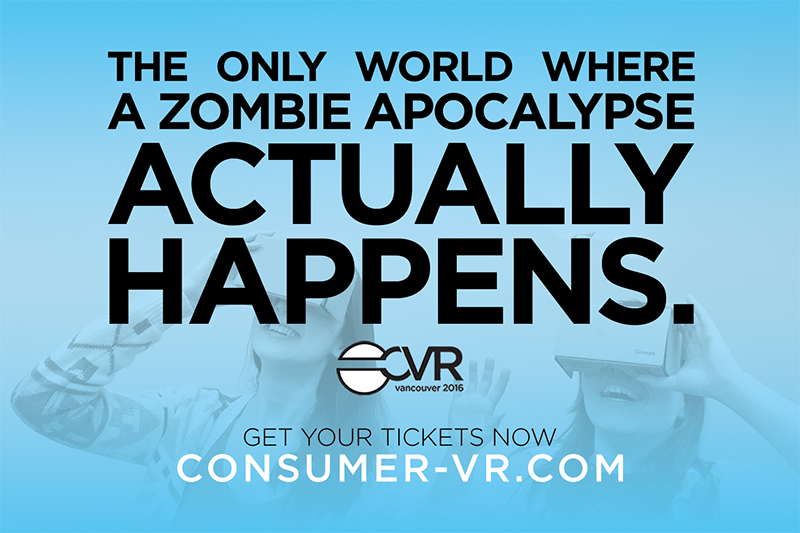 To enter to win this prize pack courtesy of Archiact, do both of the following: