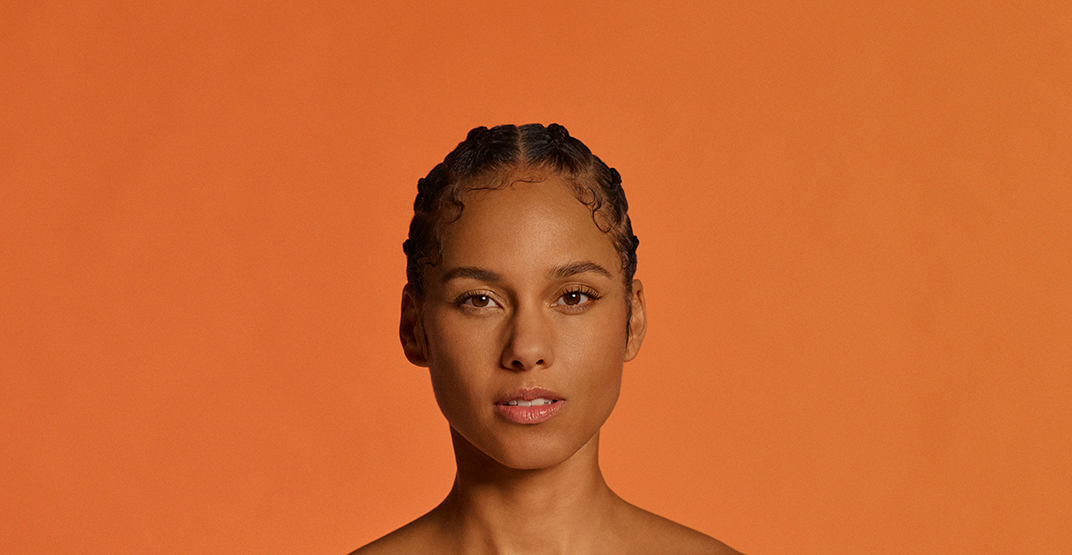 American singer-songwriter and R&B icon Alicia Keys is bringing her soulful tunes to Rogers Arena this summer as part of her 2020 world tour.

Titled ALICIA – THE WORLD TOUR, the 48-city tour will see the singer perform tracks from her highly anticipated seventh studio album, ALICIA, which is set to be released worldwide this March.

So far, we’ve gotten a taste of what to expect from the album in the form of its new single, “Underdog.” The track was called “a be-jewelled slice of pop-soul with a gently euphoric feel,” by Clash. So, you can expect more of the usual jaw-dropping, emotional music we’ve come to love from the singer.

Of course, the Vancouver performance will also include Alicia Keys’ timeless hits alongside her new material. Concert-goers should brush up on all the classics, from “No One,” to “Girl on Fire,” to “If I Ain’t Got You” and be ready to sing along.

In keeping with Alicia Keys’ down-to-earth vibes and loving nature, the show will present “a meditation on love and life” and is anticipated to be “a true celebration, filled with the magnetic energy that only live music can create.”

Tickets are currently on sale via Ticketmaster, but you can win a pair of tickets to see Alicia Keys live in concert simply by entering our contest below!

To enter to win two tickets to Alicia Keys in concert at Rogers Arena in Vancouver on August 31, 2020, do at least one of the following:

Contest entries will be accepted from the time and date of publishing until 11:59 pm on February 28, 2020. One winner will be chosen at random and contacted through the platform they used to enter. Contest only available to Canadian residents outside of Quebec.